Accessibility links
'Year Of The Fish': A Cinderella Story, In Chinatown A pretty, plucky heroine, a wicked massage-parlor proprietress, and a handsome-prince figure more perceptive than most — this modern fairy tale stays breezy, brisk and down to Earth.

'Year Of The Fish': A Cinderella Story, In Chinatown

'Year Of The Fish': A Cinderella Story, In Chinatown

Johnny (Ken Leung, left) and Ye Xian (An Nguyen) find their way to each other — with a little help from Auntie Yaga (Randall Duk Kim, below) and a talking goldfish. Funny Cry Happy hide caption 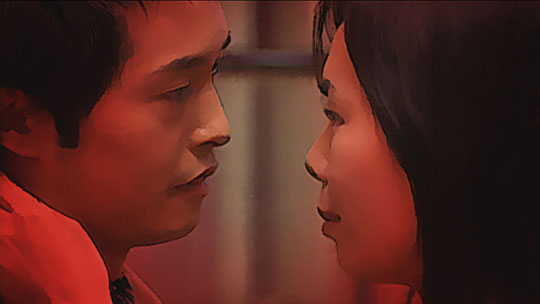 Johnny (Ken Leung, left) and Ye Xian (An Nguyen) find their way to each other — with a little help from Auntie Yaga (Randall Duk Kim, below) and a talking goldfish. 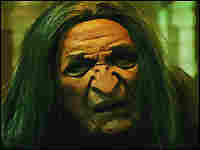 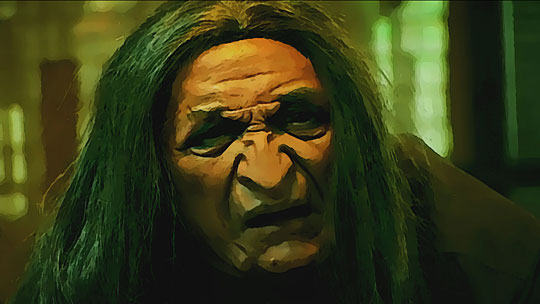 Year of the Fish

The back story is unconventional, as is the narrator, but that doesn't make Ye Xian any less recognizable as a modern-day Cinderella.

As her goldfish (yup, her goldfish) tells it in Year of the Fish, our pretty young Chinese heroine has arrived in the U.S. not realizing she's been delivered into indentured servitude. Stern massage-parlor proprietress Madame Su (Tsai Chin) holds both Ye Xian's passport and a contract that says she'll work off her passage.

When Ye Xian (An Nguyen) balks at giving massages to men who are clearly interested in having her do more than rub their backs, she's forced to work as the joint's servant — scrubbing floors, doing laundry, serving Madame and the wicked step-masseuses — and left to wonder whether someday her prince might come.

As it happens, on a trip to the market — the same one where a fortuneteller gives her the chatty little goldfish — she catches a glimpse of a potential prince. He's a handsome musician named Johnny (Ken Leung) who seems entirely capable of standing up to a New York street gang when she needs protecting, or sweeping her off her feet at a Chinese New Year's ball — and of realizing she's the girl for him without her ever doing anything so unsubtle as losing her shoe.

With more than its share of mysterious, quasi-magical figures offering advice from the sidelines — and a pretty but syrupy score underlining romantic sequences — Year of the Fish might easily have felt too precious for words.

But director David Kaplan keeps the story breezy and brisk, and he provides his down-to-Earth modern fairy tale with an appropriately otherworldly visual style through rotoscoping, a technique that makes sequences filmed with live actors appear to have been painted and then animated.

The technique is especially effective for shots that in conventional filming might seem transitional throwaways, lending aesthetic texture and weight to, say, a quick clasping of hands. And if it's less suited to the depiction of conventional domestic scenes, it comes back into its own during a festive parade through Chinatown, complete with a blocklong paper dragon that appears to have leapt directly from a painted Chinese screen onto the silver screen.