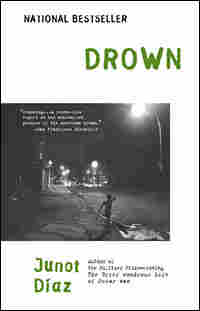 Drown by Junot Diaz is one of the books recommended for teen readers by Anne Trubek, a professor of English at Oberlin College. hide caption

The Virgin Suicides by Jeffrey Eugenides (1993)

Anywhere But Here by Mona Simpson (1986)

The Catcher in the Rye, J.D. Salinger's beloved novel, once banned and full of frank four-letter words, will continue to be assigned to high school reading lists this year.

But Anne Trubek, a professor of English at Oberlin College, argues that it's time to update Salinger's coming-of-age tale.

"It was published in 1951 and it's not so contemporary anymore," Trubek tells Scott Simon. "I think that most American teenagers will find it rather tame and sort of laughable the things that were once considered so controversial."

And in the days of Columbine, Katrina, Facebook, and YouTube, Salinger's Holden Caulfield may no longer offer a reflecting pool for adolescent angst, Trubek says. "I think his experience of adolescent alienation is pertinent, but he's also an upper-class white man who's going to a prep school."

"Many of the people who first wrote about how he was such a universal voice for American teenagers came from that same class and had the power and prestige to write about him," Trubek says. "And people who have different backgrounds may not have felt the same at the time and may not feel the same today."

Trubek is not arguing that The Catcher in the Rye didn't deserve its acclaim as an instant American classic, but she points out that classics are man-made. "No reason why we couldn't do the same with some of the things that have been written in the last 10 years."