Accessibility links
Bacardi Biography Details The 'Fight For Cuba' Tom Gjelten's new book, Bacardi and the Long Fight For Cuba, threads the history of the family-owned Bacardi Rum Co. together with that of the nation in which it was founded. 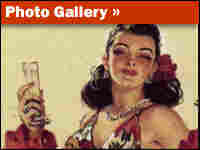 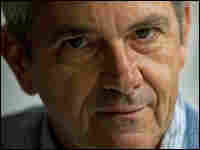 Tom Gjelten explains how the Cuba Libre got its name 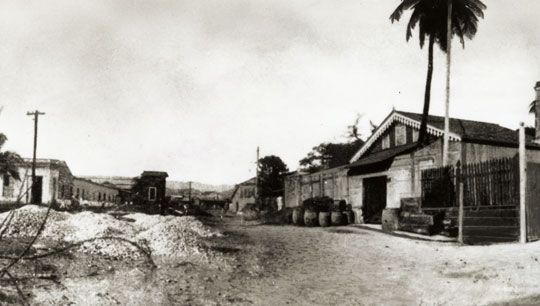 Pepin Bosch directed the reorganization of Bacardi operations outside Cuba after Castro exiled the family and confiscated the company's facilities in the 1960s. hide caption 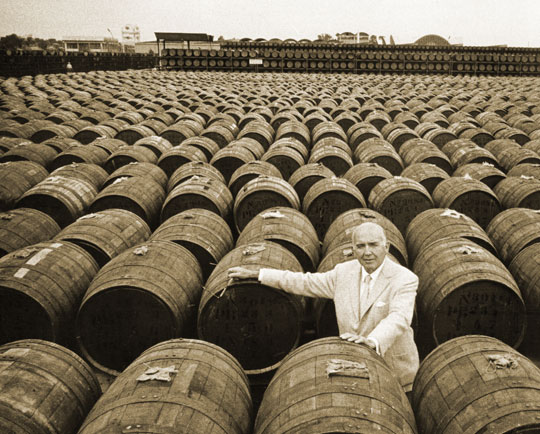 Pepin Bosch directed the reorganization of Bacardi operations outside Cuba after Castro exiled the family and confiscated the company's facilities in the 1960s.

Listen to the stories that inspired the book.

Tom Gjelten's new book, Bacardi and the Long Fight For Cuba: The Biography of a Cause, threads the history of the family-owned Bacardi Rum Co. together with that of the nation in which it was founded.

The Bacardi family business began in 1862, when Facundo Bacardi, an immigrant from Spain, opened a small distillery in Santiago, Cuba, and set forth to change the image of rum.

Previously, Gjelten says, rum had been a "rough man's drink," favored by sailors and buccaneers, but Facundo decided to make it a lighter drink, one that could be mixed with other things and enjoyed by a broader group of consumers.

The strategy worked. Bacardi rum — and the fruity concoctions it mixed with — became emblematic of Cuba's status as the tourist capital of the Caribbean, an island of tropical delights, nightclubs and casinos. One of the company's first advertising slogans boasted that Bacardi rum was "the one that has made Cuba famous."

Over the years, the company's entrepreneurial identity became intertwined with Cuba's search for national identity. In the 19th century, Facundo's son, Emilio, was arrested twice and exiled after becoming involved in Cuba's war of independence from Spain.

"One of the ways that [Bacardi] established their reputation as a Cuban company was by emphasizing their patriotic credentials and their close association with Cuba," says Gjelten.

In the 1950s, the family's support for Fidel Castro in the Cuban Revolution was a natural carryover from 100 years of involvement in Cuban nationalistic movements. Pepin Bosch, the chairman of the company at that time, gave tens of thousands of dollars of his own money to the cause — as did other members of the family.

"When Fidel Castro came to power in 1959, there was no Cuban company more associated with the revolution than the Bacardi Rum Co.," says Gjelten.

But the alliance was short lived; a year and a half after taking power, Castro appropriated all of the Bacardi properties, and most of the family was exiled. The company continued to thrive, however, largely because the family had created independent companies outside Cuba in the 1950s.

Looking ahead to a post-Castro era, Gjelten says the Bacardis' involvement in Cuba may not be over.

"There is a deep Cuban identity in this company," he says. "Just as the Bacardis have been a big force and presence in Cuba for over a century, I think we cannot at all discount the possibility that they could be a force in Cuba in the future."

Excerpt: 'Bacardi And The Long Fight For Cuba' 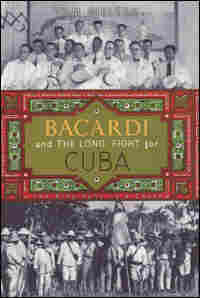 A bottle of white Bacardi rum sold in the United States bears a small logo — mysteriously, a bat — and a label that says "Established 1862." Just above the date are the words "PUERTO RICAN RUM." There is no mention of Cuba.

The Bacardi distillery in San Juan is the largest in the world, but the Bacardis are not from Puerto Rico. This family company for nearly a century was Cuban, cubanisima in fact — Cuban to the nth degree. In the middle of the nineteenth century, Don Facundo Bacardi, the company founder and family patriarch, pioneered Cuban-style rum, lighter and drier than the rough spirit that preceded it. Bacardi rum became the drink of choice on the island just as Cuba was becoming a nation. Bacardi sons and daughters were famous for their patriotism, standing up first against Spanish tyranny and then, in the next century, against the island's home-grown dictators. The family company played another supporting role as Cuba established its cultural identity, becoming the leading corporate patron of Cuban baseball and salsa music. Bacardi was Ernest Hemingway's rum and the rum of the Cuban casino crowd. When Fidel Castro launched his uprising in the mountains outside Santiago de Cuba, their hometown, the Bacardis cheered him on. They did not abandon Castro so much as they were abandoned by him; they left Cuba only after the revolutionary government expropriated their rum business. Nearly fifty years later, the family name is still revered on the island, and the Bacardis are thinking about making rum there again.

Over many tellings, the Cuba story has hardened around a few stale themes — Havana in its debauched heyday or Fidel Castro and his dour revolution — and it has lost much of its vitality and wholeness. This book originated in my search for a new narrative, with new Cuban characters and a plot that does justice to this island that produced the conga line and "Guantanamera" as well as Che Guevara's five-year-plans. I have tried to give a nuanced view of the nation's experience over the last century and a half. Cuban history was not preordained. There were choices made and paths not taken, and the men and women who were excluded and then exiled deserve to have their contributions recognized, if only to understand why so many became so angry. The Bacardi saga serves all these purposes.

For Cubans, patriotism began with the effort of poets and intellectuals to define the idea of a distinctly Cuban people out of the mix of Europeans, Africans, and natives who inhabited the island. Cuba then needed to free itself from three centuries of harsh Spanish rule and the dominating U.S. influence and become a sovereign, viable, and honorable country. Given the island's cultural mix and plantation-based social structure, this fight necessarily incorporated a struggle for racial equality and economic justice, but it cannot be reduced to a story that ends inevitably with Fidel Castro's socialist revolution. Other threads can guide us, such as that of the Bacardi family in the eastern city of Santiago de Cuba, the cradle of Cuban nationalism.

There was a time when no name in Santiago carried more prestige. Emilio Bacardi, the son of the patriarch Don Facundo, spent much of his adult life conspiring against Spanish rule and later served as Santiago's first Cuban mayor. Emilio's own son Emilito fought heroically in Cuba's war for independence. But the Bacardis were also remembered in Santiago for their class and character. While they lived in elegant homes, rode in chauffeured carriages, and sent their children to exclusive private schools, they were also known as good Santiago citizens, generous and warm-hearted and fair. And they loved to party. The Bacardis probably contributed more than any other local family to Santiago's reputation as a playful, joyous city with a vibrant night life. There was no festival in Santiago without Bacardi rum.

In Fidel Castro's revised version of Cuban history, the era before his revolution was characterized mainly by decadence, and the country's elites were corrupt. The Bacardis are barely mentioned, because their record of patriotism and integrity does not match the Castro stereotype. Their family business was widely recognized as among the best run enterprises in Cuba, and the company management was known for progressive policies and good labor relations. The Bacardi chairman in the 1950s, José "Pepín" Bosch (married to the founder's granddaughter), served for a time as Cuba's Finance Minister and broke precedent by pursuing wealthy tax cheats. When Castro went to Washington, D.C., shortly after taking power, Bosch was the one Cuban businessman he brought with him. Their break came after Castro embraced socialism; the Bacardi example had inconveniently demonstrated that there actually were capitalists who could play a responsible role in a democratic Cuba.

I do not, however, propose the Bacardis as would-be saviors of Cuba. The Bacardi story appeals to me in part simply because it contains so many critical but unfamiliar elements of the modern Cuban drama. At every stage of the nation's development over the past century and a half, there is some Bacardi angle, some family member who is a key witness or behind-the-scenes player, or some Bacardi-related episode that epitomizes the historic moment. Countless families in eastern Cuba, for example, shared their Catalan and French roots, and by making and selling rum from Cuban molasses, the Bacardis pursued an enterprise tied directly to the country's social and economic development. They came of age with the Cuban nation, and the epic tale of their lives and adventures across several generations features classic Cuban themes: revolution, romance, partying, and intrigue.

After Fidel Castro ordered the confiscation of their property and made clear they and others like them were no longer welcome in the new Cuba, the Bacardis left the island, rebuilding their rum enterprise through their operations in Puerto Rico and Mexico. In exile, they took on a new leadership role, this time as organizers and financiers of the anti-Castro opposition. Fidel lost an important ally when he pushed the Bacardis out, and he gained a determined adversary. The Bacardi-Castro conflict came to symbolize the division of the Cuban nation and the rival claims on the country's history. In the first years of the twenty-first century, when the burning Cuban question was what would follow the Castro era, the Bacardis were once again players. Few products are so associated with Cuba as rum, and the family that made Cuban rum famous was anxious to reclaim a piece of that industry, one of the few on the island with promising growth prospects no matter who was in charge.

There is another story buried in this tale, too. Just as Bacardi history helps explain modern Cuba, the company's Cuba connection helps us trace the evolution of a unique family firm. Bacardi Limited entered the twenty-first century as a genuine multinational, headquartered in Bermuda, with a product line that included whisky, gin, vermouth, vodka, and tequila, as well as rum. It nevertheless remained a private business wholly owned by a single family still feeling its Cuban identity. Its evolution reflects the strengths — and also the risks and challenges — of a closed, dynastic enterprise in an interconnected global economy. The company's sense of heritage helped it survive after the loss of its Cuban headquarters, but there was inevitable tension between the old political values and the new focus on investment returns. On the eve of the post-Castro era, the Bacardi-Cuba connection set up a test that would reveal how the company had changed over the years: If it went back to Cuba — as it said it would — would it prove to be just another big, soulless corporation vying for a piece of the action, or would it return as the family company playing a patriotic role? 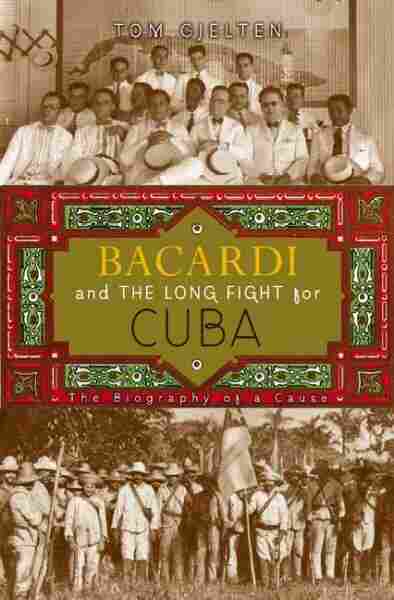 Bacardi and the Long Fight for Cuba