Accessibility links
Matthew Dowd, Turning Sour on Bush Matthew Dowd, the chief strategist for President Bush's 2004 campaign, stunned many by telling The New York Times he has lost faith in the president and feels it is time to withdraw troops from Iraq.

Matthew Dowd on His Role in Polarizing the Electorate in 2004 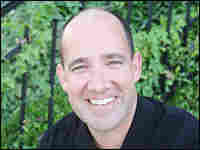 A Political Convert (Twice Over)

Unlike Karl Rove, Matthew Dowd is not a household name. He is not a regular source of fodder for late-night comedians. He does not have an office in the White House. He doesn't even live in Washington, D.C. Yet Dowd, 45, was arguably just as important as Rove in getting President Bush elected to the White House. Twice. Scroll down to read a profile of Dowd.

Matthew Dowd was the chief strategist for President Bush's 2004 re-election campaign. Formerly a Texas Democrat, Dowd was impressed by then-Gov. Bush's talent for governing from the center and cooperating with Democrats. He switched parties and went to work for the Bush campaign.

That's why many were stunned when Dowd told the New York Times recently that he'd lost faith in President Bush and felt it was time to get out of Iraq. Dowd tells Robert Siegel why he has grown disenchanted with the man he helped elect.

What was it that disenchanted you with President Bush?

It wasn't one thing. I mean, when we — when I joined him in '99 and 2000, and did the re-elect in 2004, my hope and sort of my aspiration was that we could take the same things that were done here in Texas, bridging divides with the Democratic lieutenant governor and the Democratic speaker here, and working on behalf of the people of Texas. And as I looked at Washington and the polarization that existed in Washington, it was my hope and our hope that that would be done and could be done up there. And, you know, over time things happened. And, you know, when you add it all up, that consensus-building and bridging those divides and reaching across the aisle and trying to get things done just never happened.

When the president was asked about The New York Times story in a news conference, he said, "I respect Matthew. He was an integral part of my 2004 campaign." But then he said that you have a son in the Army who is awaiting deployment, and he said, "I understand his anguish over the war. I understand this is an emotional issue for Matthew, as it is for a lot of other people in our country." Is he right about that?

Yeah, he's right about all the facts that he laid out. But my — my conclusion on Iraq specifically, it's hard to say has nothing to do with that, but there's much more involved in what I believe about decisions that have been made, especially related to Iraq, than have to do with the direct interest of my son.

There is, though, an inference that some drew from the president's comment that "it's an emotional issue for Matthew" that it's not an intellectual dissent, that there's something more heartfelt or visceral at work here.

Well, it's interesting. I think all the best decisions we make are heartfelt. And so part of what's in my heart is — is, obviously, my son. But it has much more to do with the whole panorama of the issues involved in Iraq than just one single thing about my son.

When I interviewed you in 2004, we talked about Iraq. During that campaign, Iraq, for most Democrats, was viewed as a discrete, separable conflict from the war against al-Qaida, the war against terror. For Republicans, it was the central front in the global war on terror. You linked Saddam Hussein to the war on terror. In 2004, did you believe it sincerely, and do you believe it now?

Well, I always — I've always tried to be one that, whatever information I have and what I feel in my heart, I say it.

And so I think — like many Americans, and like many leaders of both political parties — people that voted for the resolution, we all were under the sort of impression, with the information presented, that Saddam Hussein was involved in trying to, you know, build weapons of mass destruction and all those other things that could obviously impact the world on terror. We all — everybody thought that — the previous administration, this administration — but it turns out that wasn't true.

But by 2004, that was very much in dispute. And people had raised questions about vague Czech intelligence reports of a meeting in Prague between Sept. 11 hijacker Mohamed Atta and somebody else. It was in debate. To what degree was this a policy belief of yours? Or were you the good, professional partisan, and your job was to make the case for the Bush campaign?

Again, as it turned out, that turned out not to be the case. Also [it's] — as I'm hired and I'm part of a campaign, I don't agree with every single thing the president did, even back in 2000 and 2004 — but I have to say it's a little bit of both. I believed what we knew at the time. Even though as time went on, we learned differently, it's — you know, it takes a bit for people to sort of go through this conversion process.

Well, part of that is breaking with what you said, as in effect saying, "I was wrong." But what would you say is right today? What should be the policy in Iraq?

In my view — and I'm not a military person — in my view, we should pick from between one of two policies. We should either bring our — we should admit that it's a mess there, and we need to get our soldiers home, and the loss of blood is not going to accomplish anything. We should either do that, or we should do some wholesale change in the policy, where we really — the idea that we're going to have a surge of 20,000 or 25,000 or something — if we really wanted to say we're going to really change what's going on there, it's going to take, you know, 100,000 or 200,000 [troops]. The problem with that, I think, is that the American public just would not support that.

Just one other point I wanted to raise with you. It seems that President Bush, first, in his commitment to defend former Defense Secretary Rumsfeld — when there was a chorus of people from both parties and former generals suggesting that the secretary should go — and in his current treatment of Attorney General Gonzales's woes with the dismissal of the U.S. attorneys — the president seems to be remarkably loyal to the people whom he has brought into government. And personal loyalty seems to figure a great deal in this. Did the president's relationship and his sense of loyalty figure in your calculus of how to go about publicly breaking with him? 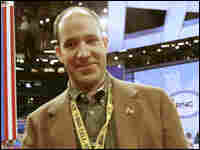 Unlike Karl Rove, Matthew Dowd is not a household name. He is not a regular source of fodder for late-night comedians. He does not have an office in the White House. He doesn't even live in Washington, D.C. Yet Dowd, 45, was arguably just as important as Rove in getting President Bush elected to the White House. Twice.

Dowd played a key role as a pollster in 2000 and was appointed the president's chief strategist during the 2004 campaign. He has also worked as an adviser to California Gov. Arnold Schwarzenegger. He has even advised the NBA, which was trying to repair its image after a brawl between players and fans in 2005.

Dowd is considered an expert at interpreting polls, someone with a sixth sense for which way the political winds are blowing. During the 2004 campaign, Dowd was one of those responsible for painting Democratic Sen. John Kerry as a flip-flopper who could not be trusted with matters of national security.

That makes Dowd's recent comments all the more surprising. In a wide-ranging interview with The New York Times, Dowd called for a withdrawal of U.S. troops from Iraq and criticized President Bush for failing to unite the nation, as he had promised during his campaigns.

"I really like him, which is probably why I'm so disappointed in things. I think he's become more, in my view, secluded and bubbled in," Dowd told the Times.

The New York Times interview was not Dowd's first public criticism of President Bush. Here's what he wrote in Texas Monthly in March:

"The problem is that his gut-level bond with the American public has been seriously damaged and may be lost.... When many of us thought we would have helped solve the problem of polarization, we're in an even more polarized place."

Dowd got to know Bush and Rove when he worked for Texas Lt. Gov. Bob Bullock, a Democrat who became Bush's close ally. But Dowd never quite fit in with the Bush team. He preferred jeans and casual shirts to a jacket and tie. And he is a fairly recent convert to the Republican Party.

Dowd had been a life-long Democrat, but he switched party allegiances in 1999. Partly, he says, because he was disappointed by the Clinton years, and partly because he saw President Bush, then governor of Texas, as someone who could bring a spirit of cooperation to Washington.

"It's almost like you fall in love. I was frustrated about Washington, the inability for people to get stuff done and bridge divides. And this guy's personality — he cared about education and taking a different stand on immigration," he told The New York Times.

One of 11 children, Dowd grew up in Michigan, where his father worked for Chrysler. When asked about his family's political leanings, Dowd once said, "They split about the way the country does. On any given day it is 50-50."

Dowd traditionally has shied away from the media, and tried to keep his personal life separate from the professional. However, it is now part of the story bubbling inside the Beltway.

In recent years, Dowd has suffered personal hardship: the death of a premature twin daughter and a divorce. His son, an Army intelligence specialist, is scheduled to serve in Iraq soon. That fact, President Bush and two top aides have suggested, explains why Dowd is now speaking out publicly against the war.

Dan Bartlett, counselor to the president, told CBS' Bob Schieffer on Sunday that Dowd's position was a question of personal emotions.

"He himself has acknowledged that he's going through a lot of personal turmoil," Bartlett said. "But also, he has a son who is soon to be deployed to Iraq. That could only impact a parent's mind as they think through these issues. I say that only in the sense that I know it's something that weighs heavily on him."

Dowd, in an interview on All Things Considered Friday, acknowledged that his son's situation is a factor in his decision to speak out now. But he insisted that it is not the only factor: "I think all the best decisions we make are heart felt. Part of what is in my heart is obviously my son. But it has much more to do with the whole panorama of the issues involved in Iraq than just one single thing about my son."