Accessibility links
Rickie Lee Jones' Divine Departure Rickie Lee Jones' first original album in four years comes with a little heaven-sent inspiration. The Grammy Award winner's new album, The Sermon on Exposition Boulevard, was inspired by the words of Jesus, and tells stories of the worldly and the divine.

'Circle in the Sand' 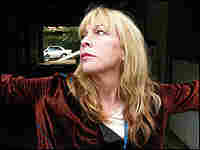 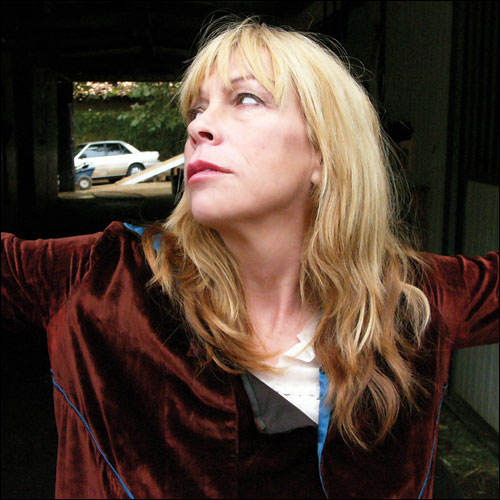 She Sings 'Falling Up' in NPR's Studios

On 'All Songs Considered'

In Rickie Lee Jones' heaven, Janis Joplin works at the corner bar and folks ride around in Elvis' Cadillac.

It's a paradise that only the "Dutchess of Coolsville" could imagine, and one she's brought to vivid life in her new album, The Sermon on Exposition Boulevard.

The Grammy winner's first original album in four years was inspired by the words of Jesus – some with a bit more poetic license than others.

Jones isn't religious in the traditional sense. Growing up, she occasionally attended Catholic mass, but was never baptized. She tells host Debbie Elliott that in America, Jesus is "kind of owned by the religious right."

Jones says her album is an attempt to spark a conversation about Jesus' teachings, and make him more accessible to people who don't go to church.

She credits longtime friend Lee Cantelon with providing the genesis of her new album. In 1997 Cantelon published The Words, a compilation of Jesus' words taken from the four Gospels of the New Testament.

He turned his book into a spoken-word project, and in 2005 he asked Jones to read a passage. Rather than do a reading, Jones improvised and sang "Nobody Knows My Name," which eventually became the first track on the album.

The Sermon on Exposition Boulevard doesn't stray entirely from Jones' bohemian roots. The lyrics, which tell stories of the divine and the worldly, still contain her beat-poet style.