Forecasters Look Beyond Hanna To Ike

Forecasters Look Beyond Hanna To Ike 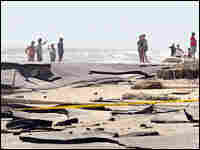 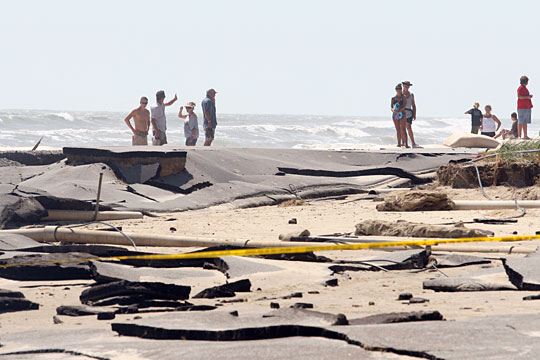 Hurricane Ike grew to a Category 4 storm with 135 mph winds as it headed toward the Turks and Caicos islands Saturday. Forecasters say if it remains on its present course, Ike could hit the Gulf Coast early next week. Emergency management officials have ordered a mandatory evacuation of all visitors to the Florida Keys.

In Haiti, authorities tried to move thousands of people into shelters ahead of Ike, while they struggle to recover from Tropical Storm Hanna. The storm has been blamed for disastrous flooding and more than 160 deaths. Rescue workers feared the death toll could rise and that aid efforts could be further hampered as Ike approaches.

Hanna did not pack the same punch while racing up the East Coast of the U.S. on Saturday, but it did cause one death in a traffic accident on Interstate 95 in Maryland.

It also brought fits of wind and pelting rain on its trek toward New England. It didn't linger long enough to cause widespread damage, although more than 100,000 people lost power at some point.

Forecasters say Ike could become the fiercest storm to strike South Florida since Andrew in 1992. That hurricane did more than $26 billion in damage and was blamed for 65 deaths.

"Ike is a major hurricane. For those of you who remember 1992's Hurricane Andrew, which was a Category 4 and later reclassified as a Category 5, the effects can be devastating," he said.

Officials in Miami-Dade and other southern coastal cities say they may call for voluntary costal evacuations, beginning Sunday.

In preparation for Ike, the Federal Emergency Management Agency was positioning supplies, search and rescue crews, communications equipment and medical teams in Florida and along the Gulf Coast — a task complicated by the hurricane's changing path.