North Korean leader Kim Jong Il is reported to be in failing health. North Korean officials denied the report, while a U.S. intelligence official told NPR that Kim may have suffered a stroke in recent weeks.

Now to reports that the man known to his people as the Dear Leader could be gravely ill. We are referring, of course, to the North Korean leader Kim Jong Il, who didn't show up at his country's 60th anniversary parade yesterday. Today, North Korean officials denied that he's in failing health, but yesterday a U.S. intelligence official told NPR that he may have suffered a stroke in recent weeks. NPR's Anthony Kuhn is following the story from Beijing, and he joins us now live from Beijing to talk about it.

And Anthony, what is the word from North Korea?

ANTHONY KUHN: Well, the word comes from North Korea's second highest leader, Kim Yong Nam, that there is no problem with Kim Jong Il's health. And there was another similar message from a North Korean diplomat who's in charge of normalizing relations with Japan. He said not only are these foreign reports baseless, but, in fact, they're a conspiracy by Western media. But there's been no word from North Korea to its own people that their leader was, in fact, not at this major parade yesterday.

MONTAGNE: Is there any evidence to support the North Korean claims, because there have been reports for a few weeks now that he is unwell?

KUHN: That's correct. South Korean media reported that he actually collapsed on August 22nd. He hasn't been seen since August 14th. Then again, this has happened before. He's dropped out of sight for a month and then reappeared inspecting some facility somewhere. On the other hand, his father's death, Kim Il Sung, was not reported until 34 hours after the fact. So today's developments are certainly not going to put these rumors to bed.

MONTAGNE: And what about North Korea's nearest neighbors, South Korea and China? How are they taking this news? Seriously?

KUHN: Oh, very seriously. South Korea's President Lee Myung-bak called his advisors into an unscheduled meeting to discuss how to respond to this. The South Korean military establishment was looking to see if there was any movement by the North Korean military over the border. There wasn't. China sent congratulations to North Korea on the 60th anniversary of the founding of the state. And they would be on point to deal with North Korea as closest ally if there was a power struggle. So it's being taken very seriously in the region.

MONTAGNE: And, of course, here in the U.S. this would be of great concern. U.S. intelligence officials say they have, quote, "high confidence in assessing that Kim suffered a stroke last month." But the U.S.-led effort to eliminate North Korea's nuclear weapons program is also potentially at issue at here.

KUHN: It sure is. I mean, look how difficult it is even without any news that Kim Jong Il has died. The North Koreans say they may reconstruct their main nuclear reactor out of discontent that the U.S. has not delisted them from its list of state sponsors of terrorism. If there were a succession crisis, it could also involve a battle for North Korea's nuclear assets. And this is why people in the region are very concerned.

MONTAGNE: Well, if Kim Jong Il is incapacitated or if he dies, who is likely to take over?

KUHN: Well, this whole thing calls attention to the issue of succession. There is no mechanism for choosing a new leader. And of Kim Jong Il's three sons, none has been groomed to take over the leadership as Kim Jong Il himself was. And so right now, it looks like the military is in the strongest position to pick the next leader. And that's something that's very, very worrying for a lot of people, because the military have taken a hard line on nuclear disarmament and other issues.

MONTAGNE: Anthony, thanks very much.

MONTAGNE: NPR's Anthony Kuhn speaking to us from Beijing on reports that the leader of North Korea is gravely ill. 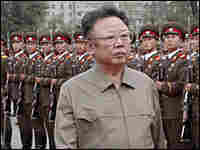 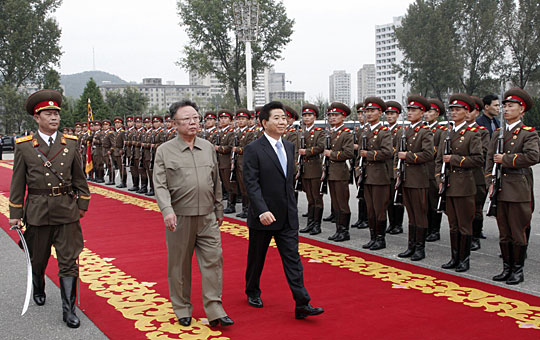