Listen
Geoffrey Canada: 'Whatever It Takes' To Teach Kids 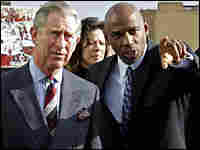 The Harlem Children's Zone, writes New York Times reporter Paul Tough, is "the first and so far the only organization in the country that pulls together ... integrated social and educational services for thousands of children" — all under one umbrella, all in one place, all at one time.

It's the brainchild of education and social-services reformer Geoffrey Canada, and it's nothing less than an audacious poverty-eradication effort that, as Publishers Weekly explains, is "predicated upon changing everything" in the New York City neighborhoods it targets, "creating an interlocking web of services targeted at the poorest and least likely-to-succeed children."

The agency, with an annual budget of $58 million, serves 8,000 kids in a 97-block neighborhood of Harlem. Tough, who's spent five years reporting on Canada's organization, and who's written a new book on the project, writes that "as students progress through an all-day prekindergarten and then through a charter school, they have continuous access to community supports like family counseling, after-school tutoring and a health clinic."

All of that institutional structure, Tough explains, is "designed to mimic the often-invisible cocoon of support and nurturance that follows middle-class and upper-middle-class kids through their childhoods."

Tough's new book on the Harlem Children's Zone is called Whatever It Takes: Geoffrey Canada's Quest to Change Harlem and America.

He and Geoffrey Canada join Terry Gross to discuss the genesis and the implications of a program whose ultimate goal, as Tough writes, is "to produce children with the abilities and the character to survive adolescence in a high-poverty neighborhood, to make it to college and to graduate." 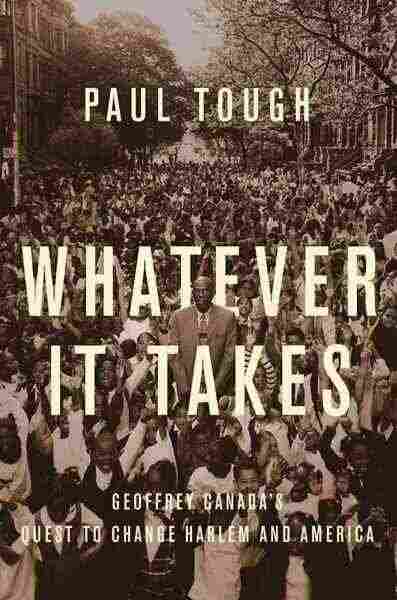