Listen
Elvin Bishop: Back To The Blues

Send You Back to Georgia

Keep a Dollar in Your Pocket 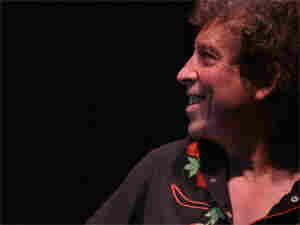 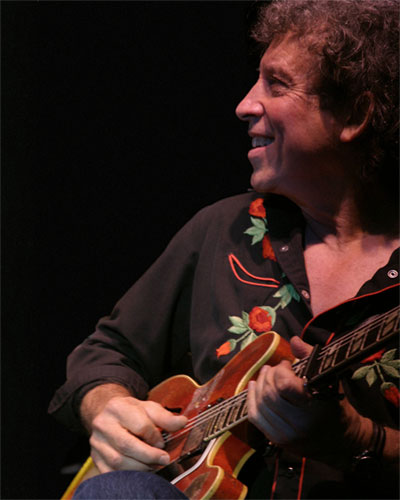 After living in Iowa and Oklahoma for most of his young life, Elvin Bishop first journeyed to Chicago in 1960 in search of the blues. During that time, the Chicago scene was unusually vital: On any night of the week, fans could wander into a club and see most of the all-time greats. It was there that Bishop learned from legends such as Paul Butterfield and Hound Dog Taylor.

Bishop is still active — he's played the blues for 45 years — and on his new album, The Blues Rolls On, he's joined by B.B. King, Derek Trucks, Warren Haynes, George Thorogood and many more. He spoke with Weekend Edition Saturday host Scott Simon about his early career and his love of playing the blues.

"Without exaggerating," Bishop says, "there had to be at least a hundred blues clubs in Chicago on the South Side and the West Side. Any night of the week, you could go and see Muddy Waters or Howlin' Wolf or Little Walter, Magic Sam, Otis Rush, Hound Dog Taylor, Junior Wells, Buddy Guy, any of those guys and a lot more for two bucks a night."

Bishop admits that times then were different, especially when it came to the audiences at blues concerts.

"I'd go to places and I'd most likely be the only white guy there," Bishop says. "Now, you'd go to a blues concert and there's no black people there."

Bishop attributes much of the difference in popularity to a changing dynamic of black culture.

"The blues sprang out of the Mississippi Delta, and then it moved up to Chicago," Bishop says. "It was the music that expressed the lifestyle that was going then with black people. And then the other music came in, you know, and kind of kicked blues out. It didn't really express the culture that was going on anymore. But I fell in love with the music as I first found it, and I've stayed in love with it."

Bishop says that he first came to find and love the blues while living in Oklahoma in the 1950s, in a time and place where the only way to find new music was through listening to AM radio.

"The mixing of the races was totally discouraged at that time in Oklahoma," Bishop says. "It was before the civil-rights thing happened. [But] they could not segregate the airwaves. I heard it on the radio and just fell in love with it, went crazy. See, I was born in 1942, so for the first part of my life, way up into my teenage times, there was no rock 'n' roll. The best you could do was Frank Sinatra and 'How Much Is That Doggy in the Window?' And then Elvis and Chuck Berry, Fats Domino, Jerry Lee Lewis came in, and that was great. And then I heard blues and said, 'Oh! That's where the good part of rock 'n' roll is coming from. That's it.'"

Close To The Blues

Inspired by the sounds he was hearing from the radio, Bishop decided to attend the University of Chicago to be closer to the blues. He recorded and toured with the Paul Butterfield Blues Band, and his own projects featured his legendary slide guitar and impassioned stage presence.

Bishop says that the goal of his latest album, The Blues Rolls On, was to revisit classic songs and collaborate with blues players of today. One such song was "Send You Back to Georgia," which features George Thorogood.

"I thought George was a lot like Hound Dog Taylor, because he just goes for it," Bishop says. "A lot of the stuff is what you'd call 'not musically correct,' but he just stands up there and plays it wrong and makes people like it.

"The idea of the tune was to take some of the songs from the old guys that really helped me out a lot, that I was lucky enough to be around when I was first starting out," he says, "and try to connect it up with some of the artists of today that I thought had a logical connection — a feeling to show how the blues flows from one generation to the other."