Accessibility links
Broadway Songs Teach A Wall Street Seminar Broadway musicals of the 1960s were surprisingly good at explaining complicated economic matters. Before tourists took over the Great White Way, the "tired businessman" was the target audience. These four songs are particularly illustrative of the kind of vaudeville mixed with corporate-speak that the businessman favored. 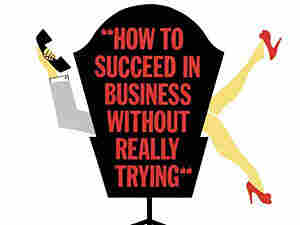 The crisis on Wall Street has a lot of people singing the blues. But you can also take your cues, both musical and financial, from Broadway.

Back in the 1960s, if you were putting on a Broadway musical, you wanted it to appeal to a guy called the "tired businessman." Before tourists took over the Great White Way, he was the target audience — rich, bored and sitting in an office at showtime right near the theater district.

But he was the tired businessman because he'd just spent all day at work. So rather than put him to sleep with love songs, producers pushed chorus girls doing high kicks: vaudeville-style comedy.

This new style was invigorating enough to keep the shows in the black for more than a year, but it also proved the tired businessman's last hurrah. Within just a few seasons, producers were courting tourists more than New Yorkers, and Broadway had removed from its portfolio — more or less permanently — its little seminar on Wall Street.

These four songs are particularly illustrative of the kind of vaudeville mixed with corporate-speak that the businessman favored. 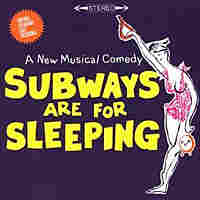 Subways Are For Sleeping

Sydney Chaplin plays a charming former businessman, now living in Grand Central Station, who in the song "Capital Gains" tells the story of his rise and fall in the business world to a magazine reporter played by Carol Lawrence. It's a classic tale of real-estate speculation gone bad, and it lays out the dynamics of a speculative bubble bursting quite clearly. 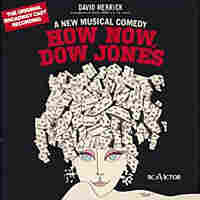 The musical's story is as idiotic as its title: A guy has been putting off his girlfriend's queries about marriage by saying he'll agree to wed when the Dow Jones average tops 1,000 (this was 1967, remember). And, since she's the voice of the New York Stock Exchange, she gets impatient and simply announces that it has done so. Comedy should ensue, but doesn't. This song, though, begins the show and offers an explanatory tour of the NYSE. 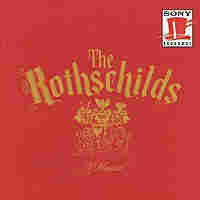 The Rothschilds tells the story of the rise of Europe's premier banking family from its humble origins as German street peddlers in 1772 Frankfurt to a position of such influence that they were able to secure a declaration of rights for European Jews in the early 1800s. When Austria's Prince Metternich tries to renege on that agreement, they bring him around in the song "Bonds" by underselling him on his country's peace bonds, nearly bankrupting themselves in the process. 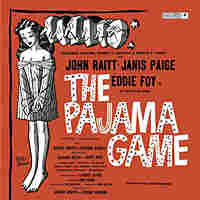 A quick, audience-friendly primer on labor relations, the 1954 show is set in a pajama factory, where romance blooms between the factory supervisor and a member of the union's grievance committee. The union is demanding a seven-and-a-half-cent raise, and at a rally, initially skeptical union members imagine what that raise would mean to them.

In describing the plot of "The Rothschilds," the story referred to "Germany's Prince Metternich." Prince Metternich was an Austrian statesman and diplomat; Germany wasn't a nation until 1871.