Accessibility links
Is The Government Responsible For Health Care? As part of the Intelligence Squared U.S. series, six experts debate the proposition "Universal health care should be the federal government's responsibility."

Is The Government Responsible For Health Care?

Is The Government Responsible For Health Care? 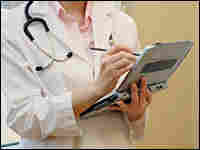 Should the government be responsible for ensuring everyone gets the health care they need? iStockphoto hide caption

On Oct. 7, panelists debate the proposition "America is finally winning the war in Iraq."

It's a debate that has raged on and off in the United States for more than a century now, with no clear resolution in sight: whether to guarantee healthcare for every American.

During the past 100 years, medicine has advanced from a rudimentary craft to a scientific pursuit capable of near miracles. Its cost has increased accordingly: In 2006, U.S. health care spending hit $2.1 trillion, or roughly $7,026 for every man, woman and child in the nation.

As a percentage of the gross domestic product, that is substantially more than any other country. Yet a substantial portion of the American population — 47 million that same year — lacked any health insurance, according to the U.S. Census Bureau.

As the number of people without insurance increased, so did concern over the problem. But Americans have never neared consensus about what role government in general, and the federal government in particular, should play in ensuring health coverage for all, despite the fact that every other industrialized country has long since established some system of universal insurance.

The stage appears set for yet another major national health insurance debate in 2009, so the Intelligence Squared U.S. series decided to get a head start by choosing it as the topic for its first event of the season. The organization sponsors Oxford-style debates featuring six experts — three on each side — who try to sway an audience that votes before and after the session.

The debate statement was "Universal health coverage should be the federal government's responsibility."

Two of the panelists were Canadian, but they presented sharply divergent views of that country's experience with government-guaranteed health care.

At the start of the event, held at New Yorks Rockefeller University and moderated by John Donvan of ABC News, 49 percent of the audience agreed with the motion that the government is responsible, 24 percent disagreed and 27 percent said they were undecided. 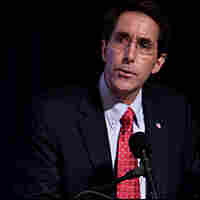 Art Kellermann, a professor of emergency medicine and associate dean for health policy at Emory University, says: "If everybody practiced medicine as efficiently as they do in Rochester; Minnesota; and Salt Lake City, Utah, Medicare could pay 30 percent less to doctors and hospitals and everybody would get better care. But it won't happen on its own because one person's waste is another person's revenue stream. That's why we need a cop on the beat, and the only cop with the clout to get the health care industry to play by the rules is the federal government." 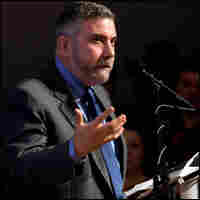 Paul Krugman, a professor of economics at Princeton University and a columnist for The New York Times, says: "The fact of the matter is that our health care system is wildly inefficient, largely because we have an insurance industry that devotes enormous resources to try to identify who really needs health insurance, so as not to give it to them. And we have health care providers devoting enormous resources, fighting with the insurance companies to actually get paid. ... It would be cheaper by far to just cover everybody. We pay this huge price because we've managed to convince ourselves or be convinced that somehow, something that every other advanced country does, and that we do ourselves for the elderly, is impossible." 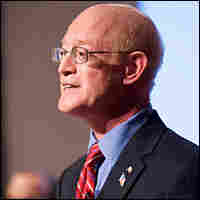 Michael Rachlis, a doctor and health policy analyst and a professor at the University of Toronto, says: "In Toronto right now, because of public response to the concerns about waiting lists, if you need cataract surgery, if you need your knee replaced, if you need a hip replaced, phone one number. You can be seen in an assessment clinic within one week usually, and you can get your surgery within a month after that. And it doesn't cost you any money directly because you pay it in your taxes, and the taxes in Canada as a share of GDP are almost as low as they are in the United States." 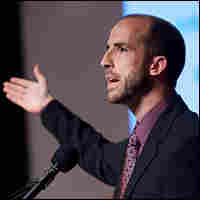 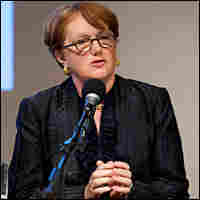 Sally C. Pipes, president and CEO of the Pacific Research Institute, says: "As my friend in Vancouver, Dr. Brian Day, orthopedic surgeon and head of the Canadian Medical Association, told The New York Times, Canada is a country in which your dog can get a hip replacement in under a week and in which humans wait two to three years. Is this the kind of government-run health care system Americans desire?" 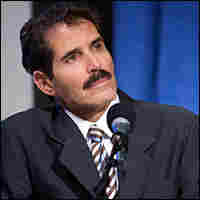 John Stossel, an ABC News correspondent and co-anchor of 20/20 says: "When everything is free, when the government pays for it, everybody wants everything. But the government doesn't have infinite money, so the government then must ration. And they do it by not giving you the latest, most expensive stuff or they make you wait in line."