Accessibility links
A Poet Pines, Charms In 'Opal Sunset' Known as a cultural critic, Clive James is gaining deserved recognition as a poet. Lucid and fun, these poems touch on literary life, mortality, religion — and unrequited love for the stars of women's tennis. 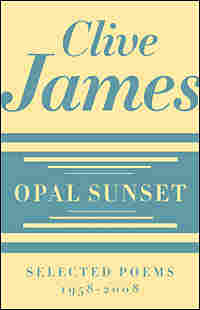 Each of the 82 poems in the Opal Sunset collection by the Australian-born, U.K.-dwelling culture maven Clive James aims for warm glow and clear flow, and a delightfully shocking number of them achieve that lucid state. An ace critic of the printed word and moving image, James brings that eye for the ideas of art and the soul of pop to his lustrous moonlighting.

Film sirens flicker regularly here. The curves of an odalisque by Matisse beckon. W.H. Auden comes in for a rhythmic reckoning — sympathetic but unsentimental — of his late career. The speaker of "Bring Me the Sweat of Gabriela Sabatini" — a bloke, one surely senses, with tastes none too distant from the poet's own — is a tennis fan no longer able to stifle his "croak of need" for the beauties of the women's tour:

Bring me the sweat of Gabriela Sabatini
For I know it tastes as pure as Malvern water,
Though laced with bright bubbles like the aqua minerale
That melted the kidney stones of Michelangelo
As sunlight the snow in spring.

Bring me the sweat of Gabriela Sabatini
In a green Lycergus cup with a spring of mint,
But add no sugar—
The bitterness is what I want.
If I craved sweetness I would be asking you to bring me
The tears of Annabel Croft.

James unleashes this "parched howl" for six further stanzas, pining for intimacy with the Argentinean brunette and her supple backhand. In classical fashion, he catalogues and incants. He's not unreasonable ("Out of deference to Billie Jean I did my best / To control my male chauvinist urges"), but his reason loses its battle to the pull of the poem's pleading meter.

Recurring themes include the vanities of literary life (as in the schadenfreude masterpiece "The Book of My Enemy Has Been Remaindered"), the tick-tock of mortality ("The breath of life is what finally kills you") and the destructive power of religion (and, not quite paradoxically, the plump grace of angels).

But almost all of the poems touch on desire — parting glances, nostalgic gazes, inquiries into the charms of both Don Juan and Cleopatra. One proof that James, the poet, deserves greater recognition on these shores is his ability to make even the sin of lust ring with the sound of fun.

Bring Me the Sweat of Gabriela Sabatini

Bring me the sweat of Gabriela Sabatini
For I know it tastes as pure as Malvern water,
Though laced with bright bubbles like the aqua minerale
That melted the kidney stones of Michelangelo
As sunlight the snow in spring.

Bring me the sweat of Gabriela Sabatini
In a green Lycergus cup with a sprig of mint,
But add no sugar-
The bitterness is what I want.
If I craved sweetness I would be asking you to bring me
The tears of Annabel Croft.

I never asked for the wristbands of Maria Bueno,
Though their periodic transit of her glowing forehead
Was like watching a bear's tongue lap nectar.
I never asked for the blouse of Françoise Durr,
Who refused point-blank to improve her soufflé serve
For fear of overdeveloping her upper arm-
Which indeed remained delicate as a fawn's femur,
As a fern's frond under which cool shadows gather
So that the dew lingers.

Bring me the sweat of Gabriela Sabatini
And give me credit for having never before now
Cried out with longing.
Though for all the years since TV acquired colour
To watch Wimbledon for even a single day
Has left me shaking with grief like an ex-smoker
Locked overnight in a cigar factory,
Not once have I let loose as now I do
The parched howl of deprivation,
The croak of need.

Did I ever demand, as I might well have done,
The socks of Tracy Austin?
Did you ever hear me call for the cast-off Pumas
Of Hana Mandlikova?
Think what might have been distilled from these things,
And what a small request it would have seemed-
It would not, after all, have been like asking
For something so intimate as to arouse suspicion
Of mental derangement.
I would not have been calling for Carling Bassett's knickers
Or the tingling, Teddy Tinling B-cup brassière
Of Andrea Temesvari.

Yet I denied myself.
I have denied myself too long.
If I had been Pat Cash at that great moment
Of triumph, I would have handed back the trophy
Saying take that thing away
And don't let me see it again until
It spills what makes this lawn burst into flower:
Bring me the sweat of Gabriela Sabatini.

In the beginning there was Gorgeous Gussie Moran
And even when there was just her it was tough enough,
But by now the top hundred boasts at least a dozen knockouts
Who make it difficult to keep one's tongue
From lolling like a broken roller blind.
Out of deference to Billie-Jean I did my best
To control my male chauvinist urges-
An objectivity made easier to achieve
When Betty Stove came clumping out to play
On a pair of what appeared to be bionic legs
Borrowed from Six Million Dollar Man.

I won't go so far as to say I harbour
Similar reservations about Steffi Graf-
I merely note that her thigh muscles when tense
Look interchangeable with those of Boris Becker-
Yet all are agreed that there can be no doubt
About Martina Navratilova:
Since she lent her body to Charles Atlas
The definition of the veins on her right forearm
Looks like the Mississippi river system
Photographed from a satellite,
And though she may unleash a charming smile
When crouching to dance at the ball with Ivan Lendl,
I have always found to admire her yet remain detached
Has been no problem.

But when the rain stops long enough for the true beauties
To come out swinging under the outshone sun,
The spectacle is hard for a man to take,
And in the case of this supernally graceful dish-
Likened to a panther by slavering sports reporters
Who pitiably fail to realise that any panther
With a topspin forehand line drive like hers
Would be managed personally by Mark McCormack-
I'm obliged to admit defeat.

So let me drink deep from the bitter cup.
Take it to her between any two points of a tie-break
That she may shake above it her thick black hair,
A nocturne from which the droplets as they fall
Flash like shooting stars-
And as their lustre becomes liqueur
Let the full calyx be repeatedly carried to me.
Until I tell you to stop,
Bring me the sweat of Gabriela Sabatini.

The Book of My Enemy Has Been Remaindered

The book of my enemy has been remaindered
And I am pleased.
In vast quantities it has been remaindered.
Like a van-load of counterfeit that has been seized
And sits in piles in a police warehouse,
My enemy's much-praised effort sits in piles
In the kind of bookshop where remaindering occurs.
Great, square stacks of rejected books and, between them, aisles
One passes down reflecting on life's vanities,
Pausing to remember all those thoughtful reviews
Lavished to no avail upon one's enemy's book-
For behold, here is that book
Among these ranks and banks of duds,
These ponderous and seemingly irreducible cairns
Of complete stiffs.

The book of my enemy has been remaindered
And I rejoice.
It has gone with bowed head like a defeated legion
Beneath the yoke.
What avail him now his awards and prizes,
The praise expended upon his meticulous technique,
His individual new voice?
Knocked into the middle of next week
His brainchild now consorts with the bad buys,
The sinkers, clinkers, dogs and dregs,
The Edsels of the world of movable type,
The bummers that no amount of hype could shift,
The unbudgeable turkeys.

Yea, his slim volume with its understated wrapper
Bathes in the glare of the brightly jacketed Hitler's War Machine,
His unmistakably individual new voice
Shares the same scrapyard with a forlorn skyscraper
Of The Kung-Fu Cookbook,
His honesty, proclaimed by himself and believed in by others,
His renowned abhorrence of all posturing and pretence,
Is there with Pertwee's Promenades and Pierrots-
One Hundred Years of Seaside Entertainment,
And (oh, this above all) his sensibility,
His sensibility and its hair-like filaments,
His delicate, quivering sensibility is now as one
With Barbara Windsor's Book of Boobs,
A volume graced by the descriptive rubric
'My boobs will give everyone hours of fun'.

Soon now a book of mine could be remaindered also,
Though not to the monumental extent
In which the chastisement of remaindering has been meted out
To the book of my enemy,
Since in the case of my own book it will be due
To a miscalculated print run, a marketing error-
Nothing to do with merit.
But just supposing that such an event should hold
Some slight element of sadness, it will be offset
By the memory of this sweet moment.
Chill the champagne and polish the crystal goblets!
The book of my enemy has been remaindered
And I am glad. 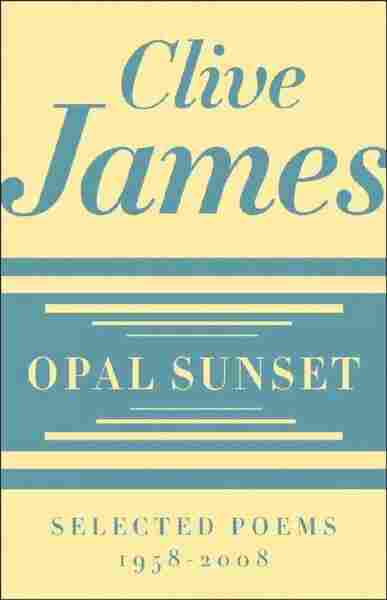