Accessibility links
'Rambling Boy': Haden's Musical Homecoming Bassist Charlie Haden is known as a great jazz musician, but his lineage is all country: Growing up, he performed alongside his brothers and sister in the Haden Family Band, a country group led by parents, Carl and Virginia.

Bassist Charlie Haden is known as a great jazz musician, but his lineage is all country: Growing up, he performed alongside his brothers and sister in the Haden Family Band, a country group led by his parents, Carl and Virginia. The group's music played on radio stations in the South and Midwest, and on the family's country radio show, broadcast on KMA in Shenandoah, Iowa.

Since then, Haden has made a career in jazz, but his new album, a bluegrass collection called Rambling Boy, returns to his country roots. The album features a host of guests artists, including Vince Gill, Rosanne Cash and Elvis Costello, as well as Haden's wife, four children and son-in-law actor Jack Black. Haden's family joins him for this interview. 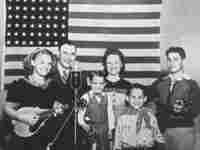 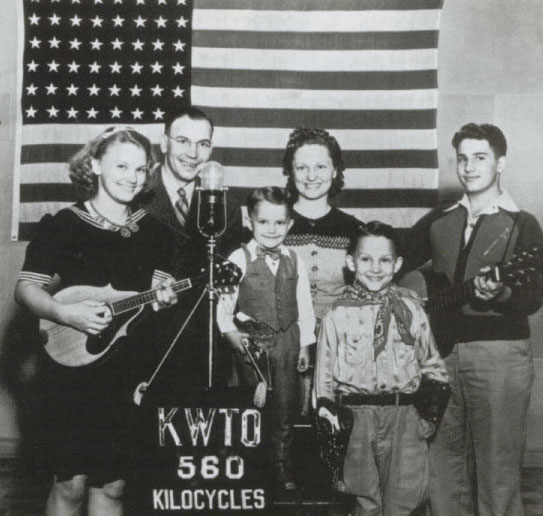 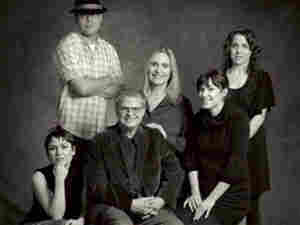 During radio's Golden Age, live country and bluegrass shows were popular from coast to coast. Back then, listeners to KMA in Shenandoah, Iowa, might have tuned in to hear the Haden Family Band. Charles Edward Haden stole the show as the 2-year-old yodeling cowboy.

Charlie Haden's singing career lasted only until his teens, when he was stricken with a strain of polio that affected his vocal cords. But with music coursing through his veins, he went on to become one of the jazz world's most sought-after bassists and composers. He played with Ornette Coleman, Keith Jarrett, John Coltrane and Ringo Starr, and has been a longtime collaborator with guitarist Pat Metheny.

But the bluegrass music of his youth was an irresistible siren song. So now, with his son Josh and his triplet daughters (Petra, Tanya and Rachel), he's made the recording that's been on his mind for years: Rambling Boy.

Bringing Back His Roots

Haden has been playing jazz for years, so a bluegrass project might seem a little out of place. When his wife Ruth Cameron got the family together for his mom's 80th birthday, she suggested that the group sing "You Are My Sunshine" in the living room. It reinvigorated an idea that had been in the back of Haden's head for a long time.

Haden admits that he was nervous about the project at first, because he hadn't done this kind of music in many years. But that didn't seem to be a problem for the family.

"Everybody just did it for me," Haden says. "I just sat back and played the bass."

The list of players on Rambling Boy is like a who's-who of Americana musicians from Nashville and beyond. It includes dobro player Jerry Douglas; guitarist Sam Bush; singers Elvis Costello, Vince Gill and Rosanne Cash; and Haden's frequent collaborator, Pat Metheny. Many of these musicians came to the recording because of Haden's jazz background.

The beautiful harmonies of Haden's daughters come from years of singing together, starting very young.

"We would sing three-part harmonies just for fun, because we shared a room growing up," Tanya says. "Before we'd go to bed, we'd all sing 'Kumbaya,' and we'd all fight over the high harmony. And I'd always be stuck with the low one."

Welcome To The Family

It seems to be a little-known fact that Tanya Haden's husband is actor and comedian Jack Black, star of movies such as Tropic Thunder, School of Rock and High Fidelity. He sings "Old Joe Clark" on Rambling Boy. He's mostly known for his rock 'n' roll persona — and recordings with Tenacious D — but here takes on bluegrass music.

"I was nervous about it," Black says. "But once I got into the studio and Charlie taught me the melody line and the lyrics, something took over my body, and I felt like I was transported to another time."

Host Liane Hansen asks Black, "Are you torn now with your sons — do you want to say, 'I want you to learn this rock 'n' roll, but, you know, there's this bluegrass over here, too'?"

"No, I'm only teaching folk and bluegrass and jazz," Black says. "They're not even going to know that rock exists. And I'm doing a new movie: School of Jazz."

Charlie Haden has not sung in a long time, but felt strongly about recording a version of "Oh Shenandoah" for the new album.

"I wanted to do 'Oh Shenandoah' because that's the town I was born in — as a tribute to my mom and dad for giving me all this music," Haden says. "I don't really sing this as a singer, because I'm not a singer. But I wanted to do it for them."