Accessibility links
Bush Warns Of Crisis As Congress Deliberates President Bush cautioned that the country faces a severe economic crisis. The speech from the White House East Room Wednesday night, followed a second day of hearings on Capitol Hill with Treasury Secretary Henry Paulson and Fed Chairman Ben Bernanke. Some lawmakers are pushing the White House to accept a smaller bailout of $150 billion.

President Bush cautioned that the country faces a severe economic crisis. The speech from the White House East Room Wednesday night, followed a second day of hearings on Capitol Hill with Treasury Secretary Henry Paulson and Fed Chairman Ben Bernanke. Some lawmakers are pushing the White House to accept a smaller bailout of $150 billion.

This is Morning Edition from NPR News. I'm Linda Wertheimer.

And I'm Steve Inskeep. Good morning. Until now, two officials have led the response to the financial crisis. One is the Treasury secretary, the other is the Fed chairman, and neither is elected. Now President Bush takes a more public role. He'll meet with congressional leaders, and he has also invited Barack Obama and John McCain to join him in the White House that they want to win. Last night, the president said lawmakers should approve a $700 billion bailout of the financial services industry. And he warned of a long and painful recession without it. Here's NPR's Brian Naylor.

BRIAN NAYLOR: The president spoke for about 15 minutes in the White House, and he did not mince words about the severity of the crisis facing the nation's economy. Calling himself a strong believer in free enterprise and an opponent of government intervention, Mr. Bush said he usually believes that companies that make bad decisions should be allowed to go out of business.

GEORGE W: Under normal circumstances, I would have followed this course, but these are not normal circumstances. The market is not functioning properly. There has been a widespread loss of confidence, and major sectors of America's financial system are at risk of shutting down.

NAYLOR: The president said without immediate action by Congress, the nation could slip into what he called a financial panic and that a, quote, "distressing scenario" would unfold.

BUSH: More businesses would close their doors, and millions of Americans could lose their jobs. Even if you have good credit history, it would be more difficult for you to get the loans you need to buy a car or send your children to college. And ultimately, our country could experience a long and painful recession.

NAYLOR: The president's speech followed a second day of hearings on Capitol Hill with Treasury Secretary Henry Paulson and Fed Chairman Ben Bernanke answering questions for hours from skeptical and sometimes hostile lawmakers. Many, like Texas Democrat Lloyd Doggett, expressed anger for their constituents who are being asked to shoulder the cost of the bailout.

NAYLOR: Negotiations went on throughout the day between Paulson and congressional leaders, and the sides reported progress. The administration seems to be willing to accept a key demand of lawmakers that multi-million dollar salaries of Wall Street executives be trimmed as a condition of accepting the bailout money. Details of that agreement were not forthcoming. Some lawmakers are also pushing the administration to accept a smaller upfront infusion of a $150 billion rather than the full 700 billion. Paulson seemed to hedge a bit when asked about the idea yesterday, indicating the money wouldn't be needed all at once.

HENRY PAULSON: This will be something that will be staged over a period of time, but we believe that $700 billion is the right number. We thought about it a lot, and we think that's what's necessary.

NAYLOR: Late yesterday, there was a new element thrown into the negotiations: presidential politics. Republican John McCain announced he was suspending his campaign and wants to postpone Friday night's debate with Democrat Barack Obama in order to take part in the bailout negotiations. Democrats reacted coolly to the notion. House Financial Services Committee Chairman Barney Frank called it, quote, "the longest Hail Mary pass in the history of football and Marys." Senate Majority Leader Harry Reid called it a photo op.

HARRY REID: We're doing just fine. This should - we should not have presidential politics enter what we're doing here. It appears to me that John McCain is trying to divert attention to his failing campaign, and coming back here is not going to add to the process.

NAYLOR: But the president invited McCain, Obama, and the congressional leaders to a meeting today at the White House, hoping to have a bailout plan and assurance for the markets by the week's end. Brian Naylor, NPR News. 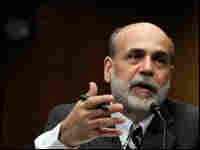 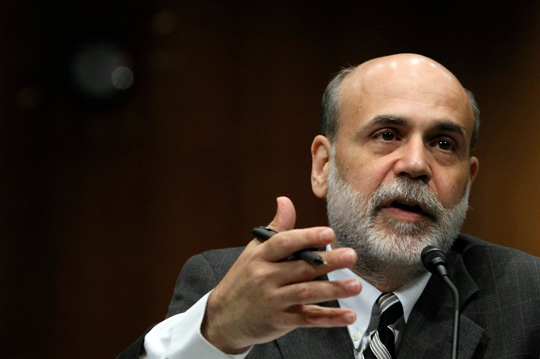 An Analysis Of What Impact The Speech May Have

President Bush laid out his case Wednesday for why Americans should support a proposed $700 billion financial rescue package, saying that failure to act could trigger a "long and painful recession."

In a primetime address from the White House, Bush said failure to intervene could wipe out retirement savings and lead to more mortgage foreclosures, increased unemployment, and business and bank failures.

"Without immediate action by Congress, America could slip into a financial panic, and a distressing scenario would unfold," he said.

The president spent the first half of his speech listing the causes of the crisis, most of which have been discussed for weeks by administration officials and the media.

The Bush administration is seeking to overcome obstacles in Congress to speedy enactment of the bailout plan, and in his speech, the president conceded two points that congressional leaders have demanded.

The bill, he said, should "make certain that failed executives do not receive a windfall from your tax dollars; it should establish a bipartisan board to oversee its implementation." He did not mention the demand by some lawmakers that bankruptcy judges be allowed to give some relief to homeowners facing foreclosure.

The president agreed that additional regulation would be needed in the future, but cautioned lawmakers that he would balk at regulations he felt would hinder economic growth. He also said he had invited presidential hopefuls John McCain and Barack Obama to a meeting at the White House on Thursday to help hash out the details.

McCain had announced earlier that he wants to delay Friday's scheduled debate with his Democratic opponent because of the fiscal crisis. But the University of Mississippi, which is hosting the event, said on their Web site that they expect the debate to continue as scheduled.

Unless Congress acts quickly, Bernanke said to a morning Joint Economic Committee hearing, "It could severely affect the overall performance of the U.S. economy, perhaps over a period of years."

"The intensification of financial stress in recent weeks, which will make lenders still more cautious about extending credit to households and business, could prove a significant drag on growth," he said.

He warned that would likely mean lost jobs, higher unemployment, more foreclosures and a contraction in the overall economy.

But lawmakers appeared skeptical of the Bush administration's plan to rescue the financial system during what was Paulson's and Bernanke's second day of testimony. Critics continue to raise serious questions why taxpayers should help pay the price for Wall Street's excesses.

Rep. Paul Kanjorski (D-PA) said the administration had to make a better economic case for the bailout, so Americans can understand why it's so desperately needed.

"If our markets and capitalism itself are truly on the line, then the president must speak openly, frankly and publicly about these problems," Kanjorski said.

"Once the administration establishes the predicate for emergency action, only then should the Congress consider passing this package of truly massive proportions."

Paulson took as strong a stance to the questioning as Bernanke.

"I understand the view that I have heard from many of you on both sides of the aisle, urging that the taxpayer should share in the benefits of this plan to our financial system," he said. "Let me make clear: This entire proposal is about benefiting the American people, because today's fragile financial system puts their economic well-being at risk."

Congress's growing skepticism about the plan raises the possibility that lawmakers may significantly delay – and possibly kill — the current proposal.

Many lawmakers appear worried about the lack of congressional accountability and help for average homeowners in the Bush administration's proposal and are pushing for significant changes in order for any proposal to pass.

Despite that, Schumer said at the start of the hearing that a deal appears closer Wednesday than it did Tuesday.

At a five-hour Senate Banking Committee hearing on Tuesday, skeptical senators pressed Bernanke and Paulson for more specifics about their proposal. The two officials didn't provide many more details than when they introduced the plan over the weekend and said regulators will need flexibility if any plan is expected to work.

On Wednesday, Bernanke did not indicate that the Fed expects to further lower interest rates soon, a move that could ease credit to businesses and consumers but could add detrimentally to the inflation rate.

In response to several questions, Bernanke and Paulson repeatedly stressed that any cost to taxpayers from the rescue plan would be much less than $700 billion, because the government would sell the distressed assets at a later date for higher expected prices than the securities could garner today.

Financial markets closed a tense but mostly quiet session Wednesday down a moderate 29 points, to 10,825.