Accessibility links
Dar Williams: Time, Tides And Empty Spaces The singer-songwriter talks about leaving her comfort zone on her new record, as well as the effect that keeping her household together has had on her songwriting process. Williams also describes the stories behind her new songs, and tells anecdotes about Joan Baez and her college friend, Stephen Trask. 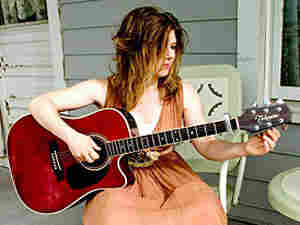 When Dar Williams got to work on her new album, Promised Land, she drew inspiration from many sources, including art museums, the Milgram social psychology experiments and her college friend, Stephen Trask. She says that getting older has helped her gain perspective.

"I know that I need to take the time to structure my life to create the empty spaces, so every story really has its due," she says.

Williams says she knew she needed "to clear out all this space to write these songs." For inspiration, she visited art museums such as Dia:Beacon, Storm King Art Center and the Museum of Modern Art, all in New York. "I wanted a production that would help bring these very separate little songs that had come out of the space that I had given them," she says. "I wanted that kind of production to be parallel."

When asked about her song "The Tide Falls Away," Williams praises the perks of aging and offers advice to young people.

"Make the mess now, because the tide will fall back, and you'll have this amazing perspective, and you'll have a lot of material to sort through," she says. "You'll understand that maybe you should have let a few things go by the wayside during your life, because you really want to hold on to the love that you had. So, yes, perspective will happen, and it will really be a reward for all of this mess that you're slogging through right now." 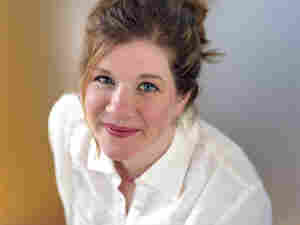 A Lilith Fair veteran and New England folk-pop mainstay, Dar Williams continues to make achingly personal, liltingly sweet, sardonically smart music a decade and a half into her recording career. After a three-year hiatus, Williams is set to return to the public eye with her seventh album, Promised Land. Click the link above to hear Williams, recorded live in concert from WXPN and Wiggins Park in Philadelphia on July 11, 2008.