Accessibility links
For Pioneering Black Theater, A Season-Long Salute New York's Negro Ensemble Company helped launch the careers of many a notable name — and it was a first-of-its-kind venue for black playwrights writing about the African-American experience. Margot Adler reports on its lasting influence. 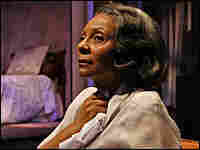 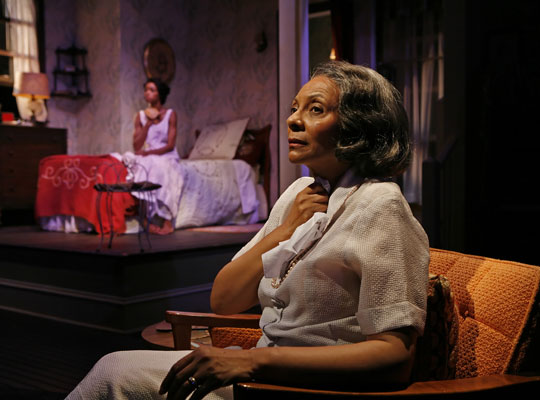 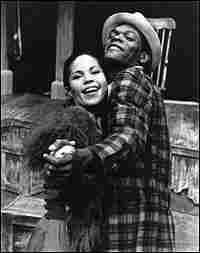 Michele Shay and Samuel L. Jackson appeared in the NEC's 1981 production of Samm-Art Williams' Home, which gets revived in November as part of the Signature season. Bert Andrews/Negro Ensemble Company hide caption 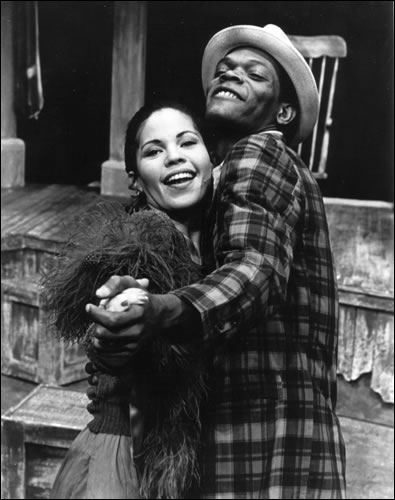 Michele Shay and Samuel L. Jackson appeared in the NEC's 1981 production of Samm-Art Williams' Home, which gets revived in November as part of the Signature season. 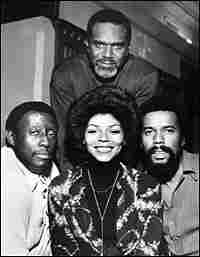 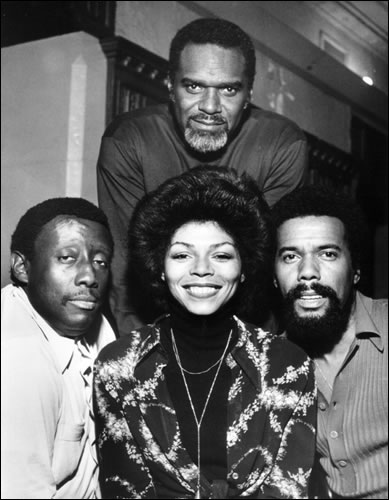 This year, New York's Signature Theatre Company — which usually honors a single playwright annually with a season-long series of productions — devotes its schedule to the plays of the Negro Ensemble Company.

The NEC was a pioneering theater company, a home for performers and playwrights who hadn't previously had many outlets for their work, and it helped launch the careers of stars like Denzel Washington, Phylicia Rashad, Samuel L. Jackson, Esther Rolle and others.

And it had its beginnings, as such things sometimes do, in a single watershed moment.

In 1959, Lorraine Hansberry's long-running family drama A Raisin in the Sun brought together an ensemble of African-American artists — Sidney Poitier, Ruby Dee and Louis Gossett Jr. among them — on Broadway.

It was a landmark production: Until then, black actors and playwrights hadn't been given many shots on the Great White Way. Even the most successful performers were usually relegated to servants' roles, and writers had little hope of seeing their work produced for the general public.

Raisin was different, a story that took audiences into an African-American family's home and introduced them to the everyday dynamics that played out there. It was a serious play, by a serious writer, and it ran for more than a year, collecting four Tony Award nominations in the process.

Douglas Turner Ward and Robert Hooks, who performed in Raisin's touring company, saw an opportunity: Recruiting a third partner, theater manager Gerald Krone, they took the energy from that Raisin in the Sun experience and pushed forward to create a new company devoted to black theater.

The Negro Ensemble Company took its first steps in 1965, with the production of Happy Ending and Day of Absence, two satires written by Ward. The plays had a successful 15-month off-Broadway run.

Ward, meanwhile, wrote a provocative article in The New York Times, headlined "American Theatre: For Whites Only?" The manifesto attracted the attention of the Ford Foundation, which awarded Ward a grant to formally establish the Negro Ensemble Company. Over the next years, the NEC produced more than 200 plays both on and off Broadway, winning a slate of Tonys, Obies and Pulitzers.

'Living And Loving And Laughing And Crying'

It's from that repertoire that the Signature Theatre has drawn the plays for its season. The first, a sprawling multigenerational family drama called The First Breeze of Summer, was written by Leslie Lee and originally produced by the Negro Ensemble Company in 1975.

First Breeze tells many stories, from both the past and the present, but the central story turns on the coming-of-age of a bright young African-American man. He's uncomfortable in his own black skin, and he idolizes his grandmother as a perfect, sexless creature who has raised three children heroically. He comes to learn that she, like most human beings, has made compromises that fly in the face of his rigid view of perfection.

Actor-director Ruben Santiago-Hudson, another veteran of the Negro Ensemble Company, says First Breeze is "about everyday living and loving and laughing and crying and arguing."

"It is a play just about a family, like Biloxi Blues, or like Brighton Beach Memoirs," Santiago-Hudson says. "It can be done in China or Italy or in Poland, and it would still be profound."

And like many black plays that were first produced by the NEC to great acclaim, First Breeze remains unfamiliar to most theatergoers. That's part of what the Signature Season is meant to help address.

"I want people to realize the importance of the work of African-American writers," Santiago-Hudson says. "How educating and enlightening they are, and entertaining at the same time. Not only do I want people to see these plays and do them, but I want them to teach these plays."

That last is crucial: Santiago-Hudson remembers that in one graduate-school course on the development of drama, he read 35 plays — not one of them by a black playwright.

And in a society that remains in many ways divided, Santiago-Hudson believes that theater offers one of the best ways to experience another culture.

"Because you actually go home with people as opposed to looking at their photographs or looking at their art, or listening to their music," he says. "You go into their homes, you see their sweat, you see spit flying out of their mouth, you smell 'em. ... So theater is that immediate entrance into another culture."

'An Audience Hungry For Theater'

The Negro Ensemble Company still exists — Signature's season is a celebration, not a remembrance — and is currently marking its 40th-anniversary season. The company stages one or two productions a year, and offers a range of theater workshops and educational programming.

Signature's production of First Breeze of Summer, meanwhile, runs until Oct. 19. Home, by Samm-Art Williams, opens in November. Tickets for both are priced at $20 — a bargain for off-Broadway.

And so far the theater has been packed every night, with overflow audiences sitting in the aisles. Jim Houghton, Signature Theatre's founder and artistic director, says the crowd is a diverse one.

"If you got on the subway train, right now, that is our audience," Houghton says. "It represents every economic class, every color, every age."

It just shows you, he says, that "if you make it affordable and accessible, this is an audience hungry for theater, and they will come."