Accessibility links
Our Digital Lives, Monitored By A Hidden 'Numerati' Many people generate an immense amounts of digital data during a single day — often without a second thought. But Stephen Baker, a senior writer at BusinessWeek, warns that the information generated is being monitored by a group of entrepreneurial mathematicians.

Listen
Our Digital Lives, Monitored By A Hidden 'Numerati' 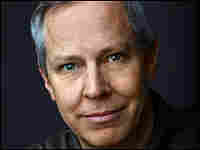 Stephen Baker has written for BusinessWeek for over 20 years, and is the coauthor of Blogspotting.net. Carolyn Cole hide caption 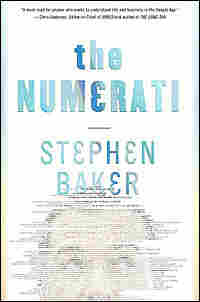 When it comes to producing data, we're prolific. Those of us wielding cell phones, laptops, and credit cards fatten our digital dossiers every day, simply by living. Take me. As I write on this spring morning, Verizon, my cell phone company, can pin me down within several yards of this café in New Jersey. Visa can testify that I'm well caffeinated, probably to overcome the effects of the Portuguese wine I bought last night at 8:19. This was just in time for watching a college basketball game, which, as TiVo might know, I turned off after the first half. Security cameras capture time-stamped images of me near every bank and convenience store. And don't get me started on my Web wanderings. Those are already a matter of record for dozens of Internet publishers and advertisers around the world.

Late in the past century, to come up with this level of reporting, the East German government had to enlist tens of thousands of its citizens as spies. Today we spy on ourselves and send electronic updates minute by minute.

This all started with computer chips. Until the 1980s, these bits of silicon, bristling with millions of microscopic transistors, were still a novelty. But they've grown cheaper and more powerful year by year, and now manufacturers throw them into virtually anything that can benefit from a dab of smarts. They power our cell phones, the controls in our cars, our digital cameras, and, of course, our computers. Every holiday season, the packages we open bring more chips into our lives. These chips can record every instruction they receive and every job they do. They're fastidious note takers. They record the minutiae of our lives. Taken alone, each bit of information is nearly meaningless. But put the bits together, and the patterns describe our tastes and symptoms, our routines at work, the paths we tread through the mall and the supermarket. And these streams of data circle the globe. Send a friend a smiley face from your cell phone. That bit of your behavior, that tiny gesture, is instantly rushing, with billions of others, through fiber-optic cables. It's soaring up to a satellite and back down again and checking in at a server farm in Singapore before you've put the phone back in your pocket. With so many bits flying around, the very air we breathe is teeming with motes of information.

The only folks who can make sense of the data we create are crack mathematicians, computer scientists, and engineers. What will these Numerati learn about us as they run us into dizzying combinations of numbers? First they need to find us. Say you're a potential SUV shopper in the northern suburbs of New York, or a churchgoing, antiabortion Democrat in Alburquerque. Maybe you're a Java programmer ready to relocate to Hyderabad, or a jazz-loving, Chianti-sipping Sagittarius looking for walks in the country and snuggles by the fireplace in Stockholm, or--heaven help us--maybe you're eager to strap bombs to your waist and climb onto a bus. Whatever you are--and each of us is a lot of things--companies and governments want to identify and locate you.

The Numerati also want to alter our behavior. If we're shopping, they want us to buy more. At the workplace, they're out to boost our productivity. When we're patients, they want us healthier and cheaper. As companies like IBM and Amazon roll out early models of us, they can predict our behavior and experiment with us. They can simulate changes in a store or an office and see how we would likely react. And they can attempt to calculate mathematically how to boost our performance. How would shoppers like me respond to a $100 rebate on top-of-the-line Nikon cameras? How much more productive would you be at the office if you had a $600 course on spreadsheets? How would our colleagues cope if the company eliminated our positions, or folded them into operations in Bangalore? We don't have to participate, or even know that our mathematical ghosts are laboring night and day as lab rats. We'll receive the results of these studies--the optimum course--as helpful suggestions, prescriptions, or marching orders.

Excerpted from The Numerati by Stephen Baker, copyright © 2008. Reprinted by permission of Houghton Mifflin Harcourt Publishing Company. All rights reserved. 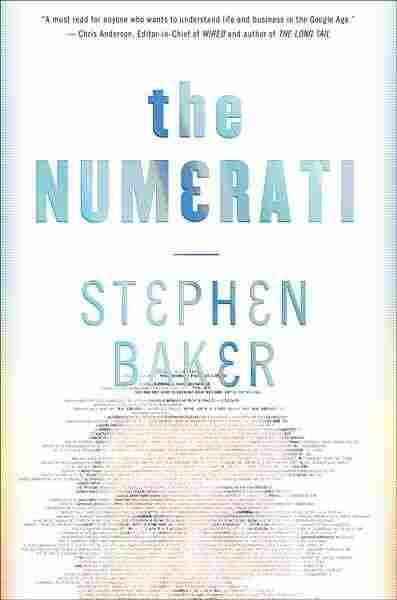