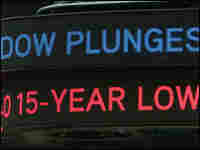 The House of Representatives rejected a $700 billion dollar financial bailout plan yesterday. As a result, the Dow dropped over 700 points, the largest stock drop in history. 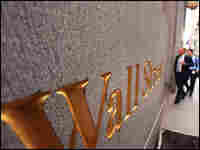 We obviously have a crisis in the financial markets. Major firms have failed and others are failing. The current crisis is the predictable consequence of the bad economic policies of the last eight years. These policies are the ones that have produced record budget deficits, the worst job growth since the Great Depression, and the worst Dow performance in over three decades. Congress should address the crisis with appropriate legislation.

The bailout bill that we considered today was much better than the woefully inadequate proposal sent to us by Treasury Secretary Paulson a week ago. House leadership made many improvements to the legislation, especially in the areas of oversight, judicial review, and the requirement that the government enjoy some of the future profits from the companies bailed out. On balance however, the final version of the bill was not a good deal for taxpayers.

Whether or not the bailout act we voted on today was a 'good' deal rises and falls with the issue of fair value. You cannot rationally determine the worthiness of a purchase, without first assessing what the fair value is, and whether you are paying more or less than that fair value. If the bailout legislation included a provision that would guarantee that the Federal Government would pay no more than fair value for the assets and securities, then it would be a good deal. Some of the assets we will be asked to buy are options, derivatives, and other speculative investments that may be in fact worthless. There is no public policy rationale to bail investors out of speculative securities that did not pay off. Since there is no commitment to calculating a fair value price, and to paying no more than that price, this is a bad deal for the American people, because we will undoubtedly overpay for these assets. Therefore, the worthiness of the deal rises or falls on the commitment to limit payments to a fair value.

I am not suggesting that establishing a fair value of these assets will be easy. But there are established factors in other situations to determine the value of assets in situations where selling prices or bid and asked prices are unavailable. And it is our obligation as keepers of the federal purse strings to require that no funds should be spent without knowledge of exactly what we are buying. Furthermore we should not give unlimited discretion to buy assets at prices obviously higher than fair value to an Administration frequently accused of cronyism and favoritism.

We are dealing with three separate problems: illiquidity in the credit market; insolvency of some financial institutions; and the hardship of homeowners. Offering fair values will address the issue of liquidity. If we limited purchasing prices to fair value, we could purchase assets, re-establish confidence, wait for the markets to reinvigorate and the private sector could then buy assets back from the government. Even if it took more than $700 billion, as long as we were paying fair value, and receiving assets earning more than our borrowing costs, we could guarantee that, in the long run, this solution would at least break even, and would most likely make money for the taxpayer even if we held the assets to maturity. But since the bill provides no limit on the price we pay for assets, we will undoubtedly overpay, and lose money on the deal. If we pay fair value, we can solve the liquidity crisis without any likely cost to the taxpayers.

Some argue that overpaying for assets will help solve the second problem of the crisis, the insolvency of some financial institutions, by providing capital to these institutions. I believe that we should help financially troubled companies that have a good chance of stabilizing and coming back with our help. There is nothing in the bill to stop companies in no distress, or companies that are hopelessly insolvent, from selling their toxic assets to the government, and any overpayment for assets those companies sell will provide no value to the taxpayer. There are more efficient ways of targeting financial assistance to appropriate companies than making overpayments to all companies.

Congress does have an interest in assisting homeowners, but homeowners struggling to pay mortgages find little comfort in this legislation. We should have included assistance for struggling homeowners in the bill, even if it cost a little to provide that assistance. All homeowners would benefit because homeowners who are paying their mortgages on time have been hurt by home prices collapsing because of the flurry of foreclosures, and perspective homeowners are having difficulty finding new mortgages.

Although the assessment of the bill rises and falls on the issue of fair price valuation, there are other issues addressed in the legislation. The media has reported that there are provisions in this bill to protect the taxpayer and to limit executive compensation. The actual language in this bill does not support these reports. There are huge loopholes in the bill that allow companies to continue to pay executives exorbitant salaries. And, the taxpayer protections in the bill are flimsy. If the bailout does not pay for itself, it is left to a future Administration to propose a bill to tax financial institutions to raise the money taxpayers have lost. In a Congress where there is outrage against any new tax proposal, if there is no political will to pay for the bailout in the middle of the crisis, there will be even less political will to raise taxes on financial institutions that may still be struggling in the future.

There are many regulatory measures that could achieve the stated goals of the bail out legislation. For example, the Treasury Secretary could help confidence by increasing FDIC insurance, producing net worth certificates, or changing accounting standards to relax requirements to mark to market. These changes would address the issues of illiquidity, solvency, and assistance to homeowners more effectively than the provisions of this bill.

Language should have been included in the bill that would have required an assessment of any securities considered for purchase to establish a fair value, and then insist that those securities could not be purchased for more than the fair value determined by the assessment. This would ensure we are spending just enough to bring liquidity back to markets, and would separate assets with value from the worthless speculative assets we might be asked to buy. Unfortunately no language limiting our purchases to fair value of the assets appears in the bill.

The failure of the bill to limit the purchase of any assets to the fair value of those assets means that the bill will not effectively address the underlying issues: purchasing worthless assets adds nothing to general liquidity; overpaying for assets from all companies is an inefficient way to help those companies who only need temporary assistance to survive; and overpaying for assets does nothing for homeowners. Furthermore this bill will fail to instill confidence in the market when it becomes apparent that the language of the bill is unlikely to match the public description of the bill on CEO compensation and protection of the taxpayer. For those reasons, I regret that I was unable to support the bill. We should now draft a new bill which targets our federal assistance to the goals we need to address: illiquidity in the market, solvency for appropriate businesses, and assistance to homeowners.