Accessibility links
War On Terror In A Graphic-Novel Narrative In this horror story, the terror is real. After 9/11: America's War on Terror (2001 - ) uses the tools of visual storytelling to unravel the tangled tale of U.S. involvement in Iraq and Afghanistan.

War On Terror In A Graphic-Novel Narrative

War On Terror In A Graphic-Novel Narrative 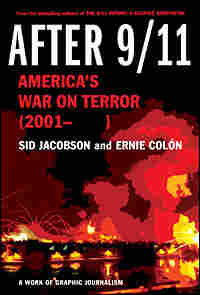 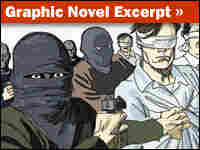 Check out an excerpt that details the first years of the war in Iraq. 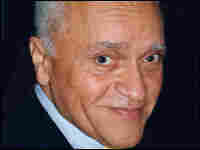 With the 2006 publication of the graphic adaptation of The 9/11 Report, the art and publishing worlds did a double take. Sid Jacobson's terse writing and Ernie Colon's expressive artwork turned a long government document into an accessible tour de force that made people weep. Discerning readers suddenly understood about graphic novels what Edward R. Murrow came to realize about television five decades earlier: "This instrument can teach."

Jacobson and Colon's just-published sequel, After 9/11, storyboards our ongoing War on Terror from its genesis in September 2001 through August 2007, turning the words of politicians, military analysts and journalists into a dark thriller about good intentions gone disastrously astray. (Check out an excerpt.)

"You know you're going to be owning the place," says a frowning Colin Powell about a post-invasion Iraq, in an Oval Office meeting with the president and vice president. Dick Cheney dismisses the comment with a derisive sneer.

There are deliberate comics-style shades of meaning in Colon's vivid panels: Powell never ceases to look square-jawed and noble — an African-American Clark Kent — while the hunched-over, potato-faced Cheney could pass for a Lex Luthor henchman. In a flashback scene, the eyes of suicide bomber and 9/11 mastermind Mohamed Atta (the story's ultimate supervillain) loom like those of Dr. Doom over a bloodstained sneaker and a map of war-torn Afghanistan.

Unlike The 9/11 Report, which was based on a single document, After 9/11 draws from many sources, piecing together a multilayered narrative that zooms around the globe as new players like Rice and Blair and Cold War ghosts like Donald Rumsfeld and Henry Kissinger attempt to grasp this perilous new threat. Effectively employing the ability of graphic novels to superimpose harsh images, After 9/11 creates an emotional and visual onslaught backed by hard facts.

The seasoned writer/artist duo (Colon, a Korean War vet, is 77; Jacobson is 78) have an unusual fan: the Pentagon. Although After 9/11 was deeply critical of the Bush administration, the military commissioned its creators to write a one-off comic book for soldiers returning from Iraq and Afghanistan. Coming Home — which, in story form, intimately describes the various post-traumatic stress problems that confront U.S soldiers returning from war — has been handed out to more than 125,000 service members and their families. In fact, the Air Force's recreational branch hosted the first stop of the After 9/11 promotional tour — at the Pentagon.

After 9/11 may end up being the first original graphic novel to become an essential guide to and critique of public policy. Unfortunately, its comic-book violence is scarily real. 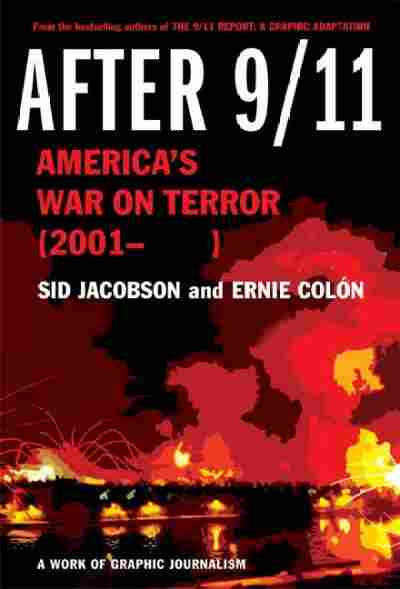 by Sid Jacobson and Ernie Colon