Accessibility links
How Healthy Are The Candidates? Are the candidates healthy enough to serve in the job they're gunning for? John McCain allowed reporters to look at — but not photocopy — more than a thousand pages of health records last May. Barack Obama provided a one-page summary from his doctor.

Listen
How Healthy Are The Candidates? 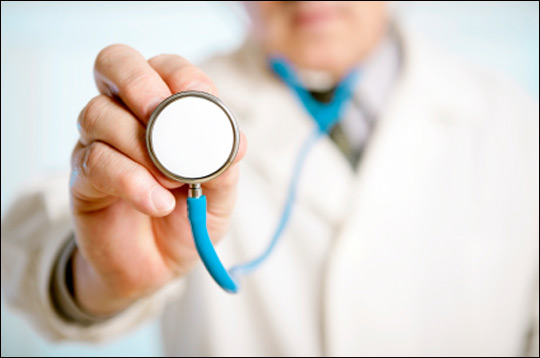 Polls show that Americans are interested in the health of presidents and, by extension, candidates for president. But there's a long history of not learning the complete story until long after a presidency is over.

On Memorial Day weekend this year, McCain allowed reporters a three-hour peek at his records. Reporters were also permitted to question his doctors during a 45-minute teleconference.

Journalists from about 20 organizations, including NPR, flipped through more than 1,000 pages of doctors' reports, pathology findings and surgical descriptions. They couldn't make photocopies, take pictures or record anything.

"That is not an adequate amount of time for anyone to be able to read and take notes and not photocopy and analyze the information that is there," Altman said.

Altman is known in the media and to medical historians as the dean of presidential health reporters. He pretty much invented the genre and has interviewed many of the candidates over the past three decades.

The McCain campaign, though, did not invite him last May to inspect the records.

One of the things Altman and others still want to know is why one melanoma removed in 2000 was interpreted differently by two groups of pathologists.

Altman's got questions, too, about Sen. Barack Obama, whose health has been revealed only in a brief doctor's letter that is a single page with six paragraphs.

"There's no reason to believe that Mr. Obama has ill health, but the question is why the letter is undated, and why has the campaign not allowed the doctor to speak to reporters?" Altman said.

A spokesperson for the Obama campaign says that the senator's health is obvious. Reporters have noted that he works out all the time. But Obama has also been a smoker, although earlier this year he talked about quitting on a local Washington, D.C., news program.

The letter from the physician says Obama has quit smoking "on several occasions" and is using Nicorette gum.

Both campaigns told NPR not to expect more information on the presidential candidates.

As for the vice presidential candidates, Sen. Joseph Biden's press secretary said they'd be releasing records soon. There is no word so far from McCain's campaign about Gov. Sarah Palin.