Accessibility links
'This American Moment' As Peggy Noonan Sees It Peggy Noonan, a former speechwriter for Ronald Reagan and columnist for the Wall Street Journal, weighs in on the historical significance of the 2008 presidential election.

Listen
'This American Moment' As Peggy Noonan Sees It

'This American Moment' As Peggy Noonan Sees It 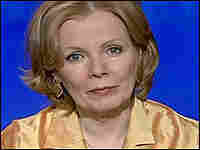 Peggy Noonan is the author of several books about American politics, most recently Patriotic Grace: What It Is and Why We Need It Now. Meet The Press/Getty Images hide caption

Peggy Noonan, former speechwriter for Ronald Reagan and columnist for the Wall Street Journal, weighs in on the historical significance of the 2008 presidential election.

She's next up in Talk of the Nation's "This American Moment" series, in which artists, journalists, scholars and politicians describe what's at stake at this moment in the nation's history. 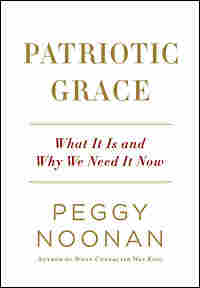 Patriotic Grace: What It Is and Why We Need It Now
By Peggy Noonan
Hardcover, 208pages
Harper Collins
List price: $19.95

Prologue:
The View from Gate 14

America is on line at the airport. America has its shoes off, is carrying a rubberized bin, is going through a magnetometer. America is worried there is fungus on the floor after a million stockinged feet have walked on it. But America knows not to ask. America is guilty until proven innocent, and no one wants to draw undue attention.

America left its ticket and passport in the jacket in the bin in the X-ray machine, and is admonished. America is embarrassed to have put one one-ounce moisturizer too many in the see-through bag. America is irritated that the TSA agent removed its mascara, opened it, put it to her nose, and smelled it. Why don't you put it up your nose and see if it explodes? America thinks, but does not say.

And, as always American thinks: Why do we do this when you know I am not a terrorist, and you know I know you know I am not a terrorist? Why this costly and embarrassing kabuki when we both know the facts, and would even admit privately that all this harassment is only the government's way of showing that it is "fair," of demonstrating that it will equally humiliate anyone in order to show its high-mindedness and sense of justice? Our politicians congratulate themselves on this as we stand in line.

All the frisking, beeping, and patting down is demoralizing to our society. It breeds resentment, encourages a sense that the normal are not in control, that politics has lessened everything, including human dignity. Another thing: it reduces the status of that ancestral arbiter and leader of society, the middle-aged woman. In the new fairness, she is treated like everyone else, without respect, like the loud ruffian and the vulgar girl on the cell phone. The middle-aged woman is the one spread-eagled over there in the delicate silk blouse beneath the removed jacket, praying nothing on her body goes beep and makes people look.

America makes it through security, gets to the gate, waits. The TV monitor is on. It is Wolf Blitzer. He is telling us with a voice of urgency about the latest polls. But no one looks up. We are a nation of Willy Lomans, dragging our wheelies through acres of airport, walking through life with a suitcase and a slack jaw, trying to get home after a long day of meetings, of moving product.

No one in crowded Gate 14 looks up to see what happened with the poll. No one. Wolf talks to the air.

Gate 14 is small-town America, a mix, a group of people of all classes and races and ages, brought together and living in close proximity until the plane is called. Our town appears, the plane is boarded, the town disappears. An hour passes, a new town begins. This is the way of modern life. We live in magic and are curiously unillusioned.

Gate 14 doesn't think any of the candidates is going to make their lives better. But Gate 14 will vote anyway, because they know they are the grownups of America and must play the role and do the job.

But here's something they notice, we notice. Our leaders are now removed from all this, removed from life as we live it each day.

There is as I write broad resentment toward President Bush, and here is one reason: a fine and bitter sense that he has never had to stand in his stockinged feet at the airport holding the bin, being harassed. He has never had to live in the world he helped make, the one where Grandma's hip replacement is setting off the beeper over here and the child is crying over there. And of course as a former president, with the entourage and the private jets, he never will.

Nor will Bill Clinton, nor the senators and leaders who fly by private jet.

I bet a lot of Americans, most Americans, don't like it. I'm certain Gate 14 doesn't.

All this is part of the mood of the moment. It is marked in part by a sense that our great institutions are faltering, that they've forgotten the mission; that the old America in which we were raised is receding, and something new and quite unknown taking its place; that our leaders have gone astray. There is even a feeling, a faint sense sometimes that we have been relegated to the role of walk-on in someone else's drama, that as citizens we are crucial and yet somehow ... extraneous.

But we are Americans, and mean to make it better. We long to put the past few years behind us, move on, and write something good on the page we sense turning.

This little book, written on the eve of a great election, without knowing how it will end, is intended to remind us of who we are, where we have been, where we are now, and where we are headed—together. 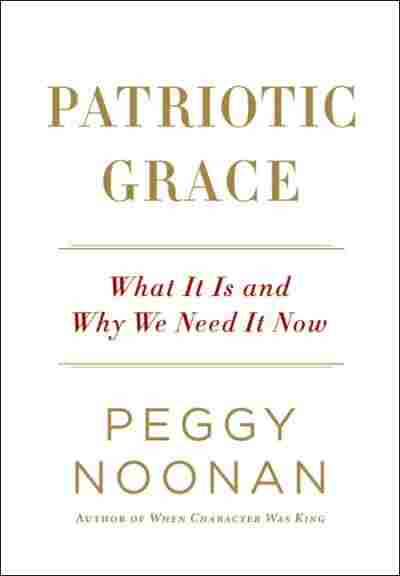 What It Is and Why We Need It Now