Accessibility links
Fact-Checking The Vice Presidential Debate Vice presidential candidates Joseph Biden and Sarah Palin met Thursday night in St. Louis for their only debate of the presidential campaign. They clashed on various topics including tax policy, the wars in Iraq and Afghanistan and energy.

Say It Ain't So: Fact-Checking The VP Debate

Photo Gallery: Palin And Biden Square Off In VP Debate 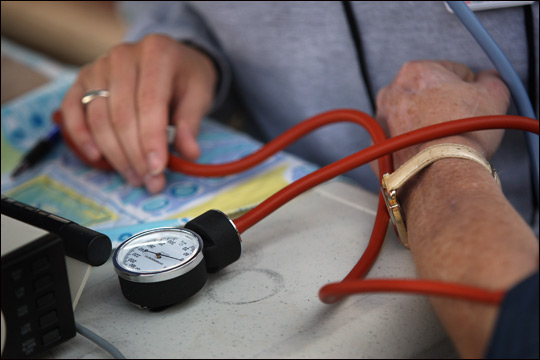 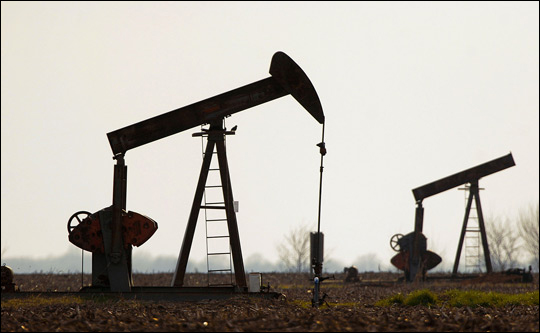 Oil pump jacks are seen at sunset in a corn field near Divernon, Ill. 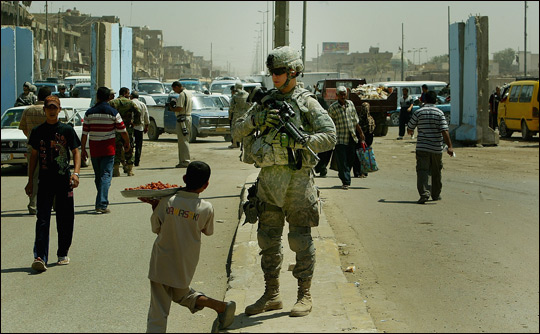 A U.S Army soldier stands guard during a July patrol in Baghdad.

What did you think of the debate? Check out NPR reporters' fact-checking on the blog, Vox Politics.

Just 33 days before the election, both candidates were intent on getting certain messages across during the face-off, moderated by Gwen Ifill of PBS. For about 90 minutes, they debated the issues, domestic and foreign. The senator wore a black suit, white shirt, blue tie and a small flag pin; the governor a black suit and a flag brooch.

One would think that any candidate these days would be dead set on getting the facts straight because any slip, any misspoken word, any false start is an open invitation to endless cable news show loops and gotcha ads. But fact-checking Thursday night's debate between Biden and Palin was a little like panning for gold. You got the feeling that for every nugget you found, several more were still in the stream.

But to err is human; to fact-check is also human. So with the help of NPR reporters, we're going to try to make sure the candidates told the truth.

Early on, Palin said McCain's proposed health care tax credit is budget neutral. According to NPR reporter Julie Rovner, the fact of the matter is: There is no firm budget estimate of the cost of McCain's plan — much to the consternation of McCain's top domestic policy adviser, Douglas Holtz-Eakin, the former head of the (estimating agency) Congressional Budget Office. The Urban Institute-Brookings Tax Policy Center, however, says the McCain plan could cost $1.3 trillion from 2009 to 2018.

Biden said that McCain recently wrote an article in a magazine saying that he wants to deregulate the health care industry — just as he did for the banking industry. The Web site Factcheck.org — and Rovner — say that Biden's characterization of the article is misleading. According to McCain's aides, the Republican presidential nominee's comment about banking, which appeared in the magazine of the American Academy of Actuaries, referred to interstate use of automated teller machines.

In addition, Rovner says, Biden was misleading but not totally wrong on the tax ramifications of McCain's health care plan. McCain's plan would tax the value of health benefits — but for most people, the tax credit would offset that tax increase. Biden also said that 20 million people would see their health insurance dropped by their employers under McCain's proposal. That figure comes from a critique of the plan published in the policy journal Health Affairs.

Though Palin talked about "breaking up a monopoly" of big oil companies in Alaska, NPR reporter Martin Kaste says she has pushed to get new companies — in addition to the big three already in her state — involved in the construction of a proposed new gas pipeline. Under her plan, the state provides hundreds of millions of dollars in "seed money" for the pipeline, in hopes of getting a bigger share of the profits for the public. That pipeline has not yet been built, and it's not clear it can get built without the participation of the big three.

In broader terms, this is her record of "opposing" the oil companies: Palin's predecessor, Gov. Frank Murkowski, had negotiated a change in the state's production tax on oil. It was negotiated with the oil companies, then presented to the Legislature. (It wasn't a simple increase or decrease but a change in how the tax was calculated, and the final result would depend on market prices, among other things.)

The Legislature passed the change in tax law despite very contentious debate. Later that year — in the autumn of 2006 — the FBI raided several Republican legislators' offices. That was the first sign of what would become the VECO oil company bribery scandal that led to prison terms for three state legislators. (Sen. Ted Stevens is now on trial, charged with not reporting gifts from VECO.) Palin was elected a couple of months later. She reopened the issue of the oil production tax, raising it.

Turmoil In The Middle East

Biden said that Iraq is running an $80 billion surplus. According to NPR's Tom Gjelten, this is a bit of an exaggeration. The figure comes from the Government Accountability Office, which has reported that Iraq could have an $80 billion budget surplus over four years based on projected oil revenues. But this is a four-year figure. For 2008, the GAO estimates a budget surplus of between $38.2 billion and $50.3 billion.

At one point, Palin spoke about how naive Democratic presidential nominee Barack Obama is to suggest sitting down with foreign leaders such as Mahmoud Ahmadinejad. NPR's Michele Kelemen points out that Obama did, early in the campaign, say he would sit down at a presidential level with leaders of Iran and other "rogue states," without preconditions. But Obama did not mention Ahmadinejad by name and, as Biden pointed out during the debate, Ahmadinejad is not necessarily the most powerful person in Iran.

Biden was right in saying that America's allies, particularly in Europe, have been urging the U.S. to open a dialogue with Iran, Kelemen says.

Gjelten reports that Biden appeared to be contrasting the spending on combat operations in Iraq with the spending on reconstruction and other diplomatic activities ("building that country"). Over seven years (not including fiscal year 2009), according to the Congressional Research Service, the United States has spent $11.8 billion on foreign aid and diplomatic operations in Afghanistan. The Pentagon in fiscal year 2008 has spent $145 billion in Iraq. This works out to about $8.4 billion per three-week period.

More double-checking of the facts can be found on NPR's politics blog: Vox Politics.