Accessibility links
The Real Couple Behind The 'Infinite Playlist' The film Nick and Norah's Infinite Playlist, starring Michael Cera and Kat Dennings, is based on an award-winning book by the same name. Rachel Cohn and David Levithan wrote the book together — almost by accident.

Listen
The Real Couple Behind The 'Infinite Playlist' 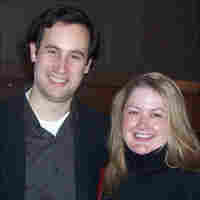 David Levithan and Rachel Cohn collaborated on the young adult novel Nick and Norah's Infinite Playlist, which has been made into a feature film starring Michael Cera and Kat Dennings. Anna Orchard hide caption 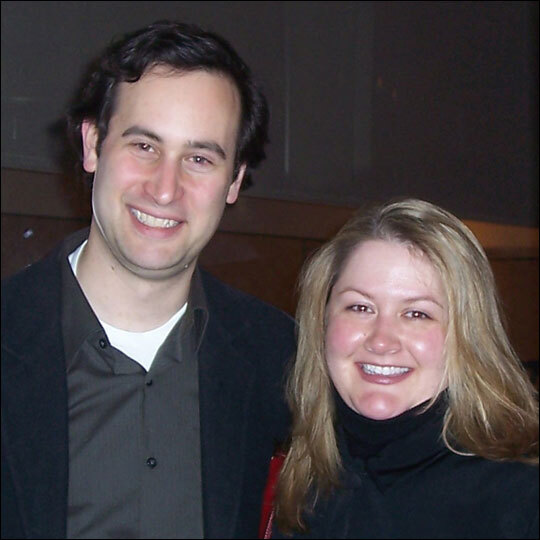 David Levithan and Rachel Cohn collaborated on the young adult novel Nick and Norah's Infinite Playlist, which has been made into a feature film starring Michael Cera and Kat Dennings.

'Xavia' by the Submarines is another one of the songs that was carefully chosen for the movie. 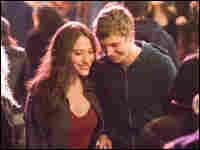 Michael Cera and Kat Dennings star in the film Nick and Norah's Infinite Playlist, based on the young adult novel, which was inspired by Nick and Nora Charles of the 1930s Thin Man series. Courtesy of Sony Pictures hide caption 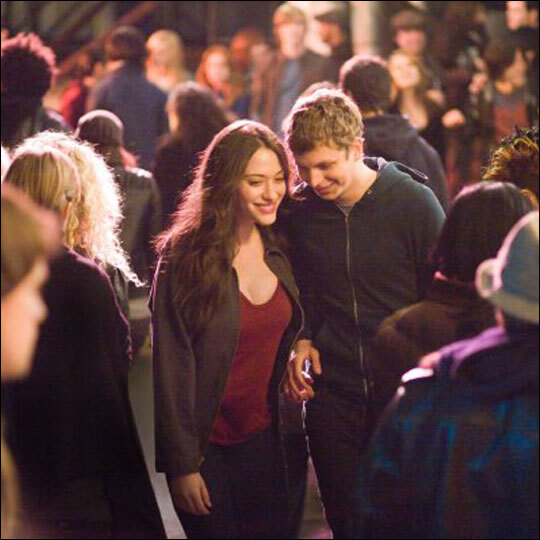 Michael Cera and Kat Dennings star in the film Nick and Norah's Infinite Playlist, based on the young adult novel, which was inspired by Nick and Nora Charles of the 1930s Thin Man series.

This weekend marks the release of the film Nick and Norah's Infinite Playlist, starring Michael Cera and Kat Dennings. The movie is based on an award-winning book of the same name written by Rachel Cohn and David Levithan. The pair recently spoke to Alex Cohen and confessed that the book was basically an accident.

While walking around the reservoir in Central Park, Cohn got an idea for a book. It would focus on two teenage kids from New Jersey who don't drink or do drugs — and would try to capture the sort of constant banter between Nick and Nora Charles that characterized the 1930s Thin Man series. One problem — though Cohn had already written a few young adult novels, she felt that she needed a male author to properly capture the boy's voice.

It was then that she called Levithan.

"I believe her exact words were, 'I need a guy writer,' " he recalls.

Cohn quickly chimes in, "It was only later that I told him he was the only guy writer I knew at the time."

The pair like to make up stories about how they met. Levithan jokes that they found each other on a deserted island. Cohn says they met through a Jewish dating Web site — but they really met through the young adult lit world; Levithan is an editor with Scholastic Press.

Cohn wanted the book to take place over the course of one night in New York City, but other than that, she had no concrete plans. The two decided that they would take turns writing chapters — Levithan writing from Nick's perspective and Cohn taking on Nora.

"It was rare that it would take more than a day or two before the other person responded," Levithan says. "We didn't talk about the book at all while we were writing it. We didn't know what was going to happen next until we got the next chapter."

In the first chapter, Levithan created Nick, a high school senior from Hoboken. Nick's the heterosexual bass player in a band with two gay teens who play a style of music called "queer core."

Levithan e-mailed that first chapter to Cohn... and then she wrote a chapter about Nick's soon-to-be love interest Norah, the daughter of a record company executive.

"She comes across as very aggressive," Cohn explains, "but she is also a tender little tiger under all of that." The writer likens her to Canadian rocker Alanis Morrisette — one of dozens of musical references peppered throughout the novel.

It's a passage about music, one that Levithan wrote as Nick, that inspires the book's title:

I always think of each night as a song. Or each moment as a song. But now I'm seeing we don't live in a single song. We move from song to song, from lyric to lyric, from chord to chord. There is no ending here. It's an infinite playlist.

The two writers agree that writing about music was one of the biggest challenges of the book. They wanted to make sure that every musical reference they made could withstand the test of time.

Cohn says there were two types of band that meet that criteria — some that are timeless because they're so good, and others because they're so bad. Levithan jokes that Cohn kept trying to sneak in references to Color Me Badd – the boy band from the 1990s. "And I was like, it's just NOT going to fly."

After Nick & Norah's Infinite Playlist came out, the two collaborated on another book, called Naomi and Ely's No Kiss List. Right now, writers Levithan and Cohn are working on solo projects, but they may write future novels together.

Levithan adds, "It is an infinite playlist!!" 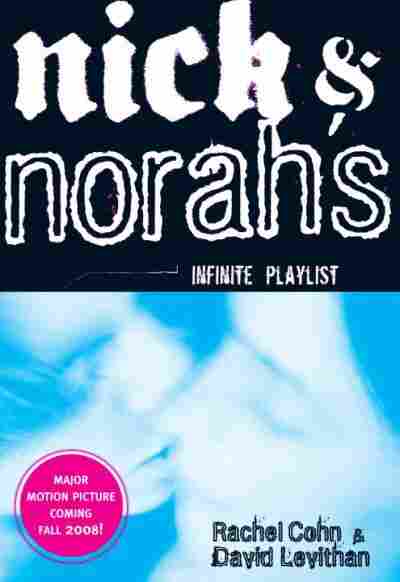 by Rachel Cohn and David Levithan