Accessibility links
Basia Bulat: Making The Autoharp Cool For many, the autoharp is remembered as the slightly geeky, easy-to-play instrument from grade-school music class, or as simple accompaniment for folk and country singers. But Basia Bulat, who sings and plays the autoharp on Oh, My Darling, hopes the time has come for people to discover the beauty and potential in the instrument. 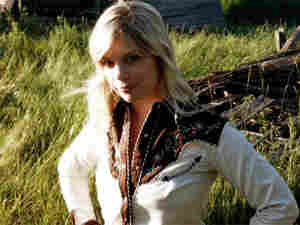 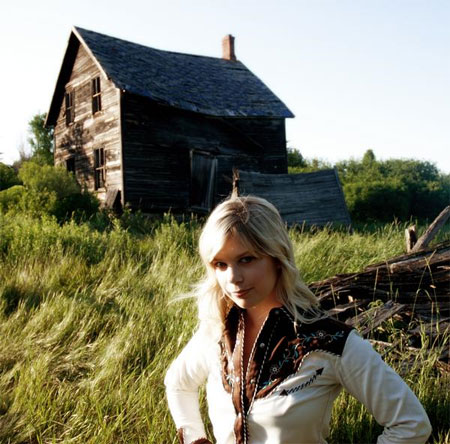 For many, the autoharp is remembered as the slightly geeky, easy-to-play instrument from grade-school music class, or as the accompaniment for folk and country singers in the late 1950s and '60s. It's fair to say that most people have never pictured it much as a leading instrument in a rock band. But Canadian singer-songwriter Basia Bulat — who sings and plays the autoharp on her debut album, Oh, My Darling — says she hopes the time has come for people to discover the beauty and potential in the instrument.

Shaped much like a washboard, the autoharp is a fretless stringed instrument that has buttons with little felt pads. These buttons, when depressed, mute the strings that are not part of the chord being played. Essentially, the player presses the chord button, strums the strings and gets the intended chord. The relative simplicity of it is what makes it such an easy instrument to learn to play. It's also what inspired Bulat to pick it up and learn to play.

"What I love about the autoharp," Bulat says, "is that when it was invented, it really is meant for everyone to be able to play. It's kind of the leveler of all instruments, and I think the sound is quite magical for something that's so simple."

Bulat also plays piano, saxophone and guitar — instruments known to be much more difficult to play and master. But she says she gravitates to odd instruments when the sound is right for the song.

"I think the thing about any instrument for me," Bulat says, "is that if it speaks to you for a particular melody or a particular lyric, then that's where you should go with it. Whether or not it's difficult shouldn't dictate how you write your songs or what you're singing about."

Bulat says that there's more versatility and potential for the autoharp than just background strumming — and perhaps there's room for the instrument to be cool again.

"I do definitely appreciate that you can rock it out; you can go crazy with it," Bulat says. "I think it's about time the autoharp got its due. It's like the dorky girl in the teen movie who had the glasses and the braces, and then suddenly she's at the prom all dolled up. I think eventually it's gonna come around to the autoharp's turn to be that girl."