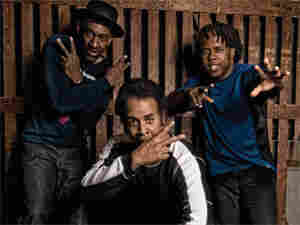 In a session with host David Dye, Clarke, Miller and Wooten discuss the unlikely circumstances that spurred the trio's formation, as well as the roles of three lead bassists during recording. With Miller as producer, they've redefined the possibilities of the electric bass on their first CD together, Thunder.