Accessibility links
Le Carre Tackles Terror In 'A Most Wanted Man' John le Carre, a one-time British intelligence officer, has been writing spy stories for more than 40 years. In his latest novel, he explores the complexities of the war on terror.

Listen
Le Carre Tackles Terror In 'A Most Wanted Man' 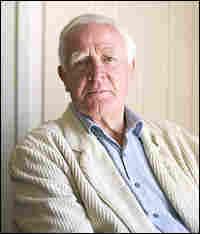 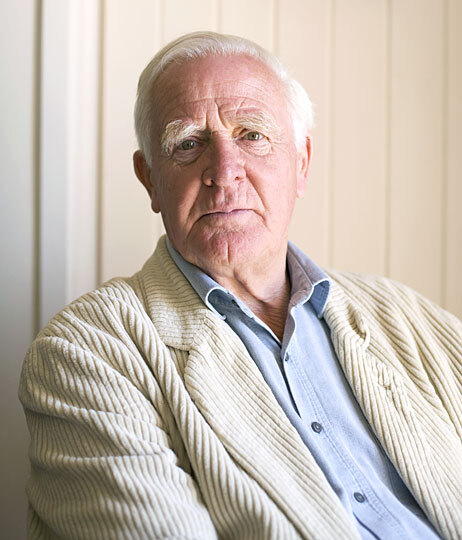 Read an excerpt from A Most Wanted Man.

Le Carre And The KGB

On Sept. 14, London's Sunday Times reported that Cornwell, also known as Le Carre, nearly defected to the Russians when he was a British intelligence officer.

In a letter to the editor, Cornwell says he was misrepresented, but he says he feels "sorrow rather than anger."

Read the article, and the subsequent letter. Also, listen to part of Cornwell's interview with NPR, where he talks about the debacle.

David Cornwell, a one-time British intelligence officer, has been writing spy stories under the name John Le Carre for more than 40 years.

He wrote unforgettable novels about Cold War spies and the secret struggles between East and West, including Tinker, Tailor, Soldier, Spy and A Perfect Spy.

In his newest book, A Most Wanted Man, Le Carre focuses on a young man named Issa who arrives illegally in Germany. He is half-Russian, half-Chechen, and he's a Muslim suspected of terrorism.

Le Carre tells NPR's Robert Siegel that Issa is one of the few characters he has written about who is based on a real person.

Le Carre says he met "a young, stringy boy" in Moscow in 1989 when he was researching a book about the war in the Caucasus. He called him Issa, which is Chechen for Jesus.

"Issa is for me an archetype of the wretched of the Earth if you like, engendered through the conflict in Chechnya, despised both by the Russians and by the Chechens, in fact," Le Carre says.

"For me as the writer, I went into it quite convinced that Issa had done nothing wrong in his life. He tried to protect his own people. He converted to Islam, but he was not a militant in that sense. He wasn't radical in the sense that somebody who is a member of al-Qaida is radical. But I like the idea that readers contemplate him with mystification, because I think it is actually exactly how we contemplate the mystery of Islam in our midst at the moment."

While A Most Wanted Man is mostly about the Germans and the British, there are three shady American characters in Le Carre's novel. Le Carre says he may be guilty of a "slightly polemical treatment" toward the Americans.

"In this book, because the three Americans who are sketched in are all engaged in extraordinary rendition — and because that is a process which I regard as totally evil and wrong — I find it very hard to make them more than two-dimensional," Le Carre says.

Another character who demonstrates Le Carre's approach to the war on terror is German intelligence officer Gunther Bachmann, a streetwise spy who is chasing Issa.

Bachmann "has a very sensible take on the so-called war on terror. He does want to penetrate the opposition; he does want to frustrate terrorist activity. He thinks he knows how to do that," Le Carre says. "He also knows this cannot be done alone without a political and a humanitarian context.

"We can't win the war on terror by dropping bombs on people or confining them in prisons. There is a greater philosophical need to adjust to the people we're dealing with."

Excerpt: 'A Most Wanted Man' 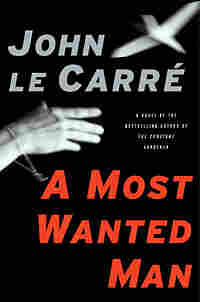 And this Günther Bachmann fellow from Berlin—who was he, exactly when he was at home?

If there are people in the world for whom espionage was ever the only possible calling, Bachmann was such a person. The polyglot offspring of a string of mixed marriages contracted by a flamboyant German-Ukrainian woman, and reputedly the only officer of his service not to possess an academic qualification beyond summary expulsion from his secondary school, Bachmann had by the age of thirty run away to sea, trekked the Hindu Kush, been imprisoned in Colombia and written a thousand-page unpublishable novel.

Yet somehow, in the course of notching up these improbable experiences, he had discovered both his nationhood and his true calling: first as the occasional agent of some far-flung German outpost, then as a covert overseas official without diplomatic rank; in Warsaw for his Polish; in Aden, Beirut, Baghdad and Mogadishu for his Arabic; and in Berlin for his sins, while he cooled his heels after fathering a near-epic scandal of which only the sketchiest outlines had ever reached the gossip mill: excessive zeal, said the rumors; a blackmail attempt too far; a suicide, a German ambassador hastily recalled.

Then cautiously, under yet another name, back to Beirut, to do once more what he had always done better than anyone, if not necessarily according to the book—but since when had "the book" been necessary equipment in Beirut?—namely to trawl, recruit and run, by any means, live agents in the field, which is the gold standard of real intelligence gathering. Eventually even Beirut became too hot for him, and a desk in Hamburg seemed suddenly the safest place—if not to Bachmann, then to his masters in Berlin.

But Bachmann was never the one to be put out to grass. Those who said that Hamburg was a punishment posting didn't know what they were talking about. Now stuck in his mid-forties, he was a scruffy, explosive mongrel of a man, stocky in the shoulders and frequently with ash on the lapels of his jacket until it was brushed off by the egregious

Erna Frey, his long-standing workmate and assistant. He was driven, charismatic and compelling, a workaholic with a knockout smile. He had a mop of sandy hair that was too young for the crisscross wrinkles on his brow. Like an actor, he could blandish, charm or intimidate. He could be sweet-tongued and foul-mouthed in the same sentence.

From A Most Wanted Man by John le Carré. Copyright (c) 2008 © by David Cornwell. Reprinted by permission of Scribner, an Imprint of Simon & Schuster, Inc, NY.