Accessibility links
'In Justice': David Iglesias On U.S. Attorney Firings An internal Justice Department investigation has concluded that the controversial U.S. attorney firings of 2006 were of a partisan political nature. One of the seven fired attorneys, Iglesias discusses his book, In Justice, an insider's account of the affair.

The controversial U.S. attorney firings of 2006 were of a partisan political nature — that's the conclusion reached recently in an internal Justice Department investigation.

That's a vindication for David Iglesias, one of the attorneys whose firings caused a scandal that eventually led to the resignation of then-Attorney General Alberto Gonzales. Iglesias has long said he was fired from his U.S. attorney post in New Mexico because he refused to bow to pressure from Republican members of Congress, who wanted him to speed up a politically sensitive investigation involving Democratic legislators.

Iglesias has written an insider's account of the affair; it's titled In Justice: Inside the Scandal That Rocked the Bush Administration. 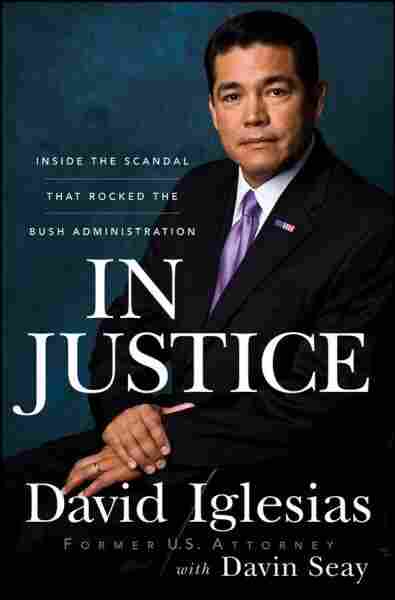 Inside the Scandal That Rocked the Bush Administration