Accessibility links
In Indonesia, Many Rooting For An Obama Victory Many Indonesians have a soft spot for Barack Obama because of his childhood ties to the country, and many locals think he will do more to repair America's image in the world than will rival John McCain.

Listen
In Indonesia, Many Rooting For An Obama Victory 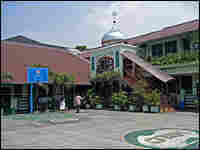 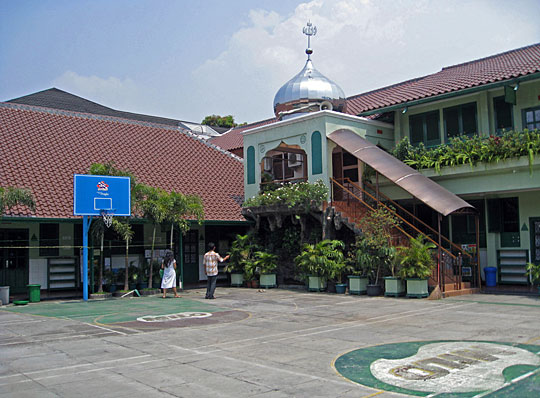 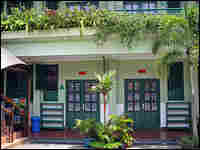 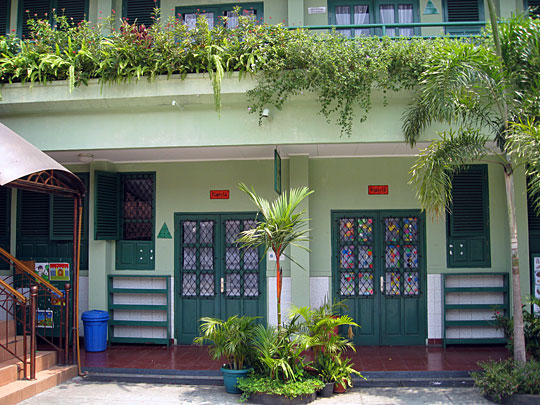 Indonesia is the world's most populous Muslim-majority nation, and a place where America's image has been badly tarnished by the wars in Iraq and Afghanistan. But Indonesians are keenly interested in the outcome of the U.S. presidential election, and they have a soft spot for Democrat Barack Obama, who spent part of his childhood there.

At the school Obama attended in the Menteng district of Jakarta, a security guard named Adang says he is a little tired of the reporters who come expecting to find an Islamic boarding school and evidence of Obama's secret Muslim identity — an image encouraged by some of Obama's political opponents in the United States.

It's not true, says Adang, who goes by one name. He points to Obama's third- and fourth-grade classrooms and says patiently that this is not an Islamic school.

"Yes, we have a mosque," he says, but at prayer time there are rooms for Christians and Buddhists to pray in, too. Public School No. 1 Menteng is actually among the city's finest, in one of Jakarta's most exclusive neighborhoods and home to many of Indonesia's business and political elite.

Adang says he wants Obama to win next month simply because he's an alumnus. It would be good for the school's image, he says, to be able to say that the president of the U.S. studied here, too.

About a mile away is a more nuanced perspective from an unlikely source — a shopkeeper who lives, literally, on the wrong side of the tracks, in the shadows of the gleaming new malls and high-rise condominiums sprouting like mushrooms.

In his memoir, Obama writes about his mother's despair at the level of poverty nearly 40 years ago. Shopkeeper Probowo says the gap between rich and poor still exists, and if anything, he says, it is getting worse.

Probowo says he's been following the U.S. presidential race closely on TV and in the newspaper.

"The U.S. is a great superpower," Probowo says. "And U.S. policy is felt throughout the world. I like Barack Obama. Not because he lived in Jakarta, but because I believe he can help change America's image, especially in the Muslim world. If John McCain becomes president, I don't see things improving in Iraq or elsewhere. But Obama says he'll stop the war. And that will be a good thing for everyone."

Probowo is Muslim, but says he doesn't care that Obama is Christian. Religion isn't relevant, he says, and what matters is how Obama looks at the world and uses his ability to shape America's foreign policy for the better.

But for others, religion does matter. Habib Muchsin chairs the advisory board of the Islamic Defenders Front, the self-appointed morality police whose attacks on bars, restaurants and minority groups smack of Afghanistan's Taliban and their Ministry of Vice and Virtue.

Muchsin doesn't care much for George W. Bush and has no opinion about McCain, but he believes Obama may do better by Muslims worldwide — because he had a Muslim father and lived, for a time, in a Muslim culture.

"He may be a Christian, but he's not a fundamentalist Christian, like George Bush," Muchsin says. "And hopefully, Obama can make U.S. foreign policy a bit softer. He's a nonbeliever, yes, but that doesn't mean we should be suspicious of him. And I believe his time spent here will help him understand Muslims better than his opponent."

Back in affluent Menteng, not far from Obama's former school, Rizal Mallaranggeng is hoping for an Obama win, too. Mallaranggeng, 43, is running for president in Indonesia in April. He says he has nothing against McCain, but he sees a kindred spirit in Obama.

"It will be positive for me and for the younger generation in Indonesia," Mallaranggeng says. "It will not make us win the election, but it will create some kind of opening momentum — small momentum, perhaps, but useful. We also need new blood here, new spirit here, so it's useful for us."