Accessibility links
Some Consumers See Credit Cards Canceled As the credit crunch threatens businesses, some consumers are being hit directly in the wallet. In addition to canceled cards, consumer advocates say people are seeing their limits reduced and their interest rates jump.

In the midst of the credit crunch, credit card companies are being more careful about whom they lend to. iStockphoto.com hide caption 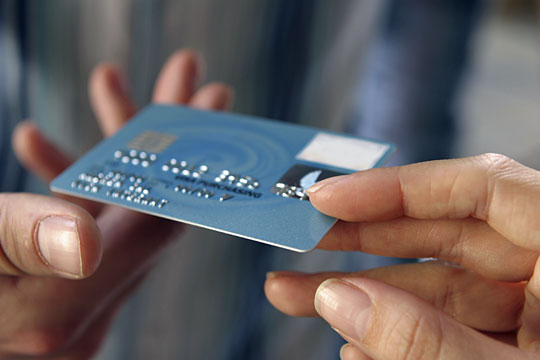 In the midst of the credit crunch, credit card companies are being more careful about whom they lend to.

In addition to the credit crisis between banks and businesses, there's another kind of credit crunch hitting people directly in their wallets.

Credit card companies are taking a closer look at their customers — and the risks they pose. Consumer advocates say they're getting complaints from lots of people who are seeing their limits reduced to just over what they owe. Many say they've been perfect customers.

Others say their interest rates have jumped, or they've had their cards canceled outright.

One person who experienced the crunch firsthand is Lynn Murphy of Little Rock, Ark., who admits she's a big user of credit cards. She has quite a few of them and carries some hefty balances. She says she never misses a payment and always pays at least the minimum due.

But a few months ago, Murphy was a day late paying one of her bills, so she called the credit card company to try to get the late fee removed. The conversation went in a very different direction.

"They said, 'Well you have good credit, but look how much debt you have, and how much income you have. We're scared you won't be able to pay us,' " Murphy says.

Murphy says the woman on the other end of the line lowered her credit limit right then and there.

Curtis Arnold, the founder of Cardratings.com, has even experienced the crunch. He says he got a letter in the mail from a card issuer notifying him it was closing his account because he hadn't used the account in a while.

Arnold says credit card companies are worried about falling profits and are trying to protect themselves from rising delinquency rates. He says they're targeting people with significant balances and those living in areas hit hard by the housing downturn.

But Nessa Feddis, vice president of the American Bankers Association, says it's not at all clear that lenders are targeting specific groups of customers. What they are doing, she says, is protecting themselves from rising risk.

Feddis adds that if it seems likely that customers won't be able to pay their debts, it's in no one's interest for them to continue racking up charges.

Banks do have to notify their customers — in writing — if a credit line is being changed. But a reduced credit limit for customers can be more than just an inconvenience; it can hurt their credit score.

"One of the things that goes into [your credit score] is your ratio of available credit and how much of it you're using," says Greg Daugherty, executive editor of Consumer Reports magazine. "So if all of a sudden, you have less of it available, it looks like you're using more. It makes you look like more of a risk — and it makes you a less attractive customer to other lenders."

But there are even larger issues. In August, U.S. consumer credit dropped for the first time in a decade. The decline was brought on largely by consumer fears about the economy, says Brian Bethune with Global Insight, an economic consulting firm. Reduced access to auto credit, lower credit card limits and closed accounts played a role, too.

"That means there's less credit for them, and they buy less and that causes the economy to weaken further," Bethune says. "So you can get into this kind of a negative feedback loop leading to a weaker economy, and very sharp slowdowns in credit availability."

Maybe there is one possible upside for consumers: This credit tightening means there were 500 million fewer credit card offers mailed out in the first half of this year.