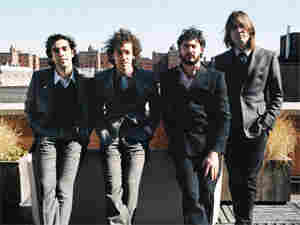 Hammond still keeps his day job in The Strokes, but two years ago took on the role of frontman, which he says took time to get used to. His music retains the guitar-driven style of his main band, but also incorporates Hammond's tender, bluesy vocals.