Accessibility links
Crime, Politics Causing Many To Leave South Africa Young South Africans are leaving the country for safer, less tumultuous places. Some are worried about the nation's new political leadership, but most say they are scared away by crime. The exodus is creating fears of a brain drain. 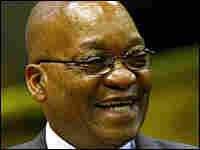 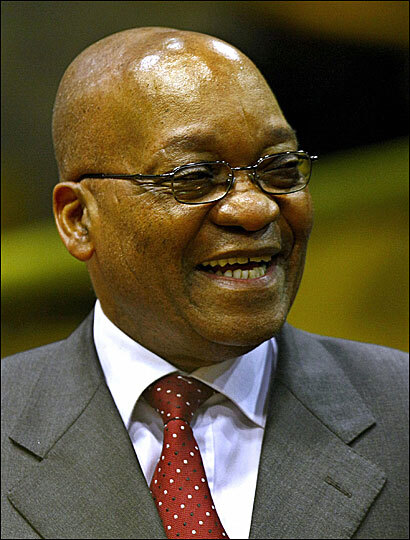 A steady stream of South Africans are leaving the country to seek their fortunes in Australia, New Zealand, Dubai and elsewhere. Some are worried about the nation's new political leadership, but most say they are scared away by crime.

Margie Clark has a typical story to tell. She's 52 years old and white, and she and her husband have two grown sons. A couple of years ago in Johannesburg, somebody carjacked their youngest son and shot him. It was a merciful bullet.

"It went through his body, and it didn't hit any vital organs. So it went in through his side and came out a millimeter from his spine, so he was very, very lucky," Clark says. "But it has a traumatic effect on a person. So he decided to go and live in London. He didn't want to live fearing if people were driving behind him. My older son would never go and live in London, not if you paid him."

But if Clark's older boy ever decides to leave South Africa, she will likely handle the move. Clark is a sales manager at Crown International Relocations. Over the past six years, she says the business of moving South Africans out of South Africa has quadrupled.

"It's actually very sad. Because they are construction people, engineers, mining people as well who are leaving the country who believe there's not a good future," she says. "And it's a lot of young folk. The average [person] moving is between 29 and 40."

Brain drain is a real worry here. In the 1990s, it was primarily a white exodus as the prospect of the nation being ruled by black people became a reality. Now, a variety of people are leaving for a variety of reasons. The government no longer keeps count, but a major impetus appears to be violent crime, which is bedeviling the townships, the cities and the tiny suburbs surrounding the cities.

Sheila Meintjes teaches political science at the University of the Witwatersrand in Johannesburg. Sitting in one of the area's typical suburban courtyards behind high walls and heavy security gates, she says the nation's political scene is almost as depressing to South Africans as crime.

"My students express concerns, and 95 percent of my students are black," says Meintjes, who is white. "Many of them are saying they don't want to be here any more. A lot of people feel that they are producing children for export. And I think that's a terrible thing — and what an indictment against a country with so much possibility and [that] came to democracy with so much optimism."

After nearly a decade in power, former President Thabo Mbeki resigned last month under pressure from the ruling African National Congress. The ANC then chose an interim president, Kgalema Motlanthe.

Next year, the party's current leader will likely emerge as the new head of state — and that's what has people here worried. The ANC president, Jacob Zuma, is a polarizing figure in South Africa. Zuma is the fellow with a theme song titled, "Get Me My Machine Gun." Already, the ANC is facing an emergency session and Mbeki loyalists are threatening to secede.

Charlotte Levin, who has been working at an animal shelter for 30 years, says the political headlines tell her when to buy more pet food.

"We tend to go through different trends, depending on the political situation in our country and when there is an outburst of violence or crime or whatever the case may be," she says. "With the resignation of President Mbeki, we've had two inquiries from people, members of the public, who want to know should they emigrate if they are able to donate their animals and bring their animals in to us."

Levin says plenty of people bring their animals to the shelter without ever mentioning they are leaving the country for good. That may be because they're ambivalent about going. Dikeleli Mokoena is a prospective emigrant. She's a black university student in Johannesburg, and she says she's leaving South Africa. But she's definitely, probably, maybe coming back.

"Say we just break up into this whole chaos within South Africa. Obviously, I don't think I would want to stay," Mokoena says. "I would leave, however, come back at some point. ... I've always wanted to do my Ph.D. overseas, anyway."

Apart from her dissatisfaction with the ANC, Mokoena says she has been mugged twice in 18 months. The first mugging happened in the township where she lives, and the second was outside her school in downtown Johannesburg.

Crime is also a factor for Dennis Georgiannis. He has about a year left at university and is thinking about settling in his family's ancestral homeland in Greece. At first, he says, he and his parents argued over the idea, but then they found three armed robbers at their suburban home.

"Yeah, it was pretty intense," Georgiannis says. "It was in June. It was inside our garage. They tried to come into the house, but I pressed the alarm, and they fled."