Warning: getimagesize(https://media.npr.org/books/reviews/2008/10/right_200p.jpg): failed to open stream: HTTP request failed! HTTP/1.0 404 Not Found in /var/www/html/src/Views/CommonJsonldView.php on line 87
 Inside 'The Evangelical Ivy League' : NPR
Accessibility links
Inside 'The Evangelical Ivy League' Photographer Jona Frank's portraits of the Patrick Henry College student body reveal a group of kids for whom the Abercrombie & Fitch catalog is the work of sinners and a game of sloppy beer pong immoral.

Inside 'The Evangelical Ivy League'

Inside 'The Evangelical Ivy League' 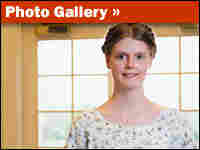 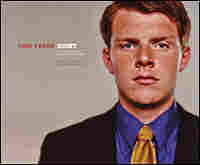 The ferociously conservative Christian right may be an unfashionable bunch this political season, but when it comes to the notion of a need for change, there are no truer or more fervently motivated believers. In fact, the recently founded Patrick Henry College is churning out these family-values crusaders in force.

Inspired by journalist Hanna Rosin's 2005 New Yorker article about Purcellville, Va.'s so-called "Harvard For Homeschoolers" (subsequently expanded in the book God's Harvard), photographer Jona Frank put aside her own lefty leanings and set out — with Right: Portraits from the Evangelical Ivy League — to find the shared heartbeat of Patrick Henry College's student body, a group of kids for whom the Abercrombie & Fitch catalog is the work of sinners and a game of sloppy beer pong immoral.

It would have been easy for Frank to frame her young subjects — many of them acne-riddled, most of them attired in bad suits or ankle-length skirts, all of them painfully clean-cut — as proselytizing geeks and rabid, would-be game-changers. Indeed, the school's founder, Michael Farris, has aspirations for his Christian charges that go way beyond living right and influence-peddling. He greets each class of freshmen with a dream: One day, he tells them, "an Academy Award winner will walk down the aisle. He'll get a cell phone call congratulating him. It happens to be the president of the United States — his old roommate from Patrick Henry College."

Photographer Frank's intentionally neutral approach carries much less of a chill and allows unflinching expressions, erect postures, small sartorial details and the students' own words to tell a story. Jeremiah, a recent PHC grad who lists Harriet Tubman and disgraced evangelical pastor Ted Haggard among his heroes, is photographed like a young Sam Waterston on the set of Law & Order, his preternatural sense of empowerment eerily convincing. James, 19, in a midnight black blazer, looks burningly at the horizon and recalls with fondness "being treated to pizza and ice-cream sundaes at John Ashcroft's house" on one of his class's quite unique school trips. In a section titled "Interns," Rebekah, 23, kicks back on the set of Fox News, while Craig, 24, looks positively snappish in the office of Republican Congressman Donald Manzullo, both students the beneficiaries of PHC's aggressive placement programs.

If these and many other of the book's images are provocative, they're also somewhat forgettable as photographs. In the end, Right doesn't earn its worth through transcendent pictures. But that doesn't mean it lacks power and persuasion. Depending on where you sit, an image of towheaded Regan (the 7-year-old brother of freshman Juli Schuttger) sternly at work at his parents' kitchen table will either swell you with pride for his industriousness or bring to mind the apple-cheeked foot soldier in Cabaret.

You know, the one who sings "Tomorrow Belongs To Me." 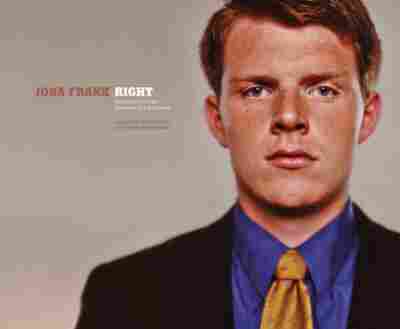 Portraits from the Evangelical Ivy League