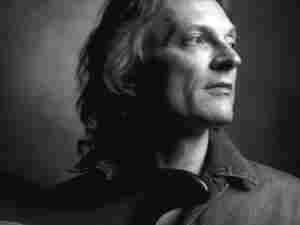 Slide-guitar master Sonny Landreth's newest album, From the Reach, is a collaborative effort of epic proportions. Featuring some of rock's greatest guitarists — Eric Clapton, Mark Knopfler, Dr. John and Jimmy Buffett among them — the album provides an in-depth back-and-forth conversation of guitar riffs, with a trading of verses in the tradition of blues, rock and zydeco. Making an album with a crew of his favorite musicians had long been a dream for Landreth, who wrote each song on the disc with specific artists in mind. In a session with host David Dye, he performs music from his newest CD, From the Reach.

According to Clapton, Landreth is "probably the most underestimated musician on the planet, and also probably one of the most advanced." His innovative style mixes blues, jazz, zydeco and rock, but his main influence is Cajun, a tradition he's committed to championing. Landreth is currently on a U.S. tour, with stops in California and Louisiana.