Accessibility links
Obama's Evolution From Organizer To Politician Barack Obama says he got his best education as a community organizer in Chicago, where his aim was to turn grievances into action. Lessons learned during that time can be seen in his run for president. 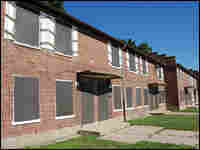 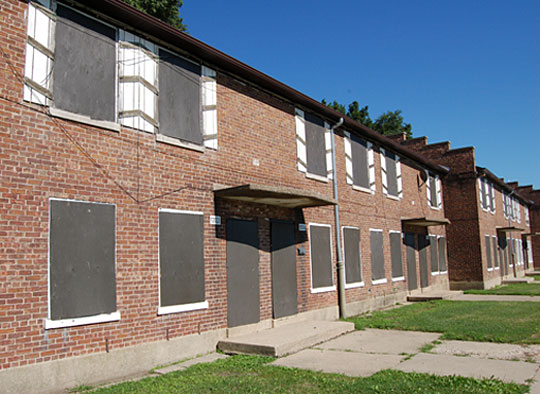 Barack Obama organized residents of Altgeld Gardens, a public housing complex in Chicago, to pressure the city to improve conditions in the area.

Barack Obama was educated at top-notch schools: Occidental College, Columbia University and Harvard Law School. But the presidential candidate has repeatedly said that he got his best education as a community organizer at Altgeld Gardens, a public housing complex in Chicago.

The phrase "community organizer" conjures up do-gooder images, soup kitchens and Meals-on-Wheels programs. But it doesn't quite capture the bare-knuckle aspects of the job.

Obama organized residents at Altgeld Gardens to pressure the city to improve education and dangerous environmental conditions in the area. His aim was to turn grievances into action, which took a combination of motivation and intimidation in the form of votes, protests and organized boycotts.

In Chicago, community-organizing is often how things get done politically. And the organizers often lock horns with the city's entrenched political machine.

At Altgeld, Obama became frustrated when change was slow in coming. Eventually, he decided to leave Chicago to attend law school at Harvard.

"We could change people's lives on a one-on-one basis and change small things in neighborhoods," says Jerry Kellman, who hired Obama at Altgeld. "But if you were interested in transformation of race and poverty, it would take a long time doing that by community-organizing — and many, many generations."

Successful community-organizing campaigns are viral in nature. Enthusiasm or anger spreads from person to person, eventually building a groundswell.

Politics has always worked much the same way, but Kellman says Obama added a new twist. From text message voting-day alerts to the My Obama Weblogs, the candidate used technology to spread his message in new ways.

"It's the first campaign that we've ever had that has depended on some lessons from organizing," Kellman says. "And it couples that old-fashioned organizing with new technologies. ...It's changed the face of politics forever."