Accessibility links
Krugman On The Financial Crisis And Public Spending Nobel laureate Paul Krugman believes that increased public spending — akin to the efforts of the New Deal during the Great Depression — is the best way to escape the financial crisis and regain American global leadership.

Listen
Krugman On The Financial Crisis And Public Spending 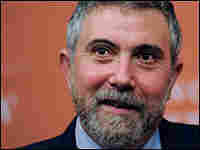 Paul Krugman speaks at a press conference at Princeton University following the announcement that he had won the 2008 Nobel Prize in Economics. Jeff Zelevansky/Getty Images hide caption

Nobel laureate Paul Krugman believes that increased public spending — akin to the efforts of the New Deal during the Great Depression — is the best way to escape the financial crisis and regain American global leadership.

In his Oct. 16 column in The New York Times, Krugman writes, "It's politically fashionable to rant against government spending and demand fiscal responsibility. But right now, increased government spending is just what the doctor ordered, and concerns about the budget deficit should be put on hold."

Paul Krugman is a professor of economics and international affairs at Princeton University, and the recipient of the 2008 Nobel Prize in Economics. He has been an op-ed columnist for The New York Times since 1999. His most recent books are The Conscience of a Liberal and The Great Unraveling: Losing Our Way in the New Century.

Excerpt: 'The Conscience of a Liberal' 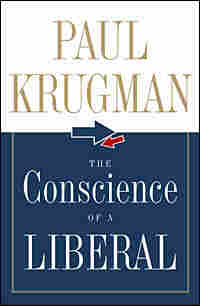 A few months after the 2004 election I was placed under some pressure by journalistic colleagues, who said I should stop spending so much time criticizing the Bush administration and conservatives more generally. "The election settled some things," I was told. In retrospect, however, it's starting to look as if the 2004 election was movement conservatism's last hurrah.

Republicans won a stunning victory in the 2002 midterm election by exploiting terrorism to the hilt. There's every reason to believe that one reason Bush took us to war with Iraq was his desire to perpetuate war psychology combined with his expectation that victory in a splendid little war would be good for his reelection prospects. Indeed, Iraq probably did win Bush the 2004 election, even though the war was already going badly.

But the war did go badly — and that was not an accident. When Bush moved into the White House, movement conservatism finally found itself in control of all the levers of power — and quickly proved itself unable to govern. The movement's politicization of everything, the way it values political loyalty above all else, creates a culture of cronyism and corruption that has pervaded everything the Bush administration does, from the failed reconstruction of Iraq to the hapless response to Hurricane Katrina. The multiple failures of the Bush administration are what happens when the government is run by a movement that is dedicated to policies that are against most Americans' interests, and must try to compensate for that inherent weakness through deception, distraction, and the distribution of largesse to its supporters. And the nation's rising contempt for Bush and his administration helped Democrats achieve a stunning victory in the 2006 midterm election.

One election does not make a trend. There are, however, deeper forces undermining the political tactics movement conservatives have used since Ronald Reagan ran for governor of California. Crucially, the American electorate is, to put it bluntly, becoming less white. Republican strategists try to draw a distinction between African Americans and the Hispanic and Asian voters who play a gradually growing role in elections — but as the debate over immigration showed, that's not a distinction the white backlash voters the modern GOP depends on are prepared to make. A less crude factor is the progressive shift in Americans' attitudes: Polling suggests that the electorate has moved significantly to the left on domestic issues since the 1990s, and race is a diminishing force in a nation that is, truly, becoming steadily less racist.

Movement conservatism still has money on its side, but that has never been enough in itself. Anything can happen in the 2008 election, but it looks like a reasonable guess that by 2009 America will have a Democratic president and a solidly Democratic Congress. Moreover, this new majority, if it emerges, will be much more ideologically cohesive than the Democratic majority of Bill Clinton's first two years, which was an uneasy alliance between Northern liberals and conservative Southerners.

The question is, what should the new majority do? My answer is that it should, for the nation's sake, pursue an unabashedly liberal program of expanding the social safety net and reducing inequality — a new New Deal. The starting point for that program, the twenty-first-century equivalent of Social Security, should be universal health care, something every other advanced country already has. Before we can talk about how to get there, however, it's helpful to take a good look at where we've been. That look — the story of the arc of modern American history — is the subject of the next eight chapters.

Excerpted from The Conscience of a Liberal (c) Copyright 2007 by Paul Krugman. Reprinted with permission by W. W. Norton. 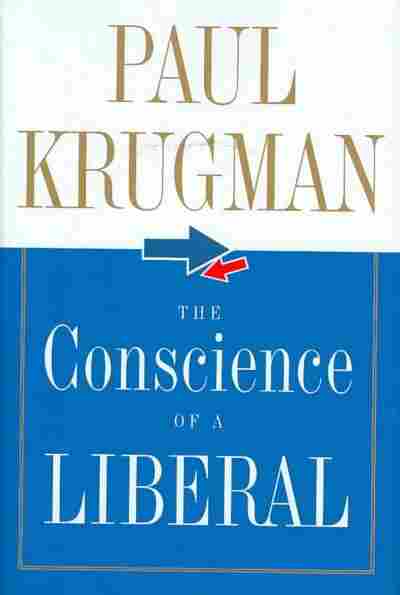 The Conscience of a Liberal

Title
The Conscience of a Liberal
Author
Paul Krugman 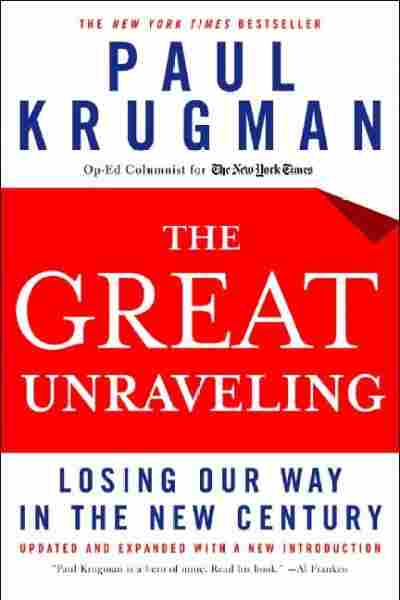 Losing Our Way in the New Century