Accessibility links
'Let The Right One In': Lyrical, If Well-Chewed In his Swedish vampire fable, director Tomas Alfredson constructs a biting narrative without going overboard on the blood. For all its finesse, though, the movie is still essentially a genre exercise. 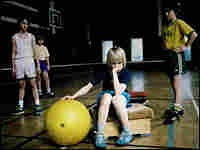 Twelve-year-old Oskar (Kare Hedebrant) wishes he could visit revenge on the bullies at school, but cannot bring himself to embrace a killer's instinct. Magnet Releasing hide caption 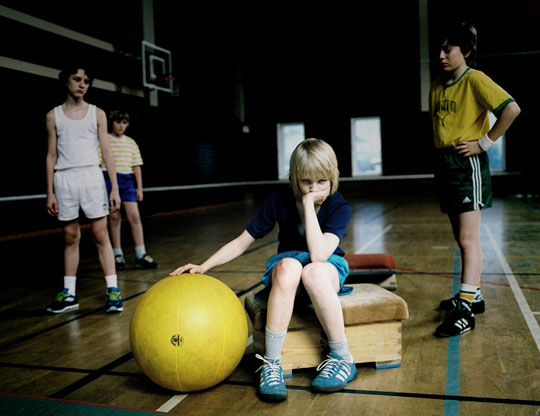 Twelve-year-old Oskar (Kare Hedebrant) wishes he could visit revenge on the bullies at school, but cannot bring himself to embrace a killer's instinct.

Let The Right One In 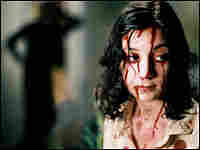 Rough childhood: Eli (Lina Leandersson) moves to Oskar's Stockholm suburb with her father — a vampire. Not surprisingly, she has trouble fitting in. Magnet Releasing hide caption 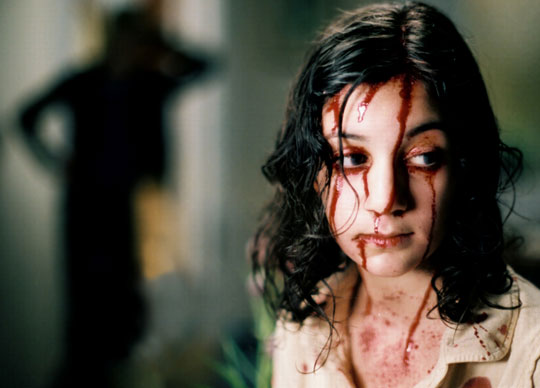 Rough childhood: Eli (Lina Leandersson) moves to Oskar's Stockholm suburb with her father — a vampire. Not surprisingly, she has trouble fitting in.

From the land of the midday dark — Sweden in winter — comes a cool, deliberate vampire tale. Let the Right One In is lovelier than most bloodsucker flicks, but it doesn't quite transcend its well-chewed genre.

One snowy night in 1982, a father and daughter move into a bland apartment block in a Stockholm suburb. Dad immediately covers the windows against light, and begins his work. Soon, unlucky locals are being abducted and drained of blood.

In the apartment next door, 12-year-old Oskar (Kare Hedebrant) only wishes he could be so murderous. A target for the bullies at his school, the baby-faced blond practices lunging with a hunting knife and compiles scrapbooks of brutal crimes. (Who knew Sweden was such a murderous place?) But Oskar is not a natural born killer, and the bullying continues.

One night, Oskar meets the younger of his new neighbors, Eli (Lina Leandersson). "I can't be your friend," says the black-haired newcomer, who's also 12. Yet the two outcasts are destined to be pals; Oskar even learns Morse code so he can tap messages to Eli through the wall.

Writer John Ajvide Lindqvist, adapting his own novel, doesn't invoke all the old lore. No one in the movie uses garlic, a crucifix or a wooden stake against a vampire.

Sunlight and cats are bad news for vamps, though, and the blood-craving creatures can't enter a dwelling without permission. Thus the movie's title, which refers to Oskar's decision to invite Eli into his life. She could be another predator, or she could be the defender he badly needs.

Director Tomas Alfredson tells the story with impressive efficiency, quickly sketching Oskar's relationships with his divorced parents and the power dynamic among the schoolyard bullies. Nothing is overstated, from Hedebrant and Leandersson's affecting performances to the sense of geopolitical dread. (The Soviet Union's threat is a recurring topic in adult conversation.)

Heavy on black, white and bluish gray, cinematographer Hoyte van Hoytema's palette is appropriately frigid. The color scheme is highlighted by the occasional flash of deep red, but the action isn't bathed in blood, and the camera usually keeps a discreet distance from acts of violence.

For all its finesse, however, the movie doesn't surprise. The link between blood and female adolescence is hardly startling, and Oskar and Eli's story culminates exactly as expected. Let the Right One In may be the most lyrical vampire fable since Werner Herzog's 1979 remake of Nosferatu, but it's still got genre in its blood.