Accessibility links
Rock Shots: Behind the Bands, Behind the Lens Tom Wright traveled as a road manager with the Rolling Stones, the Faces, the Who and other bands from the late '60s through the early '80s. But Wright is also a photographer — so while he was collecting indelible experiences in those decades, he was also collecting extraordinary images. 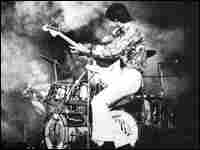 For destitute hillbillies, blacks, and immigrants, Detroit was the promised land of jobs, jobs, and more jobs. For young guys my age, it looked like a breeding ground for robots. A huge, dirty, mechanized world divided into eight-hour shifts, nothing to look forward to, but sweat, bondage, old age, and cancer. Turns out, everybody was right.

In Detroit, the urge to be different became the demand. Kids there knew from birth the strength and power of the group strike. Now, these kids were ready to join forces because the enemy was so obvious. It was simply Them.

In other cities, everyone was sneaking around smoking pot. In Detroit, they were rolling joints on the street. They went after pot-smoking like it was baseball, and at that time, there was more music per square inch in Detroit than anywhere in the country. So what started as the idealistic musical dream of beat poets and entrepreneurs on the West Coast surfaced in Detroit as assembly-line revolt, the birthplace and nursery for heavy metal. And the Grande Ballroom was the hatchery.

The Grande was special. It'd opened a year or so before the stock market crash, and from pictures found in its basement, you could see it'd once been suitable for royalty—all roses, white linen tablecloths, ball gowns, and tuxedos. All the big orchestras played there, including Louis Armstrong. Detroit had a lot of elegant ballrooms, many of them bigger, but the Grande was the last one built from that era of grand occasions, when weekends in a factory town meant elegance and élan.

By the 1950s, the neighborhoods near the Grande were ghettos, and the ballroom was boarded up, braced for the apocalypse. Soon, a slumlord who'd been buying up recently ghetto-ized properties bought the Grande at auction and rented the upstairs on weekends as a black skating rink. The oak dance floor held up, but everything else in the building was trashed. Eventually the landlord boxed up hundreds of roller skates in the basement, kicked everyone out, and hung plywood over all the windows and doors, inside and out. Nothing happened for ten years.

In the late '60s, Russ Gibb, a full-time high school teacher and part-time radio deejay, unshuttered the ballroom and brought music back to the Grande.

The shows were designed to nail your a-- to the wall. Julie Driscoll, Joe Cocker, and Chuck Berry in one night. You knew as soon as you saw that lineup that you could get as high as you wanted and wouldn't be let down.. ...

Then there was Led Zeppelin's first two-night stand at the Grande on their debut American tour. Russ had talked up the band on the radio, calling them the "re-formed" Yardbirds and playing old Yardbirds records that were ho-hum at best. Nevertheless, a huge crowd arrived that Friday night for the "Led Birds," underestimating everything.

The band, their 300 pound manager, and a pair of roadies had shown up for soundcheck at four that Friday afternoon. Their equipment had not. It was still back at the airport in Boston. All they had was their guitars and a bass, which they'd hand-carried on the plane.

On the stage, testing their equipment, was the opening act, a four-piece pop band, kids from the suburbs setting up for their first big gig. Their mom-and-pop management team was down on the dance floor, coaching these raw kids through a squeaky version of "Good Rockin' Tonight."

Back in my office, the catering room in the ballroom's heyday, the huge English manager was making calls and hanging up on God-knows-who, while the Yardbirds retreads stood around chain-smoking and looking like they were about to face a firing squad. Eventually, it was determined that the gear would never arrive in time for the show and that all the music stores in Detroit had just closed, were about to close, and, no, they didn't know who Led Zeppelin was. Soon the managers-parents were in deep negotiations with the giant Englishman flanked by the spaced-out musicians from England. From across the dance floor, it looked like a mugging waiting to happen.

The kiddie band equipment was just that, Sears Roebuck-type stuff. Turns out, it wasn't even paid for; they were buying it on time. The parents' first reaction to the Led Zep proposition of borrowing their gear was no; they'd heard that bands from England break up their equipment. But after about thirty minutes of haggling, the Englishman finally gave them a deal they couldn't refuse: he'd pay them 300 bucks to use the drums and amps, and would give them a $1,000 deposit against any damages, and they could hold the cash. After all, Led Zeppelin would only play for an hour, and if they couldn't use the equipment, they'd have to cancel the show and the kids would lose their one big chance to play at the Grande.

The place was packed that night. I would never have guessed it, as the only thing the Yardbirds had going for them since Clapton had left was that they were from England. The kids played about half an hour and it was almost good, just bouncy, Top 40 stuff. They were so young, the audience loved them and were dancing along, smoking joints, laughing. During the break, the Zeppelin roadies went onstage and moved a couple of things, but there just wasn't much there. The vocal mics went into the house P.A.; Dave Miller fiddled with levels. The tiny amps and bright blue wedding reception drums would have to do.

As the band took the stage, strapping on guitars and adjusting things, Robert Plant apologized, humbly mumbling that their equipment was still in Boston, their record wasn't out, and generally setting up the packed crowd for a certified failure. The group was visibly scared as they launched their set, which amounted to their forthcoming album. But as Plant's voice and Jimmy Page's burning guitar filled the building, people were stunned, it was so good. No echo chambers, no wah-wah pedals. The band was on edge. They were using the same tools as the kids before them, yet everything about them was new. The look. The sound. The material. They didn't do one Yardbirds tune — and nobody even missed it.

The Grande audience emptied out into the city that night with news of the greatest band that had ever played the club.

The Grand Ballroom
Tom Wright
Guide to the Tom Wright Collection, University of Texas at Austin 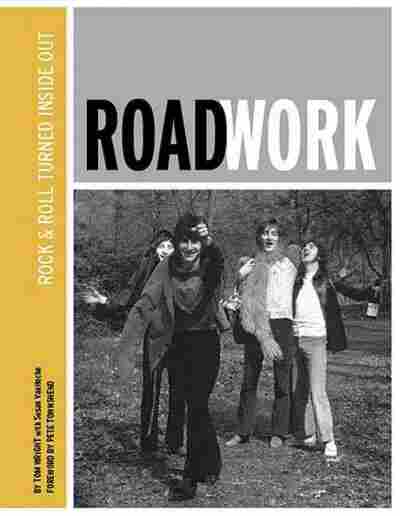 Rock & Roll Turned Inside Out