Accessibility links
Doubts Arise About 1972 Angola Prison Murder In 1972, a popular young correctional officer was stabbed to death at Angola prison. Two inmates were quickly convicted of the crime and placed in solitary confinement for nearly four decades. Now, all these years later, the murder seems even more elusive than it did then, and there are questions about their guilt. 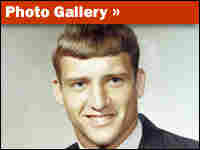 From Birth To Death At Angola

Most inmates work in the fields at Angola. In this 2001 photo, Sgt. Boo McKey oversees a work crew. Bill Haber/AP hide caption 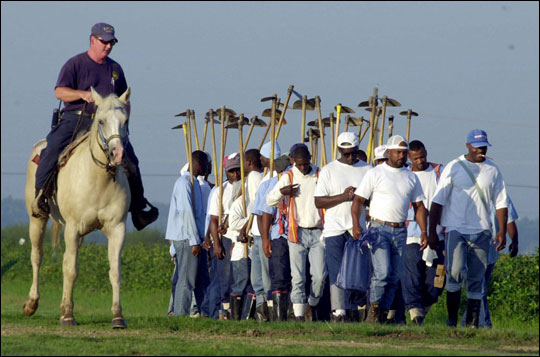 Most inmates work in the fields at Angola. In this 2001 photo, Sgt. Boo McKey oversees a work crew.

In the second part of this series, we look at how the wife of the lead investigator ended up on the jury and why the key witness was promised a pardon.

In the third part, a long-lost witness is found and another suspect emerges.

Albert Woodfox got a rare glimpse of the outside world when he left his cell for a court appearance in January. Court Photographer hide caption 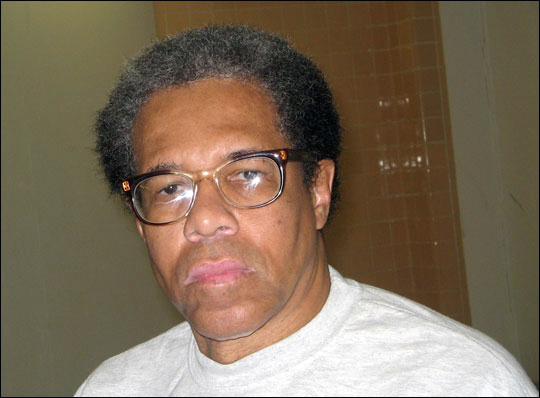 Albert Woodfox got a rare glimpse of the outside world when he left his cell for a court appearance in January.

A federal judge has recommended that Albert Woodfox's conviction be reversed on the grounds that he was not adequately represented by his lawyer. You can read the whole report here. 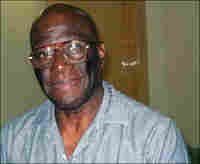 Herman Wallace has spent 36 years in a 6-by-9-foot cell for the murder of Brent Miller. Court Photographer hide caption 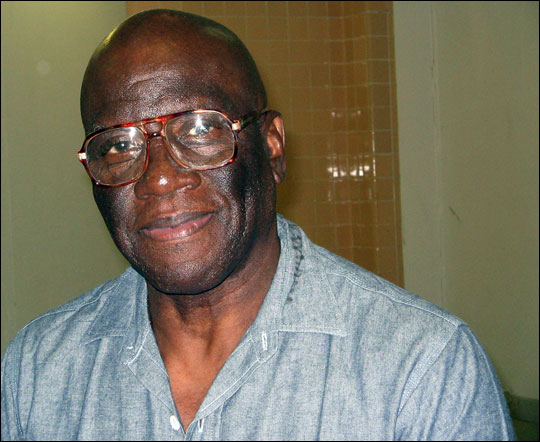 Herman Wallace has spent 36 years in a 6-by-9-foot cell for the murder of Brent Miller.

Deep in the Louisiana hills, a long winding road dead ends at Angola, a prison unlike any other. It's the size of Manhattan, 30 miles from the nearest town, a place unto itself.

It was in this faraway place that a 23-year-old corrections officer was stabbed to death with a lawnmower blade in 1972. In the almost 40 years since, those are about the only details of the crime anyone can agree on.

Two men — Herman Wallace and Albert Woodfox — were quickly convicted of killing Brent Miller. A judge sentenced them to life; the prison put them in solitary confinement — for 36 years. It's the longest any inmate has spent in isolation in modern U.S. history. Now, all these years later, the murder seems even more unsettled and elusive than it did then, and there are questions about their guilt.

Most of the people who were there at the time of the crime are dead. Those who are left seem to want to bury this case in a place where no one will find it.

"We don't talk about those, just can't do it," he says in his office. "Really, that's not the deal."

Many other former and current officials say they will never talk about what happened that early April morning. But across the Louisiana hills, Miller's death hangs in the air like Spanish moss.

The prison firing range is named after him. His picture hangs at the front of the prison museum. And every 90 days for the past 36 years, the warden at Angola stamped a paper keeping two men in solitary confinement.

A few months ago, the men were moved to a maximum-security wing. But to grasp how two men could spend almost four decades in isolation, you have to understand Angola.

"Small town America, that's exactly what you have," says Melody Spragg, the hospice coordinator at Angola and an unofficial tour guide.

She's looking past a flawlessly manicured stretch of lawn to hundreds of perfectly painted homes. This, too, is the prison; Angola's correctional officers live on site. It was here at B-line, as they call it, where Miller was born and raised.

"We've got trees, we've got a park for the residents of B-line," Spragg says. "I think they started a skateboard park. We have a pool over there, a family rec center."

In this part of Angola, there's not really anything that connotes maximum-security prison — except for the inmates. All day long, men in white uniforms are cutting grass, painting houses, planting gardens, free of cost to the prison staff. It's a tradition at this historically black prison run largely by white officers.

While most inmates are sent to the fields to work, these jobs go to those who are considered the best-behaved.

Inmate Ricky Hawthorne apparently fit the officer's bill. He meticulously waters a bed of marigolds for the third time today.

"They brought these over here and told me to just keep them watered and they would grow and they would be beautiful," he says, answering every question with a snappy "yassuh" the way all the inmates here seem to do.

Down the road, a group of inmates are sitting under a tent waiting to wash officers' cars. The wardens and deputy wardens have what they call "House Boys" — inmates who cook for their families and clean their homes. When there's a chore to do, officers just pull an inmate from the prison camps.

"Angola is home to me," says Dora Rabalais, who has been living in the neighborhood since Miller was just a boy, playing football in these streets with his brothers. "It's a family — a family of people that work together, play together, pray together and even have their own little family fights just like any other family would have."

Like most families here, Rabalias' son and grandson now work at the prison, where she and her husband worked for decades. In a place so remote, it's hard to know what's nepotism. There's simply no one else to hire.

Here at Angola, the officers aren't called officers, or even guards. They're called Freemen. Just down the road is acre after acre of corn, soybeans and cotton. In the distance on this day, 100 black men toil, bent over in the field, while a single white officer on a horse sits above them, a shotgun in his lap.

And just past these fields, hovering next to this idyllic little neighborhood where Miller grew up, are the prison dorms where he went to work — the dorms where he died, when Angola was known throughout the country as "the bloodiest prison in America."

"I tell you, that was appalling," says Lloyd Hoyle, the deputy warden at the time. "I tell you, I wasn't even working there, and I almost shed tears because of the conditions of that prison you would not believe it."

Hoyle was a prison warden from Iowa. He still remembers when Warden Murray Henderson asked him to come look around the penitentiary.

"I looked at it," he remembers, "and I says, 'Murray, there's nothing you could do to this prison, nothing, that wouldn't be an improvement.'"

Hoyle says there were 200 armed convict guards, who abused and tortured the inmates. Many of the paid guards were illiterate. There was a prisoner slave trade and rampant rape; inmates slept with JC Penny catalogs tied to their waists for protection.

Wilbert Rideau was an inmate at the time and former editor of the prison newspaper, The Angolite.

"It was getting progressively worse," Rideau says, shaking his head.

To keep order, there were fewer than 300 correctional officers, men like Bert Dixon.

"It was rough, inmates killing inmates, yes it was bad," Dixon says. "We didn't have the personnel they have now, to be able to watch the inmates. The inmates were on their own."

With so little to lose, an inmate tried to escape almost every day, running fast and furiously from the cotton fields. Dixon and his father ran the bloodhounds through the woods, chasing all of them down.

"Back in those days when an inmate escaped, we didn't come back until we caught him," he says. "I've gone to sleepwalking at night, I be so tired."

Within the prison, a war was brewing between the inmates and the guards for control. Years of racial and political turmoil were boiling over. Many inmates were turning to radical political movements, and in some cases, violence. Just one day before Miller was killed, a group of inmates attacked a guard shack with a fire bomb, injuring an officer.

Angola officials would not allow me to interview inmates who were at Angola in 1972. But those I did talk to, on the condition I not give their names, say they remember the two men convicted of Miller's murder.

At the time, they were both serving 50 years: Woodfox for armed robbery, Wallace for bank robbery. Inmates say they used to hold meetings behind the dorms, saying they were starting a Black Panther chapter within the prison. Tall, lean and muscular, they walked around wearing black berets, talking about revolution in a segregated, entirely white-run, southern prison.

Wallace and Woodfox are still at Angola. But none of the inmates have seen them in 36 years, not since Miller was murdered on the floor of a prison dorm.

In part two, we take a closer look at the brutal murder of Brent Miller and the unusual investigation that followed.