Accessibility links
Medal Of Honor Recipient Asks: 'If Not Now, When?' In his memoir, retired Col. Jack Jacobs tells the story of a short, smart-alecky kid from Brooklyn who becomes a courageous soldier and outspoken member of the military community. Jacobs rescued 14 men during an ambush in the Vietnam War and was awarded the Medal of Honor.

Listen
Medal Of Honor Recipient Asks: 'If Not Now, When?' 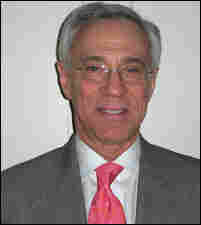 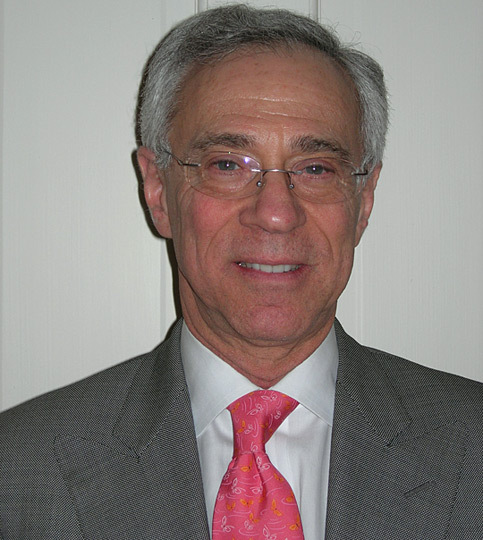 In his memoir, retired Col. Jack Jacobs writes about his military career.

Jack Jacobs was a first lieutenant fighting in the Vietnam War when he rescued 14 men during one particularly fierce incident. In his new book, If Not Now, When?, he recounts what happened on March 9, 1968, at 8:45 a.m.:

"I throw a hand grenade into the bunker and scramble back across the open area, chased by snapping bullets until the grenade explodes. I drag a wounded soldier with me. We do this over and over, inching forward, rifles spitting, hauling wounded friends back. Some are still alive, bleeding and in pain, but others have stopped bleeding, at peace and no longer overcome with the fear that strikes us all."

For his courage, Jacobs was awarded the highest military recognition, the Medal of Honor. He also has three Bronze Stars and two Silver Stars. But his book, co-written by Douglas Century, doesn't dwell on these heroics, nor does it glorify war. It's an American story of a short, smart-alecky kid from Brooklyn and his life as a soldier — a soldier who becomes a hero and an outspoken member of the military community.

Jacobs, now a retired colonel, was also wounded on that March morning in 1968. "We were in an ambush," he tells his friend and former colleague, NPR's Alison Stewart. "The enemy let us get to within about 50 meters of their positions. There were about 300 of them, and I, along with just about everybody else out in the open, was wounded."

"I was wounded in the least significant portion of my anatomy — my head. Any other place would have been really bad news. ... Actually, I'm still picking bits and pieces — 40-some-odd years later — out of my head and face, but I managed to survive."

Jacobs says the title of his book relates to his experience in Vietnam.

"Somebody asked me, years later, what was going through my mind, beside the shrapnel. It was the realization that though everybody on the battlefield was killed and wounded, something had to be done. It was a genuine crisis. And I perceived that I was the only person who could do it," he says.

"And it's a throwback to an old line from Hillel, the first-century Talmudic scholar, who said, basically, 'If not you, who? And if not now, when?' And I thought that if I didn't do something, nobody else could, and I better do something. And so I did." 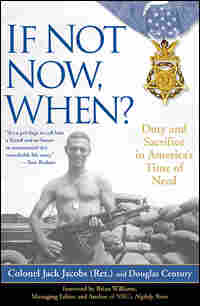 When I was decorated in 1969, there were 450 living recipients of the Medal of Honor. Today, there are only about one hundred, and the average age is near eighty. Statistically, in five years there will only be fifty or sixty still alive, and in less than fifteen years there will be none of us left. There has not been a living Medal of Honor recipient from any conflict since the war in Vietnam.

Perhaps now resigned to the verity that time waits for no one, recipients get together as often as possible, but forty years ago, when men now long gone were still young and were going to live forever, we gathered only every other year. At the first Medal of Honor Society dinner I attended, my tablemates included Charles "Commando" Kelly, the first recipient in Europe in World War II; the flamboyant marine aviator Pappy Boyington; and the World War I ace Eddie Rickenbacker, who sat to my immediate right. I was twenty-six and passing dinner rolls to a man who had piloted a biplane in dogfights against the Kaiser's "Flying Circus," before my father was born. And it is even more astonishing that also in attendance was Bill Seach, who was born in England in 1877 and had received the Medal of Honor for, among other exploits, leading a bayonet charge during the Boxer Rebellion in China in 1900. These men, proud representatives of both their nation and the valor of their fallen comrades, are all gone now.

Today, the oldest living recipient of the Medal of Honor is John Finn, who was decorated for action on Pearl Harbor Day. Born in 1909, John joined the Navy in 1926, and, loquacious as we all tend to be when we finally grasp that we have too many stories and not enough time, he will transfix anyone who cares to listen with tales of what it was like to grow up before the First World War and to ply the Yangtze River as a young sailor aboard an American gunboat.

In 1941, he was stationed in Kaneohe Bay, with a squadron of Navy patrol planes. Rudely rousted from bed by the cacophony of the Japanese bombs destroying the fleet anchored at Pearl Harbor, John raced from his quarters, sped to the hangars that housed his aircraft, and manned a .50-caliber machine gun mounted on an exposed section of a parking ramp. For the next two hours, Finn, in the open and suffering from more than twenty shrapnel wounds in his back and stomach, blasted at the attacking enemy planes, hitting many of them and not relinquishing his post until the attack was over. Even when we were young, those of us who were raised on stirring John Wayne war movies assumed that there was more than a little hyperbole and cinematic license in them. But for forty years I have known a man whose real-life exploits render the movies limp, pallid, and ineffectual in contrast. Art can often approximate life, but it has a hard time doing it justice.

Not long ago, I asked John what he was doing at the precise moment when the Japanese attacked Pearl Harbor.

"Truth be told, my boy," John said, "I was in bed with a good¬looking gal."

I asked if he ever saw her again.

"See her again?" said John. "She was my wife for sixty years!" Then he slapped his knee and bellowed with laughter.

Recipients of the Medal of Honor really have little in common. They have been from every state, economic station, and ethnic group. But they have shared a strong sense of duty and of purpose and the motivating burden of personal responsibility at the perilous point of decision. They feared death, but their biggest fear was failing themselves, their friends, and their nation, and thus they have been no different from the tens of millions of the other men and women who have served in uniform.

When the Japanese attacked on December 7, 1941, most Americans did not know where Hawaii was, let alone Pearl Harbor. And yet on the very next day, thousands of Americans rallied to the nation by offering their services in its defense. During World War II, almost every household made some contribution to the effort, and nearly half a million Americans sacrificed their lives so that hundreds of millions of others could live.

Today, a small number of brave and dedicated young Americans have answered the call, and whatever else one can argue about the merits of recent uses of military power, it is impossible not to revere the patriotism of these volunteers. More Americans were killed in New York on September 11, 2001, than were lost on December 7, 1941, and yet the response was a small fraction of that after Pearl Harbor. What is interesting, and more than a little distressing, is that the number of people wearing the uniform is only a bit more than 1.5 million on active duty, and that this represents only about one-half of one percent of Americans.

One may reasonably inquire why, if the war in Iraq is so unpopular, there aren't riots in the streets as there were during the war in Vietnam. One answer is that our service members are all volunteers, and no one else has to serve. This country has been going about its business almost as if nothing catastrophic has occurred, while the sacrifice has come from only a few citizens. Those of us who don't serve have thus outsourced our defense to those who do. One could argue persuasively that if all citizens had a stake in the protection of our freedom, the arbitrary use of the military instrument of power, as a first resort, would be very difficult to engineer.

Other than paying taxes and having a measure of sympathy and support for the troops, it is difficult to see what the polity is doing to defend itself. Like military units and corporations, societies survive only if all its members participate in nurturing it, and the survival of the American democratic experiment is not enhanced by the asymmetrical distribution of sacrifice we have now. It is dangerous when there is a wide gulf between a society and those who protect it, and participation is the only way to narrow the gulf.

If you have been getting something for nothing for a long time, it's tough to convince you to pay for it. But pay Americans must. In the years since the end of World War II, we have experimented with a number of schemes for producing the force we have needed, but none has been based on the notion of shared sacrifice. It is arguable whether the current volunteer system or one in which we relied on a draft is worse, but suffice it to say that they are both bad. We don't need selective service. We need universal service. But there is great political danger in merely suggesting that all Americans contribute in a meaningful way to our collective defense, and so no politician who wants to keep his job will do it. Consequently none does, and we are the poorer for it.

A society coheres only when it shares beliefs and experiences, and humans rarely value things that are acquired at no cost. With a minuscule percentage of people making a contribution to our defense, we will not be successful in protecting a country of more than three hundred million people, worldwide obligations, and threats from a variety of malefactors who want to see us destroyed.

Some of us are fortunate to spend some time with the few who have served and bear the scars to prove it. Yes, visiting badly wounded troops makes you self-conscious, uncomfortable, frustrated, angry, and guilty. But it also generates pride that our society can produce such magnificent young people. They have an unquenchable optimism, a certainty that they will overcome the rotten luck and physical constraints, and a conviction that they will prevail. With the same dedication they displayed in volunteering to be our proxies, and in taking care of each other on the battlefield, these splendid citizens take pride in working hard every single day to accomplish simple things that the majority of us take for granted.

The United States of America would be a much better place if we would emulate them. 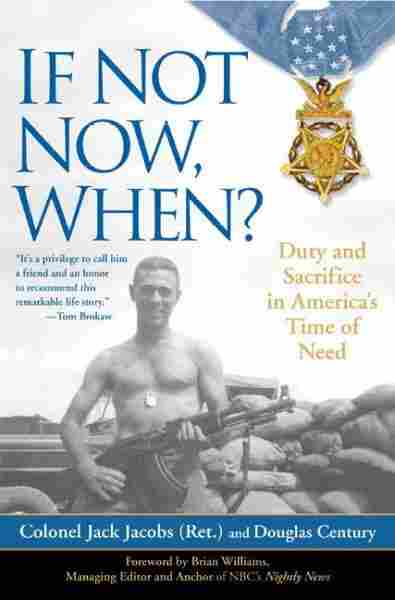 If Not Now, When?

Duty and Sacrifice in America's Time of Need