Accessibility links
Vashti Bunyan: 40 Years Later, A Musical Rebirth In 1964, with the help of The Rolling Stones, a shy 19-year-old Londoner named Vashti Bunyan decided to try her hand at becoming a folk-pop singer. Three years later, she quit. But after four decades, Bunyan has returned for another chance at stardom. 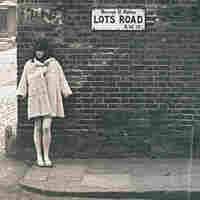 Vashti Bunyan in London, photographed early in her music career. Courtesy of the artist hide caption 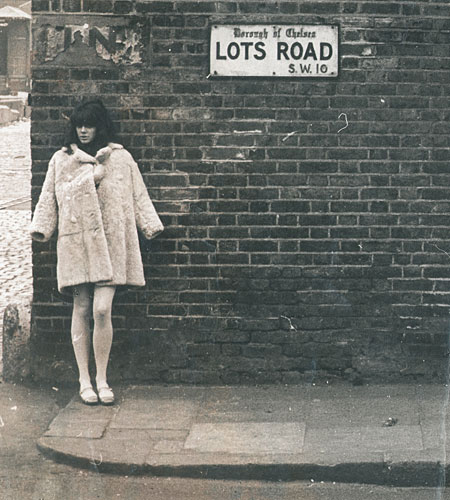 Vashti Bunyan in London, photographed early in her music career. 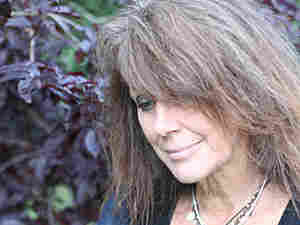 Back in the mid-'60s, Andrew Oldham, manager of The Rolling Stones, saw something promising in a quiet young singer-songwriter named Vashti Bunyan. So he brought her into the studio to record a single called "Some Things Just Stick in Your Mind," written by Mick Jagger and Keith Richards. Oldham himself presided over the session.

"Oh, yeah, he was there," Bunyan says. "Mick Jagger was there. Everybody was there. But nobody really spoke to me, and I certainly didn't speak to anybody. I was way too shy."

"Though I had a huge ego about my songs," she says. "I thought these were great and everybody should listen to these. But as a person, I had no way of persuading anybody. I was just way too shy and pretty much merged with the wallpaper, I think."

Bunyan's shyness comes through in her soft, tentative singing. She says that, despite years spent trying to overcome it, singing more strongly just doesn't suit her.

She spent three years recording demos and singles with Oldham and others, but in spite of her own great expectations, she made little headway. In 1967, she says, she decided that she'd had enough.

But if Bunyan's arrival on the London music scene had caused little fanfare, the method of her departure three years later did raise some eyebrows — if only those of her parents. Bunyan had been living with her boyfriend in the woods behind his art school, but they were kicked out. So they decided to move to Scotland, via an antiquated form of transport.

As she and her boyfriend made their slow pilgrimage to Scotland by horse and cart — "Horses don't need petrol," she says — Bunyan says she decided she was done with recording, though she continued to write new songs.

But a chance meeting with the well-known folk-music producer Joe Boyd convinced her to go back into the studio once more, if only to document her journey and record her new songs.

The result was Just Another Diamond Day — an album that, much like her earlier efforts, hardly caused a ripple in the pop-music marketplace.

"People dismissed it as nursery rhymes for children and being very insignificant," Bunyan says. "And I just thought, 'Oh, well, I've made another mistake. They must be right. It must be rubbish. I'll never pick up a guitar again. So I didn't."

"It was like taking a whole part of myself and putting it in a cupboard and putting a padlock on it," she says. "It was painful."

Instead, Bunyan spent the next 30 years raising a family and farm animals in rural Scotland.

Then, a few years ago, while surfing the Web, Bunyan says she was amazed to find that the music she'd given up for good was actually alive and well. In fact, Just Another Diamond Day and other early recordings were becoming cult classics to a new generation of musicians, and in 2004, that album was reissued. In 2005, Bunyan released her first batch of new songs in 35 years on a thoughtful, bittersweet album called Lookaftering.

"When I first got on the Internet and realized that Diamond Day hadn't just disappeared off the face of the earth and that people were still listening to the songs, it made me able to pick up my guitar again and get some kind of meaning back from it for myself," she says.

Bunyan says she's still shy and still bedeviled by issues of self-confidence. But, more than 40 years after she took her first tentative steps down the path toward a musical life, she's now finally leading it. She set up a small home studio, and, with no more children in the house, is hard at work on her next batch of quiet, carefully crafted little folk-pop poems.

"I'm writing about more particular things: more particular emotions and relationships," she says. "I'm just trying to dig a little deeper, maybe? But I've only got five songs so far. So it's kind of hard to tell."