Accessibility links
Director Back For Act 3 Of 'High School Musical' Kenny Ortega returns for High School Musical 3: Senior Year. He says he shared many of the same experiences as the characters in the hit Disney series and that the message of believing in yourself is empowering.

Listen
Director Back For Act 3 Of 'High School Musical' 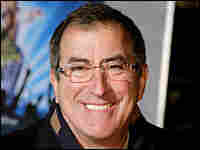 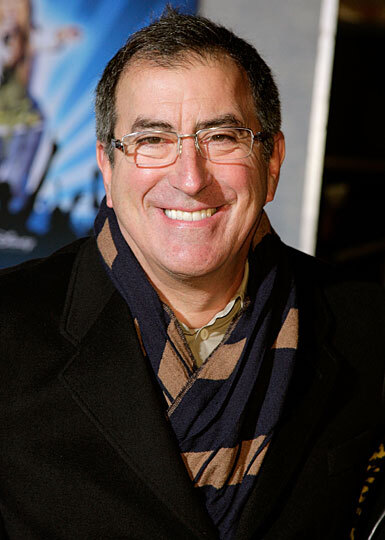 Director Kenny Ortega sees himself in many of the High School Musical characters.

Ortega, who has choreographed music scenes in films for almost 30 years — including on movies like Xanadu and Ferris Bueller's Day Off — tells NPR's Michele Norris that there was something at the center of the High School Musical story that was empowering: "messages about believing in oneself, and that one idea doesn't have to be what defines us — that we can be many things, that we're colorful, that we can sing and dance and play a sport."

Ortega says that this idea struck him in high school, when he had to make a choice between sports and theater, much like the decision the character Troy, played by Zac Efron, faces in High School Musical 3.

"I couldn't believe it," Ortega says, "because I felt it was the two ideas that completed me. I love that this played on supporting the idea of kids to have an imagination about themselves and about their potential."

'The Characters Are Universal'

"Why did I love Funny Girl and Camelot and West Side Story and Mame and Hello, Dolly! and Kiss of the Spider Woman and Singin' in the Rain? I see a little of myself in there, and I think the characters are universal," Ortega says. "And our cast [of High School Musical] has brought something to them — heart and fun and imagination that kids all over are just connecting with...

"For me, I remember my high school days, and there was definitely some of Troy there, but there was also some of Ryan," Ortega says. Ryan is the choreographer for the big number in High School Musical. "I was overly enthusiastic about putting on shows — I was driven, obsessed. I saw West Side Story as a 16-year-old kid and I became obsessed. I wanted to be George Chakiris."

Ortega says he sometimes feels conflicted about the merchandising of High School Musical — now a brand you can find on products like backpacks, pajamas and key fobs — but those products are a major source of funding for the project.

"The question comes up: How much sugar do you put out there before it's enough?" Ortega says. "And I would just say the parents have to be the ones in charge. Disney's going to put out whatever it can put out. There's a hunger for the merchandise, but I also think that at a certain point, it would be unhealthy to allow too much of it into an individual's life."

Future In The Hands Of The Fans

Success breeds sequels in Hollywood, and the main characters of High School Musical have graduated and are now headed to college. But the latest installment in the series introduces a few new characters, including some underclassmen, which has led some to speculate about the series' continuation.

Ortega says he can't promise a fourth chapter, but says he "would stand in line if it's going to be done right. I've had the time of my life. I've really enjoyed being with these characters."

Ortega says the character Sharpay may come back — "a little wink, a little keeping it alive," he says. "But in all of these movies, it's been the fans that have brought us back. I think now Disney is probably looking at this thinking: Wouldn't it be great to keep this going? And if there is going to be a fourth, truly, truly it lies in the hands of our fans."