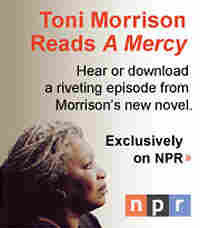 Listen To Toni Morrison Read From And Discuss 'A Mercy'

Toni Morrison on her support for Bill Clinton and Barack Obama

When the time came to bestow a title on her newest novel, Nobel laureate Toni Morrison struggled to find just the right word, something that would perfectly describe the book's denouement.

She fiddled around with the word "mercy," but that didn't feel quite right; the book isn't about large-scale compassion or pity or grace, says Morrison.

Then, with the help of her editor, the author put an article in front: A Mercy. With one small word, the title no longer suggested "the large world of people doing nice things or ... religious versions of God's mercy, but a human gesture — just mercy — and that worked for me."

A Mercy is a lyrical novel set in 17th century America. One of the central characters is a black slave girl whose mother gives her up to a stranger in the hope that she will have a better life. But the book also features white and Native American characters who are working in servitude.

Morrison says she wrote the novel in an effort to "remove race from slavery." She notes that in researching the book, she read White Cargo by Don Jordan and Michael Walsh, and was surprised to learn that many white Americans are descended from slaves.

"Every civilization in the world relied on [slavery]," says Morrison. "The notion was that there was a difference between black slaves and white slaves, but there wasn't."

White slaves, called indentured servants, were people who traded their freedom for their passage to America.

"The suggestion has always been that they could work off their passage in seven years generally, and then they would be free," says Morrison. "But in fact, you could be indentured for life and frequently were. The only difference between African slaves and European or British slaves was that the latter could run away and melt into the population. But if you were black, you were noticeable."

In the past, Morrison said that she didn't want to write about slavery — that it was too big of a topic. "To enter into that arena just seemed to me like entering into the Atlantic Ocean on a tiny little raft," she says.

But then she wrote Beloved (which later won the Pulitzer Prize), and she realized that the key to writing about slavery was to focus on single characters rather than 300 years of history.

"I realized that I could do it if I had a single narrative about people," says Morrison. "If I simply entered the minds and the bloodstream and the perception of individuals, then it was manageable." 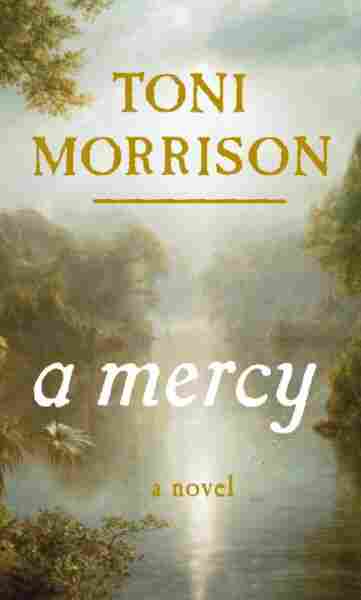