Accessibility links
Fresh Details Emerge In Special Counsel's Ouster New details are emerging about the White House's dismissal of Scott Bloch as special counsel, head of the office that protects federal whistle-blowers from mistreatment. Bloch has been under investigation amid allegations he violated the rights of his own employees. 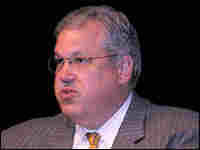 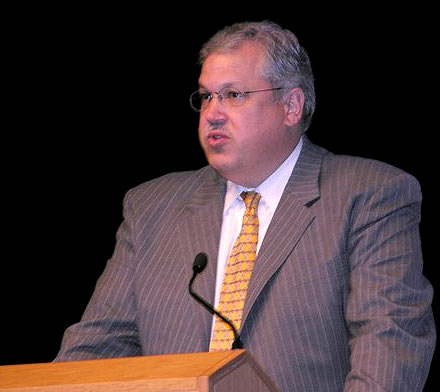 Scott Bloch had been special counsel since 2004.

New details are emerging about the White House's dismissal of Scott J. Bloch as special counsel last week. The Bush administration told Bloch on Thursday that he would no longer serve as head of the office that protects federal government workers from mistreatment.

Government watchdog groups had complained for years that Bloch abused his power. They said he ignored legitimate whistle-blower complaints and retaliated against his own employees whom he perceived as disloyal.

The Office of Personnel Management eventually began an investigation into the claims against Bloch. Bloch then hired a private company to scrub his computer, triggering an FBI investigation into whether the scrub violated obstruction-of-justice laws. Bloch claimed it was to eliminate a computer virus. But even when FBI agents staged a high-profile raid on Bloch's home and office last May, the White House did not take any action.

Sources close to the Office of Special Counsel say the first indication that something was about to happen came about 10 days ago. The White House told Bloch to attend a meeting the following Friday. A few days after he learned of the meeting, Bloch sent the president a resignation letter saying he would step down in January, at the conclusion of his five-year term. After the letter was released, White House officials moved up Bloch's meeting. Thursday morning, they told Bloch he was done.

He was placed on administrative leave with salary through December. While Bloch was at the White House meeting, federal police officers showed up outside his office door to make sure he didn't return.

"It seems like this has been a long time in coming," said Elaine Kaplan, who preceded Bloch as special counsel. "I don't think it matters that he's going to get a paycheck through the next couple months."

She says Bloch's leadership in the past five years has demoralized the career staff, and that many experienced employees have left.

"I view the departure of Scott Bloch with great satisfaction," said Jim Mitchell, who was Bloch's spokesman and chief of staff until Bloch forced him out over the summer. "Bloch was doing harm to the credibility of the office because of all of his problems," Mitchell said. "He also was not much of a leader. He spent most of his days sitting in his office, interacting only with a few senior people and rarely with any of the people who were doing the work in the office."

The current office spokesman referred requests for comment to the White House. White House spokesman Carlton Carroll declined to comment on personnel matters but said the decision to dismiss Bloch was not based on any ongoing investigations.

Debra Katz, a lawyer who represents whistle-blowers in a lawsuit against the OSC, described Bloch's departure as "a really significant event."

"If whistle-blowers get protection again," she said, "the public will be better served."

"We have felt all along that Bloch has been trying to insulate himself from termination," Katz said, "so here it appears that the White House has taken the easy road out, and instead of firing him for misconduct is just allowing him to receive a paycheck."

Another possibility is that the White House wanted to fire Bloch but could not find a good enough reason. After all, Bloch's supporters point out, although the complaints against him are legion, no one has charged Bloch with a crime.

The Office of Special Counsel had an all-staff meeting Thursday afternoon. The agency's top lawyer told everyone that Bloch was gone. Sources said there was an awkward silence at first before someone cracked a joke about getting Bloch a going-away present. Then everyone relaxed, and at the end of the meeting, people burst into applause.

When asked why, an OSC employee replied, "The reign of terror was over."