Accessibility links
A New Life For IndyMac Borrowers When the federal government took over IndyMac Bank, Cynthia Hendrix and other consumers with home loans from IndyMac got brand new loans — and a new chance to keep their homes.

Customers line up in front of an IndyMac Bank branch in Santa Monica, Calif., in July. The federal government seized and reopened IndyMac in one of the largest bank closures in U.S. history. Gabriel Bouys/AFP/Getty Images hide caption 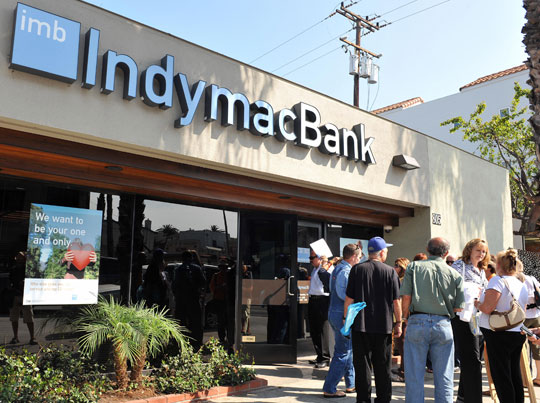 Customers line up in front of an IndyMac Bank branch in Santa Monica, Calif., in July. The federal government seized and reopened IndyMac in one of the largest bank closures in U.S. history. 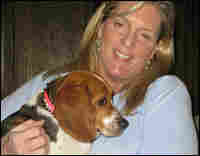 Cynthia Hendrix took out home equity loans to pay medical bills and fell behind on mortgage payments earlier this year. Then the government took over IndyMac Bank, and she got a new lease on life. Yuki Noguchi/NPR hide caption

A few weeks ago, the focus of the economy was on banks. Now, a growing number of policymakers and industry watchers say preventing foreclosure is the key to preventing a bigger backslide in the economy.

The model, some say, is IndyMac Bank.

The bank failed in July and is now run by the Federal Deposit Insurance Corp. Led by Chairman Sheila Bair, the FDIC has pushed for a more aggressive system to rework loans en masse.

"We need to act quickly and we need to act dramatically to have more wide-scale, systematic modifications," Bair told the Senate Banking Committee last week.

But finding a compromise between a lender and a borrower that keeps a home from foreclosing is a hugely difficult task. Many loans are held by multiple investors, all of whom must agree to rework a loan. Evaluating the financial strength of the borrower can also be tough. Some borrowers have lost their jobs, or they got loans that required little financial documentation.

IndyMac got lenders to agree to participate in its program. Then it set up a computerized system to sift through hundreds of thousands of loans. It identified the roughly 65,000, or 10 percent, of IndyMac home loans with payments more than 60 days overdue. Those with financial documentation, proof of income and the ability to meet a reasonable payment have been offered new mortgages.

So far, IndyMac has reworked the loans of 3,500 homeowners, with a goal of reworking 20,000 by year's end. Bank of America, which recently purchased Countrywide Financial, is using a similar model to try to work out some of its troubled mortgages.

Cindy McGovern, manager of the IndyMac call center in Austin, Texas, said the bank fields 6,000 to 7,000 calls each day. Loan counselors look at clients' expenses and sometimes counsel them to get rid of a home phone line or cable TV to be able to qualify for a mortgage rework.

But sometimes borrowers owe too much on their homes, or their other expenses dwarf their incomes.

"We want to help everyone, but sometimes the affordability isn't there," McGovern said.

One of the beneficiaries of IndyMac's program is Cynthia Hendrix, who lives in Howell, N.J., with her husband, Tom. The mother of two made a six-figure income and lived in a home with a nanny and a housekeeper until she and her family faced a string of medical bills that left them 30 days from foreclosure.

The family now lives in a small 1940s ranch home that is falling apart. The kitchen lacks cabinets, and the thermostat is dangling from a hole in the wall. Sewage recently flooded the place.

Hendrix said her strategy was to try to pay just enough to avoid foreclosure.

In August, IndyMac offered to reduce her interest rates, which meant her monthly mortgage, including taxes, would drop from $4,300 to $2,600.

"It was like a gift from God," she said. For the first time in years, she is current on her mortgage and saving for retirement.