Accessibility links
That's It, I'm Moving: A Musical Guide To Canada The nation's blowhards have just a few days left to indulge in a time-honored quadrennial tradition: announcing that, if a certain candidate is elected president, they'll pull up stakes and move to Canada. Before jumping in the car and heading north, get to know some of the music that you'll soon call your own. 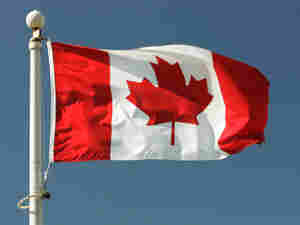 The nation's blowhards have just a few days left to indulge in a time-honored quadrennial tradition: announcing that, if a certain candidate is elected president, they will pull up stakes and move to Canada.

Regardless of political affiliation, these rants remain impressively consistent: "Are you kidding me? This country might actually elect [John McCain/Barack Obama] and that horrible [Sarah Palin/Joe Biden]? No way, man. No way. If that happens, I'm moving to Canada — forget it. At least they have [a conservative prime minister/lax enforcement of marijuana laws]."

Of course, there's more to Canada than its proximity to the U.S. and its residents' pronunciation of the word "about." There's also a musical legacy that's as rich, diverse and occasionally regrettable as our own.

Just as Canadian TV networks are required to program a percentage of "Canadian Content," American writers discussing Canadian music are required to make jokes about Bryan Adams. But they must also acknowledge the likes of Joni Mitchell, Leonard Cohen and Neil Young before fawning over these artists and many more. 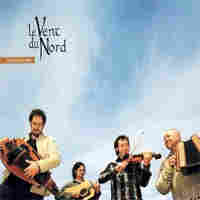 Quebec's Le Vent du Nord (translation: "wind from the north") is known for its unique blend of musical elements: Its members sing in French and play traditional Quebecois music that's heavily influenced by the Celtic sounds of Ireland. While most of their songs employ string instruments common to folk music -- guitar, mandolin, acoustic bass and fiddle -- they also fill out their arrangements with curiosities like the hurdy gurdy and a foot-tapping board used for percussion. That foot-tapping board can be heard in "Le vieux chevel," and as the lone accompaniment to the group's exemplary vocal harmonies, which feature a variation on Celtic "mouth reel" and French-Canadian scat singing called "turlutte." 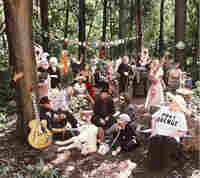 Montreal’s indie-rock scene has already churned out the likes of Arcade Fire, Besnard Lakes and Wolf Parade in recent years, and Plants and Animals' orchestral pop is more than worthy of its hometown peers. The power trio's pop-rock is often adorned with lilting choirs, chiming autoharp and impressive brass arrangements. As melodies sprawl through jammy folk, psychedelia and classic-rock riffs, songs like "New Kind of Love" demonstrate a expansive sound that's as grand and majestic as Canada itself. 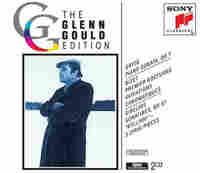 Glenn Gould once described himself as "a Canadian writer, composer and broadcaster who happens to play the piano in his spare time." That's the sense of humor that those who knew Gould always talk about. Gould is better known for his eccentricities -- and, of course, his blistering recording of Bach's Goldberg Variations, which launched his career in 1956. Less well-known are Gould's radio documentaries, including The Idea of North, a fascinating, multilayered meditation on Canada's tundra and taiga. Also little-known was his fascination with the piano music of Finnish composer Jean Sibelius, who, like Gould, often pondered the "northern" sensibility. Gould made this recording in Toronto in 1977, five years before his untimely death at age 50. 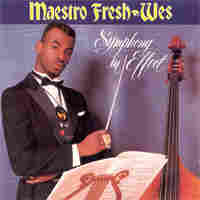 Maestro Fresh Wes released his first album, Symphony in Effect, in 1989, and to this day it's the top-selling Canadian hip-hop album of all time. After almost 20 years, it's nearly double-platinum. Wes remains a force up north, as evidenced by the comments of people watching the video of "Drop the Needle" on YouTube. Steel Slinga raves, "the 1st real rapper in d world... dont u forget it ! canada 4 eva!!!" while Maginot notes, "Maestro Fresh Wes is DA BEST IN CANADA!" Skyhacker007 is no less effusive, adding "go canada! classic scratching and cuts, makes me wanna get a high top fade, word to your mom." 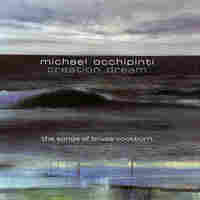 If I Had a Rocket Launcher

Jazz guitarist, composer and arranger Michael Occhipinti recently released an album, The Sicilian Jazz Project, which draws on his Sicilian-Canadian heritage. But he's probably best known for his work with the ensemble NOJO and his album Creation Dream: The Songs of Bruce Cockburn. Without vocals, "If I Had a Rocket Launcher" captures fellow Canadian Cockburn's outrage over the misery caused by Guatemala's military dictatorship, thanks in large part to the bass clarinet of Don Byron. 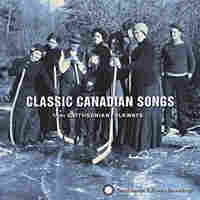 If Tuesday's election results drive you to eschew society altogether, you may find yourself wandering the rugged landscape of Canada's vast wilderness. Prepare yourself with a pocketful of Tim Hortons doughnuts and these calls of the wild. Documented in the 1950s by renowned Canadian folklorist Helen Creighton, this field recording captures a spirited demonstration of the art of moose and bear calling with Nova Scotia local Sandy Stoddard. Listen and learn.