Accessibility links
Kate Atkinson Returns, Looking For 'Good News' In the author's third Jackson Brodie mystery, a train crash connects a tangle of characters and crimes. The novel explores the line between protectiveness and violent possessiveness. 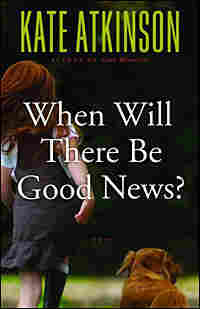 When Will There Be Good News?
By Kate Atkinson
Hardcover, 400 pages
Little, Brown and Company
List price: $24.99 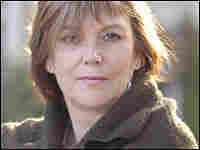 Most thrillers cast their murderers from a dependable trinity: Lecter-like mastermind, garden-variety psychopath or misfit bent on revenge. But in the third in a series of mysteries featuring the shambling, world-weary detective Jackson Brodie, novelist Kate Atkinson takes on a depressingly real-life boogeyman: the guy who kills women and children.

A sharp departure from Atkinson's coolly constructed Case Histories and its antic, wandering follow-up One Good Turn, When Will There Be Good News? combines the pathos of the first and the rudderless drift of the second to craft a text both urgent and unsettling.

Joanna Hunter is a successful physician and mother, the lone childhood survivor of a brutal attack in which her mother and siblings were murdered by a drifter.

Hunter's nanny, the recently orphaned Reggie, is plagued by a brother whose unsavory connections get her apartment firebombed.

Tetchy detective Louise Monroe (whom we first met in One Good Turn) ducks her new role as the wife of a posh, genial surgeon to surveil the house where a husband recently shot up his daughter's birthday party, knowing he'll likely return to kill his wife, who survived.

Even detective Jackson's home life is in disarray: the lovable bear, once tormented by the lost girls he makes his living finding, now stalks his ex's son, patting his head at soccer practice to pluck a hair for a paternity test.

When Joanna Hunter is kidnapped along with her infant son, the concurrent release of her family's murderer from prison brings together all four characters in a tangle of events. But the plot points are only stays holding together a far greater mystery: Where does the line between violent protectiveness and violent possessiveness gets crossed?

Ruminating on the latter's ubiquity, Louise wearily details "... guys who attacked women and children. They were different from guys who attacked women on their own, different too from ex-partners who jumped off cliffs and balconies with their kids, who ran exhaust pipes into cars with the kids in the back, who suffocated them in their beds, who ran after them with knives and hammers and clotheslines, all on the basis that if they couldn't have their kids, then nobody was going to, and particularly not their kids' mothers." The mothers themselves, Louise thinks, are also in a singularly vulnerable position: "If you were on your own, you could fight, if you were on your own, you could run. You couldn't do either when you were with children."

But if When Will There Be Good News? offers a distinctive examination of domestic violence, its take on the "visceral and overpowering" nature of love (quoth Jackson) is also singular. Atkinson's view of family roils with danger and possibility that eclipse the intrigue of romantic love. As marriages fly apart, the happy couple left standing at book's end is Joanna (left for dead twice and come back both times) and nanny Reggie, clucking happily at the baby, in a place where "the bond at the heart of everything," as Louise says, manages to be the only one that endures.

Excerpt: 'When Will There Be Good News?"

When Will There Be Good News?
By Kate Atkinson
Hardcover, 400 pages
Little, Brown and Company
List price: $24.99

The heat rising up from the tarmac seemed to get trapped between the thick hedges that towered above their heads like battlements.

"You were just a baby," their mother said to Joanna. "Like Joseph is now." Jessica was eight, Joanna was six.

The little road (they always called it "the lane") snaked one way and then another, so that you couldn't see anything ahead of you. They had to keep the dog on the lead and stay close to the hedges in case a car "came out of nowhere." Jessica was the eldest so she was the one who got to hold the dog's lead all the time. She spent a lot of her time training the dog, "Heel!" and "Sit!" and "Come!" Their mother said she wished Jessica were as obedient as the dog. Jessica was always the one who was in charge. Their mother said to Joanna, "It's all right to have a mind of your own, you know. You should stick up for yourself, think for yourself," but Joanna didn't want to think for herself.

The bus dropped them on the big road and then carried on to somewhere else. It was "a palaver" getting them all off the bus. Their mother held Joseph under one arm like a parcel and with her other hand she struggled to open out his newfangled buggy. Jessica and Joanna shared the job of lifting the shopping off the bus. The dog saw to himself. "No one ever helps," their mother said. "Have you noticed that?" They had.

"Your father's country-fucking-idyll," their mother said as the bus drove away in a blue haze of fumes and heat. "Don't you swear," she added automatically. "I'm the only person allowed to swear."

They didn't have a car anymore. Their father ("the bastard") had driven away in it. Their father wrote books, "novels." He had taken one down from a shelf and shown it to Joanna, pointed out his photograph on the back cover, and said, "That's me," but she wasn't allowed to read it, even though she was already a good reader ("Not yet, one day. I write for grown-ups, I'm afraid," he laughed. "There's stuff in there, well . . .").

Their father was called Howard Mason and their mother's name was Gabrielle. Sometimes people got excited and smiled at their father and said, "Are you the Howard Mason?" (Or sometimes, not smiling, "that Howard Mason," which was different, although Joanna wasn't sure how.)

Their mother said that their father had uprooted them and planted them "in the middle of nowhere." "Or Devon, as it's commonly known," their father said. He said he needed "space to write" and it would be good for all of them to be "in touch with nature." "No television!" he said as if that was something they would enjoy.

Joanna still missed her school and her friends and Wonder Woman and a house on a street that you could walk along to a shop where you could buy The Beano and a licorice stick and choose from three different kinds of apples instead of having to walk along a lane and a road and take two buses and then do the same thing all over again in reverse.

The first thing their father did when they moved to Devon was to buy six red hens and a hive full of bees. He spent all autumn digging over the garden at the front of the house so it would be "ready for spring." When it rained the garden turned to mud and the mud was trailed everywhere in the house; they even found it on their bedsheets. When winter came, a fox ate the hens without them ever having laid an egg and the bees all froze to death, which was unheard of, according to their father, who said he was going to put all those things in the book ("the novel") he was writing. "So that's all right, then," their mother said.

Their father wrote at the kitchen table because it was the only room in the house that was even the slightest bit warm, thanks to the huge temperamental Aga that their mother said was "going to be the death of her." "I should be so lucky," their father muttered. (His book wasn't going well.) They were all under his feet, even their mother.

"You smell of soot," their father said to their mother. "And cabbage and milk."

"And you smell of failure," their mother said.

Their mother used to smell of all kinds of interesting things, paint and turpentine and tobacco and the Je Reviens perfume that their father had been buying for her since she was seventeen years old and "a Catholic schoolgirl," and which meant "I will return" and was a message to her. Their mother was "a beauty" according to their father, but their mother said she was "a painter," although she hadn't painted anything since they moved to Devon. "No room for two creative talents in a marriage," she said in that way she had, raising her eyebrows while inhaling smoke from the little brown cigarillos she smoked. She pronounced it thigariyo, like a foreigner. When she was a child she had lived in faraway places that she would take them to one day. She was warm-blooded, she said, not like their father, who was a reptile. Their mother was clever and funny and surprising and nothing like their friends' mothers. "Exotic," their father said.

The argument about who smelled of what wasn't over, apparently, because their mother picked up a blue-and-white-striped jug from the dresser and threw it at their father, who was sitting at the table staring at his typewriter as if the words would write themselves if he was patient enough. The jug hit him on the side of the head and he roared with shock and pain. With a speed that Joanna could only admire, Jessica plucked Joseph out of his high chair and said, "Come on," to Joanna, and they went upstairs, where they tickled Joseph on the double bed that Joanna and Jessica shared. There was no heating in the bedroom and the bed was piled high with eiderdowns and old coats that belonged to their mother. Eventually all three of them fell asleep, nestled in the mingled scents of damp and mothballs and Je Reviens.

When Joanna woke up, she found Jessica propped up on pillows, wearing gloves and a pair of earmuffs and one of the coats from the bed, drowning her like a tent. She was reading a book by torchlight.

"Electricity's off," she said without taking her eyes off the book. On the other side of the wall they could hear the horrible animal noises that meant their parents were friends again. Jessica silently offered Joanna the earmuffs so that she didn't have to listen.

When the spring finally came, instead of planting a vegetable garden, their father went back to London and lived with "his other woman" — which was a big surprise to Joanna and Jessica, although not, apparently, to their mother. Their father's other woman was called Martina — the poet; their mother spat out the word as if it were a curse. Their mother called the other woman (the poet) names that were so bad that when they dared to whisper them (bitch-cuntwhore- poet) to each other beneath the bedclothes, they were like poison in the air.

Although now there was only one person in the marriage, their mother still didn't paint. 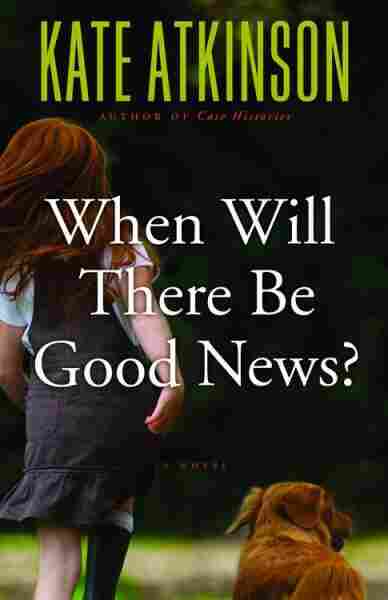 When Will There Be Good News?

Title
When Will There Be Good News?
Subtitle
A Novel
Author
Kate Atkinson