Accessibility links
'Changeling': Against The Odds, A Mother's Fight Clint Eastwood's film recounts the based-on-a-true-story tale of a Los Angeles woman's struggle to find her missing son — after police return the wrong child to her. David Edelstein has a review.

Listen
'Changeling': Against The Odds, A Mother's Fight

Clint Eastwood's film recounts the based-on-a-true-story tale of a Los Angeles woman's struggle to find her missing son — after police return the wrong child to her. David Edelstein has a review.

Clint Eastwood has a new film, his 28th feature as director. It's called "Changeling," and it's a period piece set in the late 1920s. Angelina Jolie stars as the protagonist, a woman whose son disappears. Her antagonists are the L.A. Police department. Film critic David Edelstein has a review.

DAVID EDELSTEIN: Clint Eastwood's "Changeling" is billed as a true story, and at least some of the facts are accurate. Christine Collins, played by Angelina Jolie, was a single mother whose young son disappeared in 1928 and was found six months later, at least the L.A. Police said it was her son. She didn't recognize him, which irritated the police captain, Jones, played by Jeffrey Donovan, to such a degree that when she protested, he threw her into a mental hospital.

It would be a horrific story even if underplayed, but Eastwood shoots it like a horror movie. The boy is lit to resemble the anti-Christ Damian in "The Omen." While in the psychiatric ward, pasty women with wild hair bang their heads against bars and shriek. Ugly nurses leer, and a creepy head doctor plots to throw Christine on a gurney and give her jolts of electricity unless she signs a paper declaring the sinister impostor is, in fact, her son.

The script by J. Michael Straczynski is not just ham handed, it purges all nuance. In reality, it's hard to fathom what Captain Jones was thinking. The challenge to a dramatist would be to give the man reasons we could understand. The film gives us nothing but a chauvinist monster.

Mr. JEFFREY DONOVAN: (As Captain J.J. Jones) Why are you doing this, Mrs. Collins? Why are you doing this? You seem perfectly capable of taking care of the boy. The job pays you enough to attend to his personal needs. So I don't understand why you're running away from your responsibilities as a mother.

Ms. ANGELINA JOLIE: (As Christine Collins) I'm not running away from anything, least of all my responsibilities! I am even taking care of that boy right now because I am all he has. What worries me is that you have stopped looking for my son, and that is your responsibility.

Mr. DONOVAN: (As Captain Jones) Why should we be looking for someone we've already found?

Ms. JOLIE: (As Christine Collins) You have not found him.

EDELSTEIN: You can hear that Jolie is acting with all her heart, and her normally low voice as she pleads is high and raspy, although I couldn't tell if that was her characterization or her lack of vocal training. She wears a cloche hat that sometimes looks like a veil, and her eyes are rimmed in black. She's an object of suffering.

Eastwood, as is his want, shoots her straight on while she emotes. It's one of the most transparent Oscar bait turns I've ever seen, and yet, her character has nothing to do but wait and yell and weep and bond with a fellow inmate, played by Amy Ryan, and endure abuse from demonic male authority figures. The exception is John Malkovich in a ridiculous toupee as a minister who takes up Christine's cause. He's effective when cast against type, but he's such a clammy actor, I kept thinking he had some ulterior motive.

"Changeling" finally turns on an out and out psycho played by Jason Butler Harner, and Eastwood, to his credit, handles the dreadful details of his crimes with tact. But because the movie is shaped around Christine's martyrdom, the sensational atrocity that becomes the focus of the last 40 minutes feels bizarrely beside the point.

It's worth dwelling on one key change in the story's path to the screen. In the movie, Captain Jones tries to suppress the truth about the boy impostor, and it's another detective, played by Michael Kelly, who takes it upon himself to interrogate the kid. In reality, it was Jones himself who decided to interrogate the boy after he'd incarcerated Christine. He got the boy's confession, and he had her released. Someone connected with the film must have thought this would have undercut Jones' villainy, and, of course, it would have. Then you'd have a real drama instead of a one-dimensional melodrama.

In the last two decades, Clint Eastwood has gone from action star to a critic's darling whose later work is seen as revisionist, thus "Unforgiven" was supposedly about the damnation that comes from blowing away bad guys, although in the context of the movie, there was nothing else to do with the bad guys but blow them away.

Some drama, "Changeling" poses as revisionist, too. It was developed as a vehicle for Jolie, but it's easy to see why Eastwood fell on it. For Eastwood, often accused of misogyny and proto-fascism for his early films, the prospect of making a heroic feminist melodrama with a corrupt police force must have been irresistible. The problem is that his touch is nearly as course and bludgeoning as in his "Dirty Harry" days. This gruesomely unpleasant movie takes a fascinating true story and drains it of mystery and of life.

Behind 'Changeling,' A Tale Too Strange For Fiction

Behind 'Changeling,' A Tale Too Strange For Fiction

Mother and murderer: Christine Collins, whose son disappeared in 1928 and was never found, is pictured with Gordon Stewart Northcott, who may have killed him. hide caption 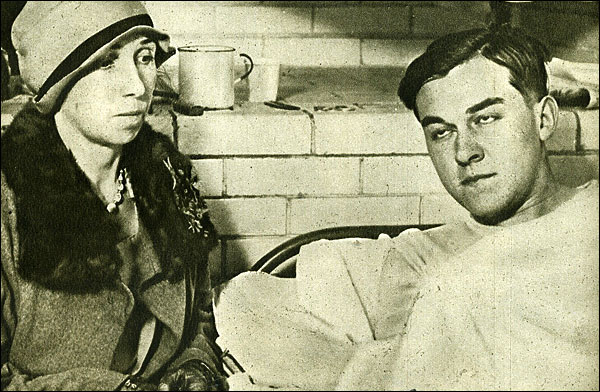 Mother and murderer: Christine Collins, whose son disappeared in 1928 and was never found, is pictured with Gordon Stewart Northcott, who may have killed him. 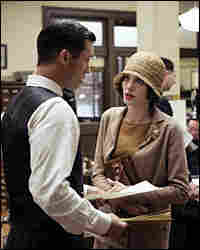 Straczynski's film Changeling focuses in part on the battle of wills between Collins (Angelina Jolie) and J.J. Jones (Jeffrey Donovan), a police captain who locates a boy he says is Collins' son — despite Collins' insistence that he's not. Tony Rivetti Jr./Universal Studios hide caption 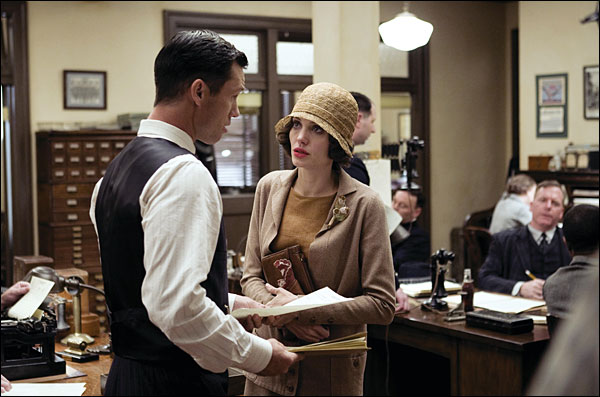 Straczynski's film Changeling focuses in part on the battle of wills between Collins (Angelina Jolie) and J.J. Jones (Jeffrey Donovan), a police captain who locates a boy he says is Collins' son — despite Collins' insistence that he's not. 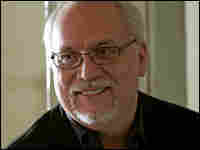 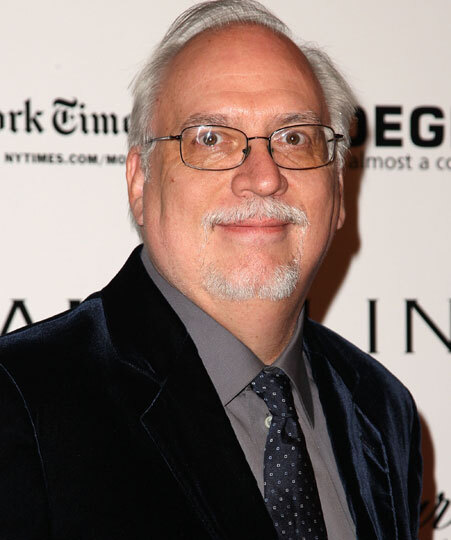 Screenwriter J. Michael Straczynski, a former journalist, heard about Collins' story from a onetime City Hall source — but at first didn't believe the saga of personal tragedy and police-department chicanery could possibly be true.