Accessibility links
How 6 Parts Nearly Delayed World's Biggest Airliner In a global economy, an airplane's production can be threatened by events thousands of miles away. Here's how six pieces of metal almost cost one engineer half a million dollars and held up production of the largest passenger plane in history. 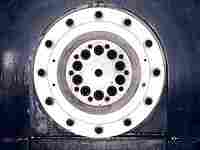 One of the special bearings needed to complete Ben Hempstead's Airbus A380 wing riveter. Brian Smale for NPR hide caption 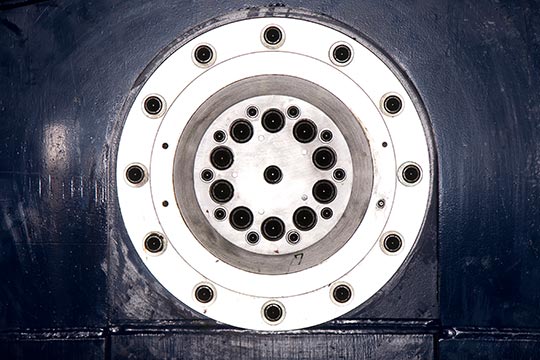 One of the special bearings needed to complete Ben Hempstead's Airbus A380 wing riveter. 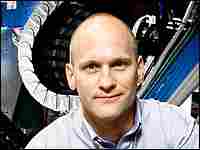 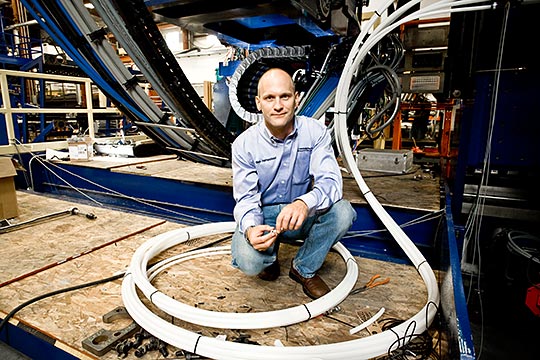 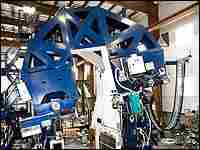 A 120-ton A380 wing riveter under construction at Electroimpact in Mukilteo, Wash. One of the special bearings is visible at the lower left of the riveter. Brian Smale for NPR hide caption 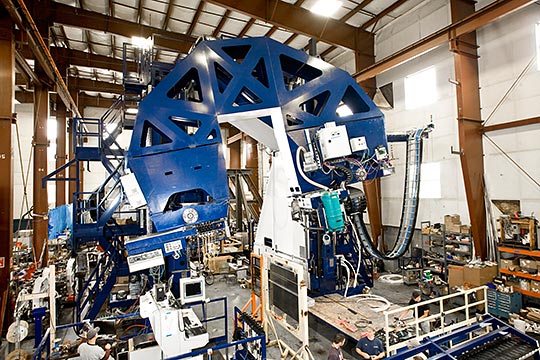 A 120-ton A380 wing riveter under construction at Electroimpact in Mukilteo, Wash. One of the special bearings is visible at the lower left of the riveter. 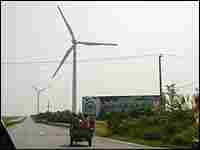 The turbines of this wind farm in Nanhui, China, use the same bearings Hempstead sought. Lizzy Berryman hide caption 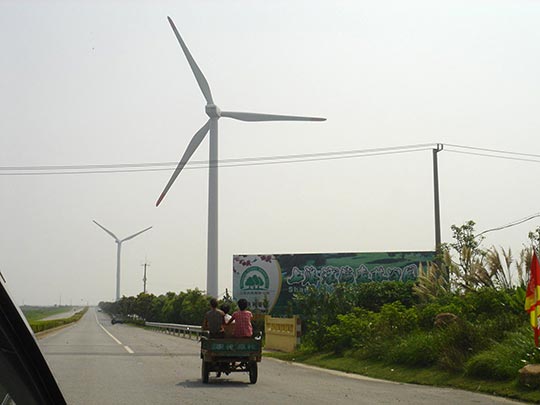 The turbines of this wind farm in Nanhui, China, use the same bearings Hempstead sought.

In a global economy, an airplane's production can be threatened by events thousands of miles away. Here's how six pieces of metal nearly cost engineer Ben Hempstead half a million dollars and held up the largest passenger plane in history.

Last year's fiasco involved the biggest job of Hempstead's life: designing and building a new machine for production of the Airbus A380.

The A380 is "just gigantic. That's the No. 1 cool thing," says Hempstead, a mechanical engineer at Electroimpact in Mukilteo, Wash., near Seattle. "It's so big ... which is always cool to engineers."

It was the kind of project that makes engineers skip to work.

Hempstead was to build what he calls "the A380 wing riveter ... this big multiaxis machine tool that produces wing panels for the wide-body, double-decker jet." Shaped like an enormous hanging claw, the machine goes to town on the wing pieces with drills and rivets.

So he started making routine calls to his suppliers, ordering steel that comes from South Korea or China, wiring from Finland, measuring instruments from Israel. Then he called Germany to secure some ball bearings.

The machine was due to Airbus in six months. And the Germans, Hempstead thought, were the only people who made these particular bearings.

To be clear, the bearings Hempstead needed aren't the tiny little ball bearings on your skateboard. These bearings are large — larger than a dinner plate — and shaped like a Frisbee. And they're custom-made.

But it turned out that the Germans are not the only people who make them.

Some of Hempstead's colleagues reminded him of the salesmen who came by every Wednesday with doughnuts and product catalogues. They'd been pushing a new bearings manufacturer in Japan. Hempstead had always ignored the salesmen because the Germans always had the bearings he required. But this was different. So on a Wednesday morning, Hempstead approached the "doughnut guys."

"Well, their eyes light up," he recalls. "They go back to Japan. They said, 'We would love to sell you these bearings, and we're gonna charge you five times what they're worth, because we can. Because we know you're between a rock and a hard place.'

Hempstead says he started imagining his face on the cover of Newsweek as the guy who held up the world's biggest plane for six bearings.

The bottom line, he says: "Gotta get some bearings."

Who's Buying All The Bearings?

Hempstead had been working in aerospace for 10 years, his colleagues for decades. Any time they needed bearings, they'd just call the Germans. So why, all of a sudden, was he being shoved to the rear of an 18-month queue?

The answer lies in a very specific spot outside Shanghai, China.

On that site sit towering white wind turbines with blades longer than a person. With a quiet whooshing sound, they spin with the help of bearings — exactly the type of bearings Hempstead uses.

Just before Hempstead started scouring the world for his six bearings, China embarked on a mission to ramp up energy production using wind power. And the country didn't just set up a couple of puny wind farms — it became the fifth-largest wind producer in the world.

Every wind turbine there uses about four bearings; China's demand for bearings has tripled in the past five years.

Hempstead used to be one of the only people in the world who wanted the bearings. But suddenly, he was in competition with the People's Republic of China. It's a problem he'd never faced before.

Back On The Hunt

In the end, Hempstead got incredibly lucky. The Germans called at the last minute with a cancellation and were able to supply the bearings in time. Now that the panic of the Airbus project is over, Hempstead has moved on to the next project — one that finds him in need of bearings in the next 12 months.

"Called my supplier the other day, and I said, 'How are we looking for this next project?,' and they're saying, '13-18 months.' " But he's prepared for the delay this time. "It's not a surprise. I see no improvement in the lead time. And looks like that's kinda the status quo for the time being."

So for now, Hempstead will remain tied to a softly whooshing field halfway around the world.

Chana Joffe-Walt is a reporter for member station KPLU.