Accessibility links
A Taste Of Success As a young teacher fresh out of graduate school, Geoffrey Canada saw how even the most troubled children could learn — all it took was finding the right approach. Today, Canada believes dedication and innovative teaching techniques can help any child succeed.

Listen
A Taste Of Success 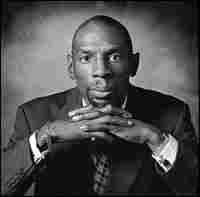 For nearly 20 years, Geoffrey Canada has been president and CEO of Harlem Children's Zone, a nonprofit providing education and support programs for poor families in Harlem. He is the author of Fist Stick Knife Gun and Reaching Up for Manhood.

When I say I believe all children can learn, people sometimes misunderstand.

Because I have been working with poor, minority children in Harlem for the last 25 years, some people think I am talking about good kids in bad environments — that if you give a bright kid from a poor family a good educational support system, he or she can succeed. That's absolutely true, but that's not what I mean.

You see, I truly believe that all kids can learn. I believe it; I've seen it; I've even tasted it.

Back in 1975, when I was coming out of the Harvard Graduate School of Education, I worked in a summer camp in Ossipee, N.H., for kids with the absolute toughest problems: emotionally disturbed kids, autistic kids, oppositional ADHD kids, kids that everyone — even their parents — had given up on.

One of the things that I and the staff would do is cook with the kids. These children didn't know baking powder from table salt, but once they had eaten a warm biscuit out of the oven, smeared with melted butter and a drizzle of maple syrup, they were very motivated to learn how to make some more.

Suddenly, kids who couldn't sit still or focus were carefully eyeballing ingredients as we measured them out, learning the simple math and spelling lessons we could slip in along the way. By the end of the summer, I remember parents breaking down and crying when they saw the progress their children had made.

The biscuits, by the way, were delicious, and I can still remember the taste of them today — and more importantly, I still remember the lesson they taught me: that if we, the adults, can find the right motivation for a child, there's hope for that child's education.

Today, I run two charter schools and a series of educational programs, and we work with over 10,000 kids a year. I make sure that every single one of my staff understands that I don't accept excuses about kids not learning. You can't blame the kids. In my shop, if a child does not succeed, it means the adults around him or her have failed.

That's because the kids with the really tough problems are not going to suddenly start teaching themselves. I believe that we adults have to help them, and that starts with looking hard at each child, finding out what excites them and exploiting that excitement shamelessly.

When I was growing up poor in the south Bronx, one of four boys raised by a single mom, I probably looked like I was heading nowhere, hanging out on the street with my friends and getting into fights and trouble. And I would have ended up dead or in jail like many of my friends if it had not been for a couple of teachers and family members who saw something underneath my teenage tough-guy act. They spotted my fascination with reading, starting with Green Eggs and Ham and later with Manchild in the Promised Land, and they made sure I had great books to read.

Because of that, I have dedicated my life to going back into the most devastated communities in America and making sure kids like me don't get written off.

My first taste of success came way back at that summer camp in Ossipee, N.H. It came with a plate of steaming, hot biscuits that tasted so good I believe they could have brought a tear to your eye.