Accessibility links
How Some Industries May Fare Under Obama An Obama presidency will mean different things to different U.S. industries. Based on campaign rhetoric and conventional wisdom, alternative energy companies and some health care firms could benefit. The petroleum industry could be in for a hard time.

Listen
How Some Industries May Fare Under Obama 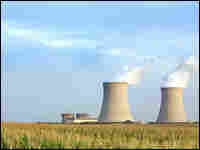 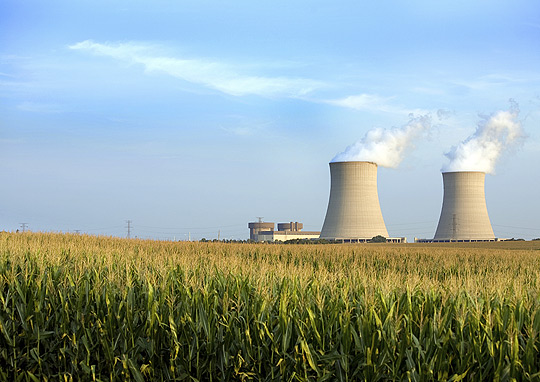 An Obama presidency will mean different things to different kinds of U.S. industries. Based on campaign rhetoric and conventional wisdom, alternative energy companies could benefit. Oil companies and nuclear power producers could be in for a hard time.

Hope was a theme of Barack Obama's campaign for the White House. Now, plenty of industries — even those that don't seem to be obvious winners — hope an Obama administration will help them succeed.

One is the nuclear power industry. While Obama was "less enthusiastic" than his Republican rival, John McCain, about expanding nuclear energy production, "there clearly was a recognition on both sides that nuclear energy must be part of our energy program going forward," says Scott Peterson, a vice president at the Nuclear Energy Institute, a policy organization in Washington. He says Obama "noted that it's unlikely that we can meet our aggressive climate goals if we eliminate nuclear power as an option."

Obama, however, has expressed concerns about the safety of plants and about storing nuclear waste.

Nuclear may not be at the top of his list, but President-elect Obama has indicated that energy issues will be a priority for him.

Tom Konrad, a financial analyst with AltEnergyStocks.com, points out that in his acceptance speech, Obama talked about harnessing new energy and creating new jobs.

The petroleum industry apparently didn't get that memo.

Dan Naatz, a lobbyist for the Independent Petroleum Association of America, says an Obama administration will pose some challenges for the oil and natural gas drillers he represents. But he points out that as a candidate, Obama talked about energy independence, shifting from speaking out against offshore oil drilling to saying he would consider it.

"Certainly, we hope it was beyond idle campaign rhetoric," Naatz says.

Observers say higher taxes on major oil companies could ultimately be in the offing. However, there are also clear energy-sector winners. Obama campaigned on plans to drastically cut emissions of global warming gases, promote plug-in hybrid vehicle technologies and expand alternative energy such as solar and wind.

Marc Bachman, who analyzes the solar industry for Pacific Crest Securities, says such steps should help the companies he watches. Related stocks "will get a boost later on as [Obama] starts to bring some of his plans in and the plans actually start to come to fruition," Bachman predicts.

Health care is another area of big ideas and possible sweeping changes. In the short term, the new president and Congress could force drug companies to negotiate lower prescription drug prices with Medicare, cutting into their profits. Still, Obama's broader plan to insure more Americans might not be all bad for the industry, says Les Funtleyder, a health care strategist for the institutional trading firm Miller Tabak & Co.

"He hasn't appeared that strident in going after health care companies, per se," Funtleyder says. "You know, I think we should give him a chance. ... Now, the market has a tendency to overreact, so I don't think the market will take any chances."

Business leaders are concerned that Obama will eventually raise taxes. But Bruce Josten, chief lobbyist for the U.S. Chamber of Commerce, says right now his organization's top priority is the flagging economy and shaping a new economic stimulus package.

"I think an Obama presidency will share the same interest and concerns of our members and the rest of the American public, and that's get the engine of growth going, get innovation going again, get job creation growing," Josten says.

Representatives of a variety of industries, even those widely seen as potential losers, say they see opportunity with an Obama presidency. That's the thing with a new administration: Cabinet positions haven't been filled and policy ideas haven't been committed to legislation. In most cases, disagreements come down to the fine details. At this point, there just aren't very many.

Obama Faces Transition, Many Challenges Ahead Nov. 5, 2008
Fixing The Economy Is Job One For Obama Nov. 5, 2008
Obama's Early Brush With Financial Markets July 9, 2008